A Reminder to Leave a Little Bit of Love Everywhere we Go. 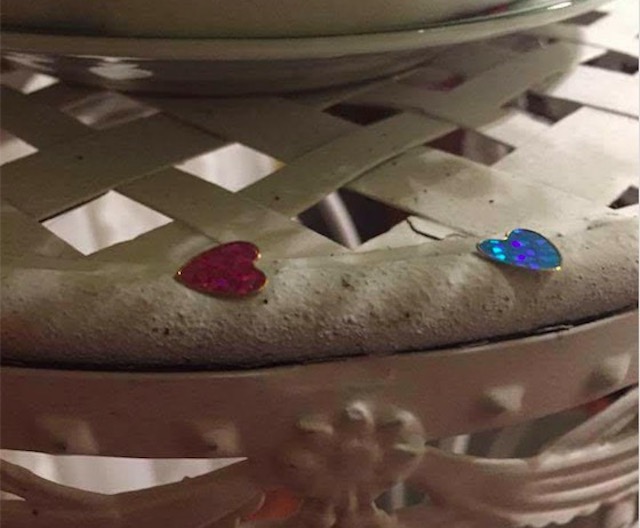 My roommate had to go on a work trip, about a four-hour drive away.

She asked if I wanted to come along. For me, this meant: a weekend away, getting to see some friends that I hadn’t seen in a while, and helping her out a bit working with kids. I said sure.

As funny as it might sound, at the age of 30, I’d never stayed at a bed and breakfast before.

We arrived to a beautiful home with cobblestone steps and a garden outside. Inside? A stunning wooden staircase that looked like it had come from a movie, and more fancy dishes than I would have ever known what to do with. The owner told us that the house was more than 130 years old.

We sat by the lit Christmas tree in the living room for a short while, and then decided to go out to eat. Upon our return, we both had writing to do, and decided to retire to our chambers for the night.

I poured a glass of (incredibly classy) wine and up we went.

When I got upstairs I sat down in a surprisingly comfy armchair, and as I gazed around something strange caught my eye. A small, framed, art piece on the mantle—just over my right shoulder. 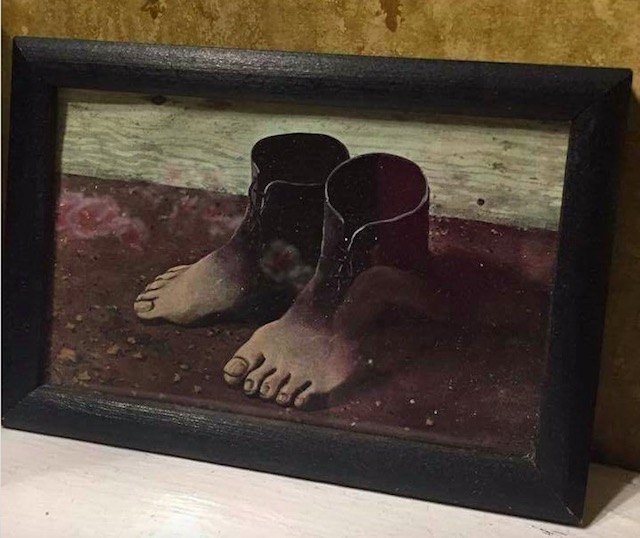 Initially, seeing this was chilling to me. I felt like I had been suddenly transported into an episode of a crime drama. These boots, were made to look like feet—as if someone had walked right out of them, and abandoned them right where they stood. But then, I thought about my beach-loving friends, and how often times they would give anything to be back there again, near the sound of the waves crashing on the shore, with the sensation of sand under their feet.

It wasn’t until later that night that I thought about this again. I climbed out of bed after I’d finished writing to go to the washroom. There was a plant stand in front of the toilet. “That’s an interesting place for a plant stand!” I muttered, as the glow from one glass of wine wasn’t quite enough to take away my “sleepy grumps.”

Then I noticed something. On that plant stand, right in the middle of this gorgeous 130-year-old house, were prismatic stickers shaped like hearts.

“Hmm.” My mind danced with possibility.

I found it hard to imagine children running through the halls of this serene resting place, but perhaps.

I smiled to myself. It was sort of like a reminder to leave a little bit of love everywhere we go.

This heart-warmth then took me back to the chill I felt from the art piece earlier.

Maybe the message for me in this piece was less about crime drama, and more about taking the time to step outside of myself for a moment. Like stepping outside of our feet-shaped boots and leaving them on the sand.

I was reminded to be brave.

To remember that we leave a bit of ourselves everywhere we go and with everyone we meet.

This is not an invitation to get self-important, but to be more mindful about the impressions that we leave in our day to day living.

Since my encounter with juxtaposition in this old house, I’ve started doing these things more frequently:

Being present beyond the screen: I take one photo for the purposes of memories or scrapbooking, rather than spending all my precious moments in nature attempting to capture the perfect shot.

Embracing the awkward: My brain is constantly running from one thing to the next. So much so that I often can’t remember what I did during the day by the time my head hits the pillow. This is a problem I’m trying to remedy by focusing on things as they come. Now, I strike up a conversation with folks as we wait for the elevator. These interactions may be short, but often there’s some sort of connection—from as simple as Monday Blues, to as complex as morning headlines. This pulls me more into the present.

Flipping the internal script: Along that same vein of incessant inner chatter, I’ve begun to notice how freakin’ judgmental I can be. As someone who doesn’t do a lot with her own physical appearance, it strikes me kind of weird when I catch my inner voice making note of someone’s extra heinous purple fuzzy fake fur coat.

Like, why? How on Earth does it matter what the stranger walking past me in the mall is wearing? Why do I allow those thoughts to rent space in my head? Sure, we could argue that we’re conditioned this way based on constantly being bombarded with stimuli, but really, that just boils down to excuses. Excuses to justify the internal judgment reel. So instead, when I find those reels a rollin’, I try and change it up. Instead, I’ve begun thinking something different about the person I’m judging. Whether it’s true doesn’t matter at this point, I’m just trying to train my brain to think: “I bet they’re an attentive listener” instead of “wow, that jacket is ugly.”

Don’t believe everything you think, flip the internal script, embrace the awkward.

In doing these things, perhaps we can leave our inner chatter on the shoreline and find ourselves dropping imaginary heart stickers instead. 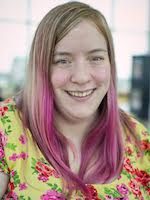 Jen Schwartz is a joy seeker/sharer, made mostly of heart. She is a believer in the power of gratitude and lover of the (extra)ordinary. Jen is a community choir/song leader a… Read full bio