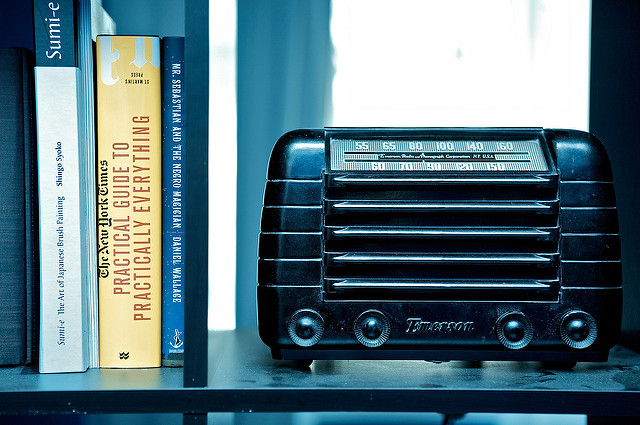 Facebook has given us a strange and wonderful opportunity to change the course of conversation and make our voices heard.

You have the power to control the volume of certain voices on Facebook—your clicks make a difference.

Every click tells Facebook what to share more widely. Of course, this applies to fake news, but also sweet, simple human stories, As Waylon teaches anyone who will listen, we have to give lots of shares and likes to ensure that these stories reach beyond the choir.

If you ask me, the best stories are being told on public radio. I might even go so far as to say that public radio is keeping the art of storytelling alive.

I have started turning it on while I’m working around the house in order to break my positive association between the car and NPR. I’ve been listening to public radio since I was a little girl, riding around with my Dad, keeping him company while he was running errands. I’ve had more “driveway moments” than I can count, but recently I drastically reduced the amount of time I was spending in the car. I lost my connection to NPR.

On a recent errand excursion, I turned on NPR for the first time since the election. Over the next hour I heard the voices of people struggling to make sense of it all, with wisdom and experience to share. When I got home I started streaming my local NPR station using an app on my phone, and I’ve been listening consistently ever since.

I love reading, but listening to the news folded in among well-crafted stories is something I treasure. Watching is too intense, and reading isn’t alive enough for me. For this Goldilocks, public radio is just right.

1. This story is regarding the recent “revelations” that male athletes at Harvard created complex spreadsheets ranking their female teammates based on attractiveness among other superficial and misogynistic characteristics.

I am not surprised and I can’t believe that anyone would be.

One of these bullies had called me Miss Piggy. Only recently have I understood that this scorching insult to my awkward pre-teen shape can be traced back to Donald Trump, who purportedly said this to a former Miss America when he saw she had put on weight. (It is worth noting that I now understand Miss Piggy is the most attractive Muppet, no contest.)

It took over half my life to recover from this perfectly-timed body image wound. The media facilitated those harmful words reaching my ears. For the sake of our children, as a nation, we need to change the conversation.

2. After the election, the internet didn’t feel like a safe place. People were blocking and unfriending one another on Facebook left and right based on who they voted for and what news articles they choose to share. I got unfriended for defending Donald Trump. I argued that despite the awful things he has said, I want to believe that Donald Trump wants to be a good President.

When I heard this story on Science Friday, I suddenly felt that the longing to trust my fellow Americans and Earthlings was not delusional, as I’d been recently been accused.  Believing that people can change is healthy. Feeling hopeful and wanting to trust people is good for you. This isn’t fluffy spiritual mumbo-jumbo. This is science.

3. This same Science Friday episode also provided my first encounter with the unforgettable voice of Werner Herzog. He shared wise and comforting words the day after the election, including some personal insight about the new president-elect. As with the last story, this one replenished my reserves of hope.

In this interview, Herzog talks about his new documentary (available on Netflix) titled Into The Inferno. His lifelong obsession with volcanoes is endearing, and as the documentary reveals, he has philosophical undertones. The night after I listened to this, I watched the film in amazement. His mind, and heart and art are a great gift to this world. I’d rather focus on that than the barrel of monkeys that is about to be running this country.

4. There is little in the news these days that is truly shocking, but this threw me for a loop. Kids won a lawsuit in Oregon in which they are suing the government for knowingly destroying the planet. Their lawsuit makes complete sense, but in this world that is no guarantee anyone will pay attention. They are suing the people whose choices could eventually kill them and their families. They are suing people who will be dead by the time the repercussions of their pollution are felt. And they won. This is going to be a long battle, but let’s celebrate this small, sane victory.

Perhaps it is the threat of losing my first amendment rights, but suddenly I realize I have a voice and I want to use it to elevate others. It reminds me of this.

I’m an apprentice with elephant journal because I want to learn how to walk my talk. I want to contribute to a community that values integrity and accountability. I want to share my words, and use those words to lift others up, both literally and figuratively.

Do you have something to say? Please say it.

I don’t know what the internet will become in the future. A graveyard of the dreams, rants, arguments and selfies of an extinct species? Or a place where the children of our children’s children can discover what kind of people their forebears were?

The internet is a just another classroom. 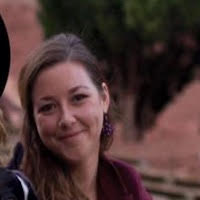