How to Say Goodbye to that almost-great Love. 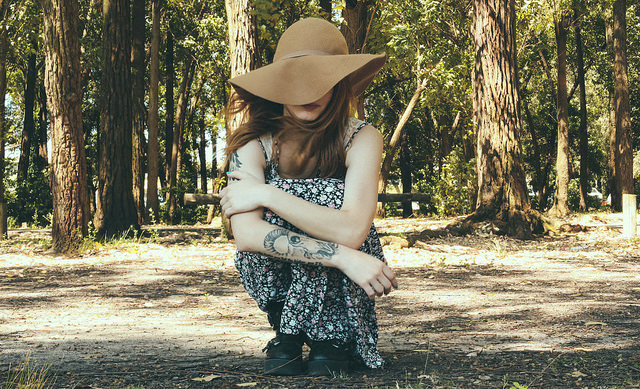 “There is something to be said about two people who find each other time and time again. No matter what situations they end up in or how far apart they become—they come back to each other. Those are the people who have a little thing called fate on their side. These are the people I envy. It’s almost like the world is saying ‘stop separating, you are meant to be together.'” ~ Unknown

There’s no easy way to say goodbye to a love who was always just an “almost.”

Almost in love, almost together, almost outran all our past demons and mistakes—almost happy.

It’s easy to say that we have to go through the struggle to get to the other side, but these almost-loves will continually break our hearts until there isn’t anything to do but move on.

Sometimes what we want is not what’s meant to happen, and so we’re left with two choices: We can choose to stay in pain and uncertainty, or we can make the choice to be free.

We can make the choice to say goodbye to our almost love.

It’s difficult to actually walk away from something that “almost was”—rather than something that tried and failed. As humans we despise loose ends, and many of us find it impossible to live with the “what ifs.”

In the end, though, we all have to learn that “what if” doesn’t count.

Sometimes we just have to choose us and realize that the love we’re seeking isn’t an almost; rather, it’s the one who nourishes our roots so that we grow stronger than even before.

We need a love who doesn’t leave us wondering—who instead holds us close on those evenings where nothing else makes sense. After all, none of us really wants a love who is unsure about us.

But those almost-great loves don’t make it easy on us, because even though it’s never been a reality, that doesn’t mean it’s any less powerful. It’s said that when two people meet, either nothing happens, or the reaction is so strong that it changes both individuals forever.

This is the sweet power of our almost loves.

The people to whom we are drawn back continually; those who seem to understand us without words, and who can meet us on levels we never thought possible. But even then, life has a strange way of keeping two people apart—of just not working out.

Maybe this goodbye doesn’t happen overnight, or in one conversation, but rather in a series of moments in which it becomes clear that we’re exhausted from hoping. We have worn ourselves out having faith in someone who has never given us a reason to believe in them—and whether we want to admit it or not, we still fall asleep each night wondering if tomorrow will be the day that suddenly the world makes sense.

None of us live in a love story fit for the silver screen; we are all only doing the best we can.

Sometimes our almost-great loves are great, in fact, because they are only almost.

Nothing has tainted them, or shown us why it shouldn’t work, so they remain like glistening rubies, tempting us with their value and beauty—and who wants to give up a treasure in search of the unknown?

We don’t say goodbye to these almost-great loves because we have to—but rather because suddenly there is no other option.

It seems that we can travel around and around, testing the waters repeatedly to see if we can get it right, but often time just fools us into thinking that we have forever. At some point we tire of the struggle, and we realize that no matter how amazing this love feels—we simply can’t do it anymore.

And so we say goodbye, but all the while we leave breadcrumbs just in case our almost-great love decides to find us one day. Because no matter how far we travel, or move on, there might still be a path from our hearts to theirs.

We don’t part in anger from them, because we both know that we gave as much as we could—even if it wasn’t enough. We don’t gossip or shut down our hearts, because the truth of their brilliance still lingers on our lips.

There is no way to tell what life will bring our way, but ultimately we choose whether we’re going to be in the driver or passenger seat of our own life. No matter how much comfort we find in letting someone else drive, to actually receive the love that we want we need to take control of our own destiny.

Great, real love doesn’t find us when we are consumed with “almost.“

While it’s difficult to navigate saying goodbye and moving on with another’s name still written on our hearts, the choice begins in our heads long before our emotions have time to catch up. It’s a decision to believe that there is something else out there that won’t leave us questioning why “almost” is all we ever seem to have.

It doesn’t matter what silent cries our hearts whisper as we turn and begin walking away, nor does it matter that no one rushes to stop us. When we finally reach that place of needing to say goodbye to our almost-great love, the only person we are doing it for is ourself.

Life does have a way of coming back around, and whether or not our almost-great love is truly over is inconsequential, because sometimes even if it is just a break between chapters, we need to live like it’s the end of the story. That way, if one day that love comes back, we will be in the place to tell them that “almost” doesn’t count.

This time, we want it all.