In the Aftermath of the Election: When Goodness Doesn’t Win. 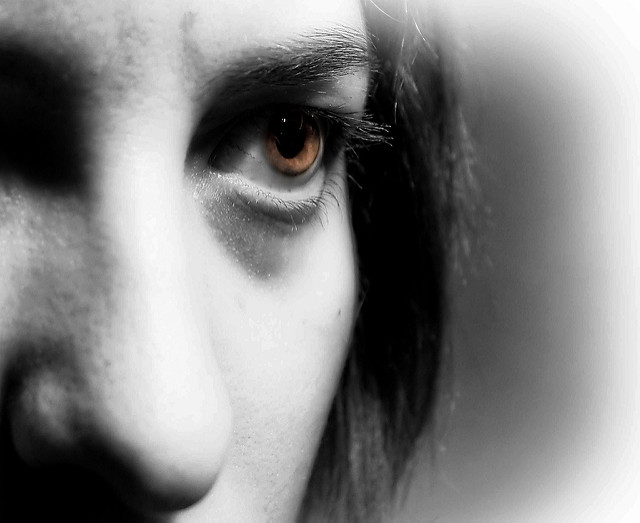 Two weeks before an ill-prepared and unqualified reality TV star rose to be the leader of the free world, I scrolled through my Facebook feed, sighing with relief each time I landed back on Huffington Post’s poll showing a 98.2% chance of a Hillary victory.

One week before we plunged over the precipice, I couldn’t get through a dental appointment without snagging a quick peek at Nate Silver’s still-Hillary-leaning projections.

Five days before the election, when a friend asked me what was wrong, I answered, “The election, you know.”

“Oh me too,” she said, “but I have to believe goodness will win.”

A day before the election, I sweated with fear through layers of sheets during a massage.

“Don’t worry,” my massage therapist said as we hugged good-bye, “I have a client who’s a psychic and she’s sure that Hillary’s going to win.”

The day of the election, having already voted for Hillary Clinton, I wore my suffragette white and headed out to soak up what I hoped—and what the polls promised—would be a celebratory day. But my body shook in dissent.

As we slid into evening and John King on CNN pointed to a map of Florida, my husband squeezed my shaking hand, “Don’t worry, the populous Democratic counties haven’t come in yet. Wait and see, it’ll be fine.”

But as the truth began to emerge, nausea overwhelmed me. I wanted to find a portal back to the reality I thought I lived in.

For days after the election, radiating back pain kept me mostly confined to bed, thinking about the future. Our fragile democracy, now in the hands of someone who does not respect it; our First Amendment freedoms now in the clutches of someone who feels personally threatened by them; our one Earth in the grasp of a climate change denier; our guiding principles of decency, reasonableness, tolerance and basic kindness likely undermined by someone who cannot be described in those terms.

Yet it never ceases to amaze me: we in the spiritual community are an optimistic group. Even in the earliest days, shock seemed to tag itself out for pleas of acceptance and moving on. Posts displaying the Serenity Prayer or other spiritual platitudes about “love trumping hate” showed up on my feed. One elephant writer suggested we choose to trust in “the ultimate goodness of people.”

But Trump poses a threat much larger than a single bad presidency; he represents an existential threat to civilization, humanity and world order. It will require a Kali-inspired effort—and many powerful, diverse voices—to realign our civilization with the values of inclusion and love we believe in. We can’t do that if we have already, less than a month after the election, bypassed the pain and decided to trust a man who has proven himself untrustworthy time and time again.

I am not implying that those who have regained their hopefulness and trust have done so inauthentically. I am suggesting that it may be premature.

First, what I felt in my body was a massive, collective hole, a gunshot wound to the heart of humanity.

I felt hot tears flowing for our immigrant, refugee and minority communities.

I felt sorrow for growing boys who likely will have to continue their silly sandbox game of “power over” lest they appear generous, forgiving or, god-forbid, conciliatory.

And I felt powerlessness as I considered my two ambitious, bright, embodied and oh-so-not-patriarchal-kind-of-gals moving out into this world in a few years, likely facing a misogynistic workplace.

I kept digging, and at the root of it all, I discovered that I felt disempowered.

I’ve wanted to speak out sooner than today. But my voice felt tight, choked, gagged.

I tried to write about compassion, but stopped when I wondered if the word has lost relevancy.

But saying the word “disempowered” shook me awake. It took years of hard work to retrieve my voice in the world and take up space in my female body, dammit! I didn’t invest in all those yoga classes, therapy sessions and meditative walks with my soul to play small again!

Like when Johnny (Patrick Swayze) rescues Baby (Jennifer Grey) in Dirty Dancing and says, “Nobody puts Baby in a corner,” I rescued my voice from the hideouts of my being.

My body has stopped shaking and hurting now.

No—I will not trust Trump, not with a single dime or a single character on Twitter.

No—I’m not asking for serenity to accept things I cannot change.

No—I’m not going to let go and trust that the best intentions of human beings will come forth and change the course. Well-intentioned people don’t create a better world just by willing one. We must work for it.

Yes. I will lift my chin up, pull my shoulders back, dry my tears and get back to work.

Yes. We are worth it.

I hope to see you on the battlefield, whichever one your voice takes you.