Liberals, it’s time we Wake Up—& maybe Grow Up a little Too. 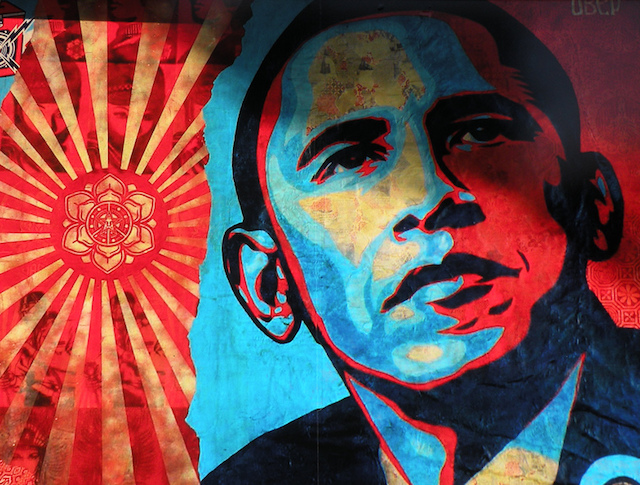 Author’s Note: First, I will need to disclaim, because this piece will offer an experience, some historical fact, and an opinion based on both, it’s not intended to demonize anyone. The intent is to provide some thoughtful perspective based on introspection, knowledge and wisdom.
~

Here’s a shocking bit of news that we, as liberals, need to sit with for a bit:

While we sit here nursing our wounds and looking for ways to subvert the American system of electing Presidents, nothing changes. We lost, and we need to face it.

Sure, we won the popular vote, but we lost the election. It happens in a system designed to ensure that large, heavily populated states don’t dominate our Executive Branch processes.

It’s fair, it’s honest, and it is the best system in the world for electing the one person who will run the nation. We need to learn to deal with it, and provide leadership that addresses the need for the entirety of America, not just the parts of her that are the most populated.

To me, the greatest sin that could come out of this loss may be if we fail to learn from this experience. In some circles, that failure appears to be happening now, with finger pointing, subversion, protest, and discussions on changing a time-honored and successful electoral system because we lost. These, in my estimation, are silly distractions that keep us from making the changes and improvement necessary to actually win in four years.

By “win,” I don’t mean change the system to make it easier for us to win. I mean actually become attractive again to people who have been hurt by the rather conservative fiscal policies of our past, our complete lack of leadership, the subversion of our own political process, and our complete focus on those few bellwether issues that forget an entire segment of our society.

Sure, we need to be champions of women’s rights, of equality, of civil rights, and of liberation, but we can’t forget the fact that we have failed to address the needs of all Americans in our laser-like focus on those issues we hold so near and dear to our hearts.

The battles that have been waged politically in recent memory haven’t been about how families afford health care, or how single mothers feed their children, or about how single dads afford child care, or about how children are educated. Instead, we’ve argued about Planned Parenthood funding, abortion limits, if the Ten Commandments should be in courtrooms, or if our kids should learn creationism in schools.

In the meantime, we’ve wasted trillions of dollars on meaningless wars, our education system has failed and continues a downward slide, our manufacturing jobs are heading overseas, our wages have become stagnant or have fallen, our health benefits have sunk into the toilet, our population has become the most incarcerated in the civilized world, and our wealth has been pillaged by a certain few who are more than happy that we are arguing about stuff that will never impact them or their ability to pillage our finances.

I’m not suggesting the issues we currently tend to focus on don’t matter, they do. They seem to have, however, become the only focus of our Democratic Party, an apparent method by which each political party keeps us busy while they slip in protections for Wall Street, fossil fuels, and big financial institutions while keeping wealth in areas that don’t include 99 percent of us.

We can work on those issues that have come to define what makes us “liberal” while fighting battles that can positively affect all of us. We can stop being so easily duped and easily distracted, and remain so true to our core values as progressive liberals that we become a major force in American governance again.

There are a lot of women who care about gender equality, but many I’ve spoken to care more about feeding their kids and making sure they have health care. It’s hard for anyone to give a lot of focus to gender equality when they are working two and three jobs just to make ends meet.

It’s easy for that same person to blame trade policies and a lack of Democratic Party leadership on issues that matter to all of us for the need to work three jobs. It’s easy to blame Democrats for a health care system that requires a healthy chunk of our take-home pay only to have a high deductible on top. It’s easy to resent the fact that we work so hard to be penalized just because we can’t afford health care premiums. We blame Democrats, I believe, because we are the Party that is supposed to be fighting for them.

Yes, estimates say that 20 million people are insured today because of Obamacare. Those same estimates, however, say that 29 million people remain uninsured because they simply can’t afford the premiums. Yes, a $700 penalty is much cheaper than a $4,800 annual health care payment that is saddled with a $6,000 deductible and poor services. The amazing part is that in 2017, most of those premiums are going to increase while insurers flee less profitable areas. That’s led me to ask a question:

Instead of addressing those issues, most Democratic leaders sat on the status quo. It seems, after all, that protecting Obama’s suggested “legacy” became much more important than actually protecting real people with real problems in a government that seems to spend an awful lot of time overlooking them. What then happened was that Obama’s legacy became sure to be destroyed, and the Democratic Party was left muted in what has been an ineffective minority.

Instead of pointing to the Electoral College as the reason why we lost, how about pointing to failed trade policies? Eight years ago I voted for what I thought was a progressive candidate to work with a Democratically-controlled Congress to effect the types of progressive changes that were promised.

I thought this liberal government was supposed to end trade policies that were killing our economy (ironically enacted by a liberal President), reverse conservative trends toward deregulation of our financial sector, break up those “too big to fail” banks, equalize pay for everyone doing same work, enact gun control, fix health care and end the wars in Iraq and Afghanistan that were draining our treasury and killing our military.

I thought the war on drugs would end, and that people horribly and immorally incarcerated in private prisons would be released. I thought liberals owning the Congress and the White House would mean the end of a for-profit prison system, a militarized police force, and a government spying on its own people. I thought liberalism meant something.

Instead, we got the Affordable Care Act, a creation of Bob Dole in response to the Clinton effort on universal health care. I remember Obama being against it vehemently, then being for it as a compromise, then actually calling it “Obamacare” himself, to now calling it the “Affordable Care Act” as he watches it fail miserably.

I watched him adopt it reluctantly as his own when it became apparent that the Democratic Party couldn’t lead itself out of an open field on the subject. He simply had no choice, and his own Party ensured he didn’t. While the lobbyists sent invisible money flowing through the veins of our Federal Government, all the People got was lip service and a system that mandated insurance.

That needs to change. But to do that, we need everyone pitching in. Is it doable? Absolutely. Our future depends on it.