Losing it? It’s time to take a “Big Mind” View.

I have never been a political person. Both growing up abroad and living in this country, I have not seen politics as a solution to life’s problems.

For me, change has much more to do with personal transformation than anything else. Mahatma Gandhi’s famous words come to mind: “We must become the change we want to see in the world.”

In the long buildup and painful conclusion of the United States election of 2016, it has been hard to avoid the turmoil it has brought forth. I reflect that the anguish and torment of samsara is cyclic. By definition our samsaric existence is that we go around in circles with our repetitive storylines which grow in intensity.

We feed on that intensity.

Everyone has been driving hard to make sure things go their way. So invested, people have experienced tremendous agitation because of the upheavals of the political drama. They have been hooked. Clearly, having compassion for those so deeply distressed has been a call to action.

Yet I think we could go further. How do we get unhooked? How do we get out of the maelstrom? Come back to more equanimity? See things differently? Do we have a choice?

Early on, I saw that life goes on. When I was about 12 years old there was a military coup in Turkey. My family was living in Ankara, directly across the street from a military barracks. Newsweek magazine reported it with great drama stating that there was a bloodbath in the streets and chaos reigned. In my diary that day I wrote that I cleaned my room and walked to my friend’s house. This little anecdote still rings true for me. It is possible to create our own reality no matter what the external circumstances. So yes, life goes on.

There are levels of reality that we can touch into. At the manifest phenomenal level of conditioned existence we are in a world of dualism: there is clearly the appearance of this and that, me and them. We make distinctions. We build a fortress of me, myself and I that we hold dear, only include those of like mind and defend ourselves against others.

At another level—much more subtle—we can see everything as energy, as science also claims. The teachings on mandala of Tibetan Buddhism point to this. The definition of mandala is the totality and interconnectedness of everything in dynamic play. What we fail to realize is that energy has its own intelligence and process. There is a certain inevitability and predictability to that process.

Energy has a synergistic logic. If we step back from our position, liberal or conservative, we see that the pendulum is more like a pulse, the heart beat of phenomenon: pulsing between expansion and contraction, rational and emotional and so forth. Is that not what we are seeing in our world? That we all played a part? Everyone is guilty—in some way contributed to the situation—and no one is to blame.

There is yet another level to reality that we can only really access through meditation. This ephemeral world is both existent and nonexistent. Nonexistent means that it is free of the reference points of subjective and objective reality. It is open, vast, undifferentiated. It is unconditionally and fundamentally basically good. It brings a sense of peace. Most importantly, it is free of fixation, what causes suffering. In this ultimate reality there is non-thought, non-action. We hold still, see with big mind and do nothing. We don’t try to figure it out. We don’t act. We choose to stay open.

When Chogyam Trungpa Rinpoche was fleeing Tibet as a 19-year-old leading a party of 300 people, chased by the Communists, over the Himalayas in winter, at one point he stopped. He was confused as to what mountain pass they should take. He meditated in a hidden valley for a month. This is a radical demonstration of what to do when in doubt, when there is confusion.

Arousing compassion at this time for the suffering of everyone is vital. But we must remember that compassion ultimately comes from big mind. It is unbiased. When compassion comes from a self-referencing self it becomes “my compassion” and so remains in duality. “I am the compassionate one.” This is the one-up stance of ego.

I have struggled, like many, with an intense disgust for Donald Trump and his followers. Yet taking this big view, recently one morning I found myself practicing compassion for him. I actually could not believe I was doing it. I did not think I could open that much.

I have also been reflecting on measuring success. From my book, Natural Brilliance:

“When our objectives come from a deeper place, we measure our success in a different way. Acting in accord with our inner values gives us success that is unconditional because it is based on our free will. This success is ultimately more rewarding: it generates an inner peace and happiness that transcends external factors. Even if the external results are not what we want, we know we have acted with integrity. We can feel disappointed and successful at the same time. We can dissolve the dichotomy between success and integrity; we can act effectively without compromising our principles. As Alice Walker said, ‘Success is truly an inside job…It is within the reach of almost everyone.’”

I feel that the success we can find in this election process is that it has forced people to look more deeply. 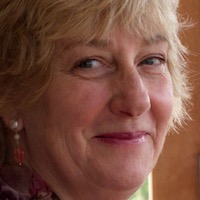