Trump’s Greatest Success to Date (It’s Not What You Think). 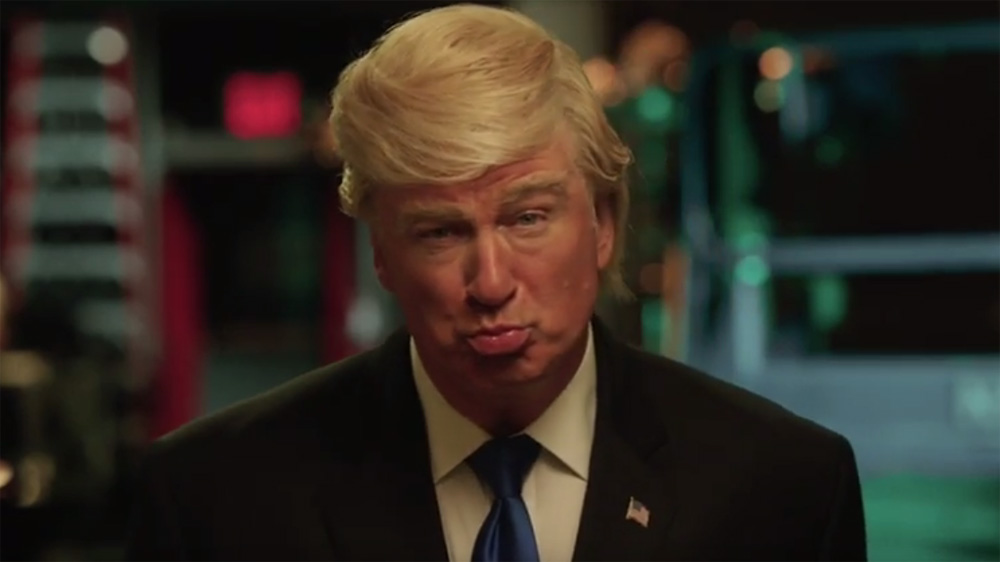 I used to think that I was born in the wrong decade.

I thought I would have made an excellent flower child of the sixties. I truly had this activist heart even as a child. I longed for protests and marches and generally bringing about social change and justice. I used to sigh over the complacency of everyone around me.

I was picking up litter and lecturing people about environmental responsibility as a sixth grade student, and everyone else was playing Super Mario Brothers and seeing who would win Star Search (Dear Millennials: Star Search was like American Idol or America’s Got Talent except the host would send you tons of junk mail saying you could be a millionaire, too).

I forgot something important when I was dreaming about becoming an activist: In order for people to shed their complacency, something bad has to happen. We have to be jostled out of our comfortable seats. We have to become outraged and scared and angry.

So we act—not because we like the idea of protest and marching and facing public ridicule, but because we cannot in good conscience do anything other than speak out and take action.

The only positive thing I can say about this election year and President-elect Donald Trump is that he shook us out of our complacency. He didn’t even do it on purpose. He’s had one great success, and it may not be what you think. He’s the snake oil salesman who knows exactly what to say to the crowd he’s working.

He knows how to stir up their fears so that they’ll buy what he’s selling, and he knows how to change his tune to attract the crowd he needs. He uses a cut-rate magic trick here or there to distract from what he’s doing, but we know that he’s just out for his own profit and isn’t thinking about all the people who believe that he’ll make their lives better. He’s not thinking of them at all.

In the last year, he ran a campaign filled with bigotry. He openly advocated for violence against people with whom we disagree. He threatened repercussions to those who spoke out against him. He called on a foreign power to use their technology against another United States political party that did not agree with him, and they did in fact do as he requested. He openly demeaned women, as he has done throughout his public life. His entire lifestyle and attitude is a direct illustration of sexism and rape culture, and yet he managed to take the election with nearly three million less votes than his opponent because he won the states where the Electoral College matters most.

He has spent the days since his election railing against Alec Baldwin and SNL, but he’s not had the same level of outrage about KKK meetings that celebrated his victory or aligned themselves with him. He spouts lies as if they were facts (millions of illegal voters), and he insults anyone who doesn’t agree with him. He states that he doesn’t need intelligence briefings as all of the Presidents have before him because he thinks he’s too smart to listen to anyone else.

Donald Trump’s greatest success is that he shook us out of our complacency.

We don’t want to see the LGBT community suffer because we’ve allowed a culture of hate and bigotry to take away their right to live and love as they choose. We will not stand silently by and suffer micro-aggressions or the more obvious spewing of hate. We will not sit silently and agree when fake news and biased reporting backs the fiction Trump spins from the myth he’s created of himself in his own head.

So we will protest. We will march. We’ll make signs. We’ll make calls. We’ll send emails. We’ll shift our support to companies that openly advocate for human rights, and we’ll stop spending our money where hate is being sown. We will speak out for our fellow human beings and not just when our own rights are being violated in some way. We’ll say that hate is never the answer, and we’ll find ways to create social change because we believe that everyone has basic human rights that must be protected at all costs. We will remember the preamble of our Constitution, the beautiful words that established an ideal for our country:

We the People of the United States, in Order to form a more perfect Union, establish Justice, insure domestic Tranquility, provide for the common defence, promote the general Welfare, and secure the Blessings of Liberty to ourselves and our Posterity, do ordain and establish this Constitution for the United States of America.

And we will remember that this isn’t an issue of Republican versus Democrat or Libertarian versus anyone else. This isn’t about partisan politics. This is about looking at the actions of the President-elect since the election and saying that nothing he has done has provided us with a sense of confidence in his leadership ability. It’s about recognizing that he presents a danger on so many fronts to the integrity of our country. And in so recognizing this, we must also recognize that our role in current events is happening now, and we have a responsibility to stand for what we believe in.

We have a fundamental human obligation to look out for the welfare of our fellow humans in a way that goes so much deeper than the ideas of public assistance. We need to stand with each other and stand up for each other and stop spouting on and on about the political party we align with. We’ve made this a partisan issue when it should be an American issue—or even simply a human one.

I look back to the child I was who innocently wished for political revolution and activism. It’s funny that now I look back and wish we didn’t need it. But we do. We do need it. His rise to power has created the need for a response for all those who are concerned with maintaining the integrity of human rights in our country.