Don’t Hide your Love Away. 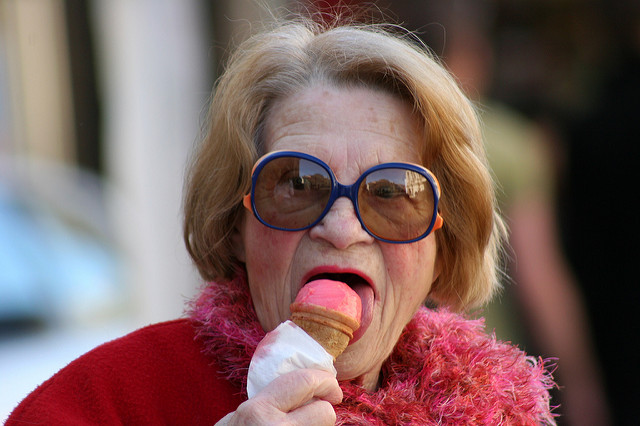 I filled the bottom of the to-go container with soft serve, layered on hot fudge, then more soft serve, then hot fudge until I reached the top.

This was how Mary, one of my favorite customers, liked her hot fudge sundae.

She and her husband Ed always walked the mall on Sundays. They sat in the far booth to the left back corner every single week. Despite only ordering a hot fudge sundae and two waters, they always left me a $5 tip.

The first Sunday I worked, I didn’t even realize they were there. I was frazzled, as it was not just a new job but my first job. I was 15 years old. I was overly apologetic when I finally reached their table.

“I’m so sorry! I didn’t know you had been sat…I didn’t see you here!” I said to the older couple in their sixties.

I got to know them quite well, and soon they became my favorite regulars. As the weeks marched on, I looked forward to my Sunday shifts. I learned about their adult children, their lives—it was a second marriage for the both of them.

He liked to tease her saying that she had to beg him to marry her since he said he would never do it again. She would banter back that he could never find his eyeglasses so he’d be lost without her. She joked he would be blind as a bat and alone.

One afternoon, while they went through their playful exchange, Ed got up to go to the men’s room. I was clearing a nearby table when Mary motioned for me to return to her.

“I have a secret,” Mary said, a smile slowly spreading across her face. I cocked my head to the side indicating I was listening. “I always hide Ed’s glasses on him,” she said with a laugh.

“Mary! That’s just plain mean!” I chastised, surprised she would mess with him in such a way.

“Oh no, I don’t do it to be spiteful. I do it so then he thinks he needs me. I’m always the one who can find them since I know where I put them. So I keep doing it, so that he knows he can’t be without me.”

At this, I laughed and assured her that her secret was safe with me, just as Ed was returning to the table.

Oddly, it struck me as the most romantic thing I had ever heard.

I saw them nearly every Sunday for two years until I took a job across the mall at a record store. Sometimes they would stop in and visit if I wasn’t helping a customer, but I wasn’t consistently working on Sundays so over time, we lost touch.

I never forgot them though, especially when it came to my views on love and being with someone.

I always thought of Mary’s “secret” and how she wanted to be sure she was needed by Ed. I wasn’t much of a believer in love, but her perspective made me wonder if maybe it did exist.

The next time I saw Ed was on a fall day after work when I was almost 30 years old. I was running at a park not far from the mall where I worked. He was slowly but surely walking the same path outlining the perimeter of the park where I was running. At first I wasn’t sure it was him and was a little afraid to be wrong, but then on my last lap I approached him.

“Ed?” I asked, as he turned to look at me. I, of course, had to explain who I was given that I looked quite a bit different from when I was 15 years old. “Where’s Mary?” I asked innocently enough, but as soon as the words came out of my mouth, I wanted to reach into the air and take each one of them back. I already knew.

“Mary passed away about a year ago now,” he said sadly, averting his eyes to the ground.

“Oh! I’m so sorry to hear that.” I was suddenly feeling emotional, and I didn’t know what else to say. Then I awkwardly decided to divulge Mary’s secret.

“You know how Mary always teased you because you couldn’t find your glasses?” I said. “Well, she confided in me one day that she hid them on you. She wanted to feel like you needed her. She wanted you to have a reason to keep her around.”

“I know. I knew. I knew the entire time she did it. I just let her do it because I never knew how to tell her how much I needed her,” Ed said with a sad smile on his face.

Tears rushed down my face as I hugged him.

On the drive back to my house, which was only about three miles away, I took a detour—for about two hours. I drove around, stopped for gas, drove some more. In that time, I thought a lot about life, love, and partnership—what it all meant.

It struck me that people seemed to treat one another differently while they were together or even alive. It seemed it was so easy to take the people we care about for granted and assume they know how much they mean to us. I was baffled by why it always seemed to be in the absence of their love that people were finally able to express how they felt.

When it was too late to tell the other person.

By the time I pulled in my driveway I had come to the conclusion that if relationships like Mary and Ed existed, which they did, I wanted that for myself, too. I wouldn’t settle for anything less. In fact, no one should.

I would do just one thing differently though. I promised myself I would learn from Ed. I wouldn’t wait until someone was gone to finally find the words that demonstrated my appreciation, even if they weren’t always perfect.

So for all of you out there hiding eye glasses on your partner, instead put on your own glasses, see what is in front of you and speak up. Don’t hide your love. 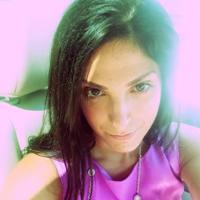