“It is impossible to have a high and noble spirit while you are engaged in petty and mean employment; whatever be the pursuits of men, their character must be similar.” ~ Demosthenes

In the aftermath of T Day, I’ve been wondering about a missing word, an old-fashioned word, that in all the denunciations of the new president’s sins and shenanigans, I can’t recall having heard from any of the media commentators. Yet it happens to be the quality most needed in a leader, be it a president, parent,  teacher, or minister: maturity.

Whatever happened to that word and the wealth of values it represents?

First dances and cake-cutting rituals like those at the inauguration often go along with that other M-word—marriage. Just as maturity is crucial for a couple committing themselves to each other, it is also clearly an important quality for someone committing himself to a nation of 325,423,956 people (as of Inauguration Day).

It was another climactic moment in the theatre of the absurd, otherwise known as the American political scene: the inauguration of a presidential emperor with common man’s gab and rich man’s garb, the likes of which we’ve never seen.

We’ve heard the repeated assessments that the man has a bad habit of proving right—that he is temperamentally, ideologically, and morally unfit to be president. All of this can be summed up in a variation of the m-word in question: immaturity.

As children, we are prone to seeing the world in bright, bold, exaggerated cartoon colors, if not a black and white, win or lose place of villains and heroes. So if people are not creating a disaster by being bad, stupid, weak, the worst, or just plain morons and losers, then everything will naturally be incredible, unbelievable, fantastic, amazing, tremendous, terrific, and of course great.

Sound familiar? It does to me, a supervisor and mentor for counselors and psychotherapists. It’s called “dichotomous thinking“—only seeing the extremes of things, not the nuanced, grey-zoned, balanced perspective of the middle ground. When this type of thinking continues into the problem-solving challenges of adulthood, it can become an indicator of many mental illnesses—or simply a sign of immaturity.

I see the same way of thinking in our new president.

I believe it is useful to turn to history to make sense of this moment. A book written way back in 1949, The Mature Mind by H.A. Overstreet, decried the demise of maturity in “modern” American culture—and that was during the relatively stable 1950s! Now it reads like an analysis of the 2016 election results. The book suggests that people who don’t act their age should not be setting examples for society—or worse, occupying positions of power:

“The concept of psychological age has only begun to enter our common consciousness. We are generally familiar with its application to children, but we are only beginning to be alert to behavior symptoms in grown men and women that should warn us of their psychological immaturity; that should warn us…against giving them a major chance to set the success standards of our society or to exert power over other people’s lives.”

We all start out naturally self-centered; there’s nothing wrong with that. But sooner or later, we realize we must grow up and out of it. Yet for some reason, not everyone gets the wake-up call to mature. Now, we’re facing the reality that this intellectual growth is not even a prerequisite for becoming the leader of the free world.

As I read Overstreet’s 1949 book, I kept writing “Trump!” in the margins of passages like this one:

“Only the immature man takes a pervasively hostile attitude towards his world: wears a chip on his shoulder; expects other people to gyp him; classifies every foreigner as a ‘dirty foreigner;’ has an elephant’s memory for past slights; enjoys other people’s defeats…likes to stir other people up to mutual animosities; is prone to exaggerated angers in response to small stimuli…makes a moral virtue of unswerving partisanship…has daydreams in which he is always getting the upper hand of somebody else, or telling somebody off; feels ‘alive’ only when actually or vicariously involved in conflict.“ (The Mature Mind)

Sound familiar? Yet what about the rest of us?  Are we succumbing to a perverse glee in taking aim at the Trump Tower for easy character assassinations?

That’s the trouble with immaturity—it’s contagious.

In his farewell address, President Barack Obama encouraged us “to hitch your wagon to something bigger than yourselves.” For two terms, he was a role model for maturity in politics, demonstrating “a character structure that is modest in the face of life’s complexities, honest and self-reliant in searching out facts, and undogmatic in assertion.” (The Mature Mind)

We are still capable of seeing a small-minded, petty, and mean-spirited attitude for what it is—immaturity. Overstreet observed six decades ago that “never, perhaps, has there been a more various rationalization of immaturity—or a more tragic handing over of authority to the mentally, emotionally, and socially immature.” Little did he know!

However, this is now our cue—to hold a big vision, and be true to it within the scope and influence we have. It’s the old “don’t go down to their level” advice we used to hear. Let us stay on the high road the Obamas exhibited right up until the last handshakes, kisses, and well-wishing of the Trumps.

When we hitch our wagon to something bigger than ourselves, it’s the only road that can bear the values each of us need to carry forward.

Let us not allow the virtue of maturity to be trumped. 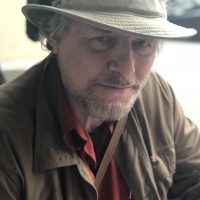