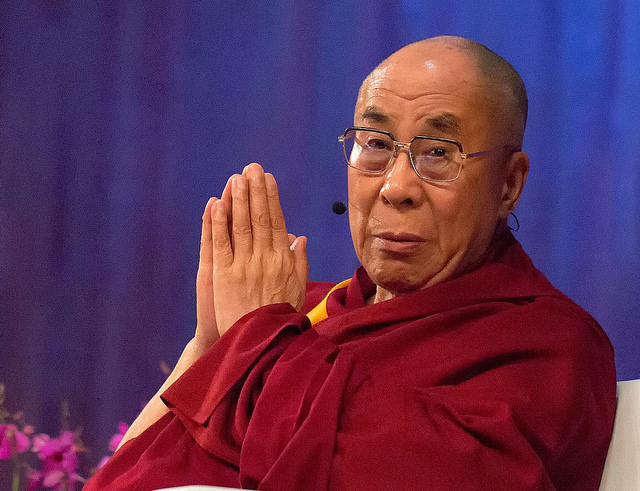 I always wondered how monks are able to abstain from certain physical activities.

Not only did I question their ability to abstain from sex, but I also questioned their unconditional happiness which contradicts what most of us are used to—meaning our happiness is quite dependent on certain desires and needs, and without these needs fulfilled, we can become miserable.

My 21-day retreat last year in India has helped me gain a better perspective on this matter.

My retreat was conducted in the woods, away from society. I had no means of communication or any other distractions. The retreat consisted of Buddhist studies and daily meditations. In the Vipassana course, the males and females were even separated—at one point, I almost forgot that the species of men exists in the world.

I came to notice that our surroundings, and our minds, play a major role in our sexual and emotional indulgence.

First, my surrounding was pure. Second, the studies I took were focused on training the mind—therefore, my mind wasn’t focused on the physical realm. To put it differently, for 21 days (and even for a few months later), my physical needs no longer registered, and I could understand how monks actually master the art of non-desire.

I also understood another essential notion: the fact that I was away from sexual and emotional indulgence was itself happiness.

In one of his interviews with Piers Morgan in 2012, the Dalai Lama was asked about sex. It happened that I watched this interview a few months after my retreat. My fascination with this interview sprang from the fact I could relate to the Dalai Lama’s answer and link it with my own experience. I have ascertained that temptation and desire do, in reality, imbue emotional instability.

Morgan asked the Dalai Lama if it’s difficult to subscribe to a vow of celibacy. The Dalai Lama ascertained that it’s not, especially when monks observe people with families. He laughed and said that when he visits married friends, many times along the years, he’s noticed that the wife has sometimes been replaced by the second visit.

He stated that divorce hurt children and the couple. Marriages have a lot of emotional and mental ups and downs, so compared to a monk’s celibate life, the Dalai Lama considers himself more steady and with a few more advantages.

Piers Morgan asks: “Do you ever feel temptation when you see a woman?”

Watching this interview was funny and awakening simultaneously. The Dalai Lama refers to a reality that we refuse (or are perhaps too blind) to see. In other words, he sees the bigger image and declares the problems that ensue from having sex.

In another interview, the Dalai Lama explains:

“In marriage, there is a short period of sexual satisfaction, but there are many ups and downs. Monks or nuns have been trained to master their desires, so there is much less ups and downs. Monks, nuns, naturally as human beings have desires for sex—it is biological. But then, those who marry always have trouble. So, that is the consolation—we miss something, but at the same time, we live better lives. More independence, more freedom.”

Sex is obviously not the problem—temptation is.

Buddhists perceive sex as suffering, since the urge to have it comes from desire (dukkha). And desire leads to suffering. Also, if sex was good, we might want more of it—which itself leads to greed and attachment (another root of human suffering). Eventually, we end up being controlled by temptation.

We all know that everything that revolves around the idea of a “relationship” that involves two people is associated with complications—even the Dalai Lama admitted occasionally feeling a slight temptation when he sees a woman.

Now, we don’t have to remain single or shave our heads and wear robes to eradicate the suffering that desire inspires. Even leading a celibate life like them in our modern society is somehow arduous (unless we choose to). Moreover, just as the world needs people like monks, it also needs people like us who choose to marry and reproduce (or else, the human species wouldn’t have extended).

And unlike monks, we may not have the chance to be exclusively trained to deal with our desires, but nonetheless, we can still find the balance I have experienced after my retreats.

After my retreat in India, I’ve realized that we have the ability to master wanting sex, instead of desiring it. The secret is to simply enjoy it in the present moment and realize its impermanent nature, without building any future expectations around it. If experienced carefully, love and sex can bring us happiness instead of suffering.

From my own experience, meditation is the tool that has helped me find the balance within my mind. It has taught me to cast awareness on my own desires and thus, become their master.

That said, we can try meditation or we can take retreats once a year or find a calm place to work on our own emotional issues. Also, we can reflect on the suffering that ensues from our own sexual and emotional experiences. We can take note of what’s harming us and work on eradicating it.

Relationships and sex can bring us abundant happiness if we deal with them with awareness, inner knowledge, and detachment.