Why Emotions cause Suffering (& how to Stop the Pain). 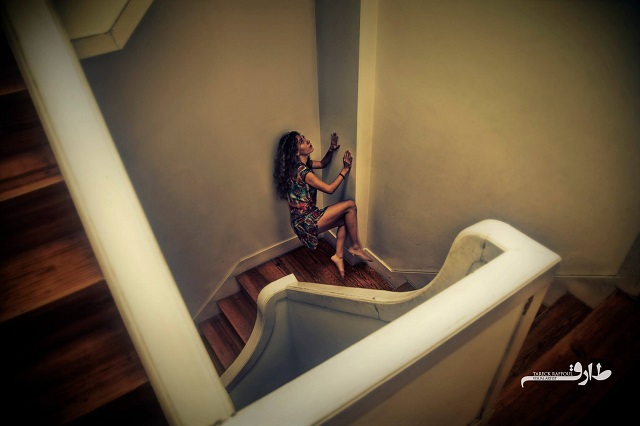 While enjoying the breathtaking view of the Himalayan range at Lamayuru monastery, an old monk sat next to me on a bench.

He greeted me with a smile and kept on wearing it as he gazed at everything around him.

I’m not sure what prompted me to ask him what it feels like to be a monk. I know it’s silly to ask such a question and expect a short answer. However, I was pretty inspired by the monastic life at that period and wanted to know the perspective of a Buddhist monk.

I spent the rest of my day contemplating his short yet profound answer. But it wasn’t until a year later, while studying Buddhism in India, that I fully grasped it.

Buddhists teach that we become free when we let go of destructive thoughts and emotions. There is astounding truth in this. We create our own suffering. And when this monk spoke of being free, he meant he was no longer controlled by the emotions that imbue pain.

A variety of emotions exist in the world: hatred, greed, fear, anger, guilt, pessimism, jealousy, grief and anxiety. The converse of these emotions include innocence, love, desire, devotion and happiness.

Dzongsar Khyentse puts it this way:

“Some cultures have words for emotions that in other cultures are undefined and therefore do not exist. In some parts of Asia, there is no word for romantic love, whereas the Spaniards have numerous words for different kinds of love. According to Buddhists there are innumerable emotions that are yet to be discovered and named in any language, and even more that fall outside of our logical world’s ability to define.

Some emotions are seemingly rational, but most are irrational. Some seemingly peaceful emotions are rooted in aggression. Some are almost imperceptible. We might think that someone is completely impassive or detached, but that is itself an emotion.”

He goes on to explain that emotions are not an inherent part of us. Emotions only arise when certain causes and conditions come together. To be more specific, they arise when, for instance, someone criticizes us or shows us affection or when a situation doesn’t go as desired—emotions are a reaction to an action.

Now, we most certainly can’t stop emotions from arising—that’s not the issue. The problem is that we buy into emotions when they arise and thus become worked up. At this point, awareness is lost. When awareness is lost, ignorance develops.

This is why Buddhists consider emotions painful. Not only do they lead to suffering but they are suffering since they’re deeply-rooted in ignorance and misunderstanding.

Whenever I felt exhilarated about something turning out right, expectations naturally arose. Then, when something unexpected interrupted the expectations I had built, my joyful emotions would transform into grief. I realized that as humans, we are easily conditioned and manipulated.

And while we can’t stop our emotions, we can ease the suffering that comes from the arousal of our emotions. Addressing our misunderstanding and misinterpretation of these emotions is part of that process.

Khyentse Rinpoche gives a simple example of this.

He says, suppose we are looking for a friend and we see him in a distant field. When we approach, we discover that our friend isn’t really there—it’s just a scarecrow. Our friend didn’t try to mislead us, we were misled by our own ignorance, our desire for happiness and positive expectations, that led to disappointment.

The only way to eradicate ignorance is to be aware. We can’t stop the action from taking place, but we can choose how to react.

I learned this during my Vipassana course last year, and it has been incredibly beneficial. In our 16 hours of daily meditation, we were asked not to move. We had to observe the sensations that our bodies generated, but we weren’t allowed to react to them. By watching them and accepting them, we guaranteed their eradication.

Whenever an itch or a particular pain emerged in my body, I didn’t fight it—I let it be until it disappeared by itself. This is what happens when we cast awareness on our emotions. We help ourselves not to get worked up or be dragged down by their existence.

By realizing that emotions are temporary and damaging, awareness naturally develops. And awareness isn’t something to fear—it doesn’t stop us from enjoying life. On the contrary, it makes our lives more full.

Source: What makes you not a Buddhist., Dzongsar Jamyang Khyentse