Instead of Valentine’s Day, Celebrate Lupercalia. 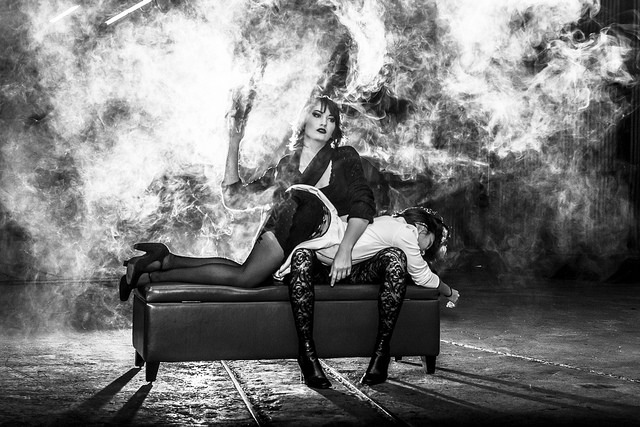 In a world of fake news and “alternative facts,” it’s no surprise that we’ve been sold a Valentine’s Day fallacy, too.

It stars Saint Valentine, a Christian martyr who was arrested and condemned to death for unlawfully marrying young couples in pagan Rome. While imprisoned, Valentine healed his jailer’s blind daughter, who fell in love with the chaste priest. Before being executed on February 14th, he left the girl a farewell note (which she could now see, thanks to his saintly ophthalmology skills), signed, “Your Valentine.”

In fact, there were several Christian martyrs named Valentine, and no evidence that the story of Saint Valentine actually happened. But the ideal is more compelling than the real, even though the candy-coated tale is enough to give you a toothache.

It also makes you feel horribly left out if you don’t have a “Valentine” for whom to wear lingerie, and buy cards, candy and diamonds. If you do, the pressure on both of you to make this day (and night) awesome is intense and sometimes debilitating, turning otherwise happy homes into Saint Valentine’s Day Massacres (emotionally speaking) by February 15th.

Whip it up for Lupercalia!

The stress-inducing celebration of exclusive, romantic love on Valentine’s Day is a relatively new invention.

But the stress-releasing celebration of all-inclusive, natural lust around February 14th pre-dates classical times. Several millennia before 50 Shades of Grey, citizens of pre-empire Rome celebrated Lupercalia, honoring the joys of consensual flogging, communal ecstasy, the rush of hormones, the howl of the wolf, the crack of the whip and the coming of spring.

With Faunus, the Roman Pan, presiding, the star of the Lupercalia story is its namesake, the “luper,” Latin for “she-wolf.” According to Rome’s foundation myth, soon after the twin brothers Romulus and Remus were born, their jealous great uncle tossed them into the Tiber River, from which they were rescued and suckled by a she-wolf in a cave called the Lupercal. Interestingly, the word “lupa” is slang for “prostitute” in Latin. So, the luper is a kind of “sacred whore,” the “Great Primal Wolf-MILF” of Rome.

Strong from all that wolf milk, Romulus and Remus grew up and created a whole new city. But they quarreled over a fence (of all things), and in a fit of sibling rivalry reminiscent of Cain killing Abel in the Judeo-Christian Bible, Romulus killed Remus (fratricide being a recurring theme among both pagans and monotheists). Romulus is said to regret killing Remus, but he doesn’t lose much sleep before founding the city of both of their dreams, which he names Rome, after himself, conveniently forgetting his beloved bro. Otherwise, this font I’m using would be called “Times New Remun.”

However, the spirit of Remus lived on in a Roman college fraternity, the Luperci Fabii, as did that of Romulus in the Luperci Quintilii. Every Ides of February, these two groups of “frat boys” met within that dark, womb-like cave of the Lupercal where the she-wolf once suckled and loved their twin great-great-grandfathers. Here, they sacrificed a goat, honoring Pan/Faunus, and drank sacred wine, marking each other’s foreheads with goat’s blood while laughing ritualistically. I imagine they also giggled spontaneously as they were, by this point, pretty drunk from all that sacred wine.

As some Luperci got religiously plastered, others remained sober enough to cut strips from the goatskin, making leather whips they called “februa”—and yes, that’s why we call the month, “February.”

Thus equipped, they sprinted out of their womb-like cave, laughing and howling like wolves, gaily whacking and stroking the hands and willing behinds of women, looking for luck, love and perhaps a baby. The Romans believed that such gentle, consensual whacks with the februa ensured fertility. This may not be as scientific as an IVF clinic, but Lupercalia did whip the populace into a sexual frenzy, often creating a baby boom around harvest time.

Then, they plunked the more church-friendly V-Day down on the same date, even appropriating the vivid color of goat’s blood smeared on human skin as its signature shade: red. Another Valentine’s Day symbol that seems suspiciously Lupercalian in origin is the “heart,” which looks less like the cardiac organ than a set of well-whipped, “heart-shaped” buns.

Pretty clever con-game, eh? Even worse when you consider all the hope-filled, tear-stained cash it has raked in for Hallmark, See’s and De Beers.

If love is going to hurt—as it too often does—it’s better to get your buns beaten (consensually) than your heart broken (tearfully and expensively) around the false expectations of Valentine’s Day.

That’s why I celebrate Lupercalia every mid-February, with essential updates, such as women doing some of the whipping; inspired, in part, by our great ape cousins, the female-empowered, peace-through-pleasure-loving bonobos.

Every February, more and more people save their sanity by going lupey for Lupercalia. Its spanking-hot, collective joy is the way of the wild and, perhaps, our more cooperative and bonoboësque future.

So, if the sugar-coated hard-sell of Valentine’s Day gives you a toothache, whip it up for Lupercalia this season. 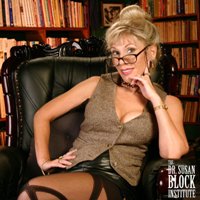