Democrats Must Learn to Filibuster, Starting with the Supreme Court. 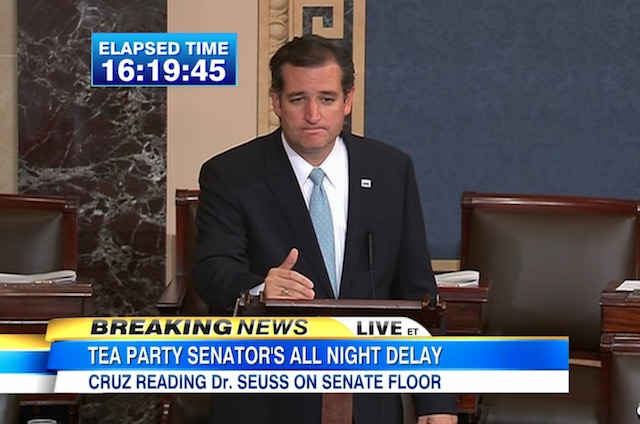 *Editor’s note: Stop covering politics, some of our dear readers cry every time we post something relephant. Look: politics are life. Equal rights, empathy, fair economy, healthcare. We can’t ignore what’s happening, and you shouldn’t either:

If Democrats fail to filibuster President Trump’s nominee, they will face the same thing over and over again, and it will tear the country apart.

Republicans have mastered the art of placing Democrats in what has now become a classic double-bind. Whenever Republicans refuse to play by the rules, Democrats must either do the same or lose.

Democrats gain support when they act cooperatively, for in doing so, they show that they can act in concert with others to get things done. They also reassure the public that they will maintain the rule of law, and that the government will continue to function rationally and efficiently.

Moreover, it just feels better to know your country is not being led by a bunch of mean-spirited bullies who tend to sour everything. Thus, Democrats win when they play nice.

The only problem is that if only one side plays by the rules, then the least cooperative side will win. And unfortunately, Republicans win when they play dirty.

The Republican base wants assurance that their leaders are tough-minded and uncooperative. In refusing to cooperate with Democrats, they show they have the spine to not let the government grow larger, and this suggests to their base that they are acting on principle.

All of this came to a head last summer when Senate Republicans refused to endorse President Obama’s nominee for the Supreme Court, Judge Merrick Garland. It should have been a routine and consensus endorsement, because far from some leftist radical, Garland was that rarity in Washington these days—a relative centrist respected by both sides.

The stakes could not have been higher. Liberal Justice, Ruth Bader Ginsberg, is now 84. The swing vote on the court, Justice Anthony Kennedy, is now 81. The death of conservative Justice, Antonin Scalia, left the court divided between Republican and Democrat appointees. If Obama’s appointee were endorsed, and Clinton won the election, liberals were expected to control the court for a generation. But with a Trump win, conservatives could expect the same—if only they could hold out.

At stake was the Citizens United decision, which opened up the floodgates to big money in elections; Roe v. Wade, which would determine whether women maintained the right to abortion; and the ability of states to further restrict voting rights, the restriction of which would disenfranchise Democratic-voting minorities and the poor. Democrats tend to ignore the importance of the Supreme Court, which in our era of gridlock has become ever more powerful. But Republicans have long used their intransigence in blocking lower court appointees to shape policy.

The willingness of Republicans to hold up the court demonstrated a flagrant disregard for the rule of law, because if Democrats did the same, it could go on until every last member of the court died and the court itself fell into disrepair. But no one expected Democrats to hold out, because most of us expect them to allow themselves to be walked all over. After all, until rank-and-file Democrats realize the logic of Republican intransigence—however disgraceful it may appear to politically passionate liberals and progressives—playing nice will continue to win them support.

And while many a good Democrat thinks this a virtue, the only problem is that it reinforces the uncooperative behavior of Republicans. If Republicans win when they refuse to play by the rules, then Republicans will stop playing by the rules altogether, and the Republican base will come to vote for the biggest bullies. Moreover, the culture of bullying will continue to grow, because bullying itself will be vindicated.

It may have taken several decades, but Republicans eventually figured out that if they elect leaders who are mean enough, Democrats will lose either way. Hence, nice Democrats bear some responsibility for the election of Trump too. And they also bear some responsibility for the movement that elected him, not because they were smug and arrogant or too-cool-for-school, but rather because they allowed themselves to be trampled.

And they will continue to support the institutionalization of all this bullying if they cannot find the strength to filibuster Neil Gorsuch, Trump’s nominee to the Supreme Court. Democrats must learn to be tough, or American culture will become ever more tough for us all. It is a paradox that has been lost on liberals for decades. But there is something in the air, and it smells a lot like resistance. Perhaps this time Democrats will find the strength to make our culture more cooperative by finally playing tough.