How to End the Punishing Reign of Loneliness. 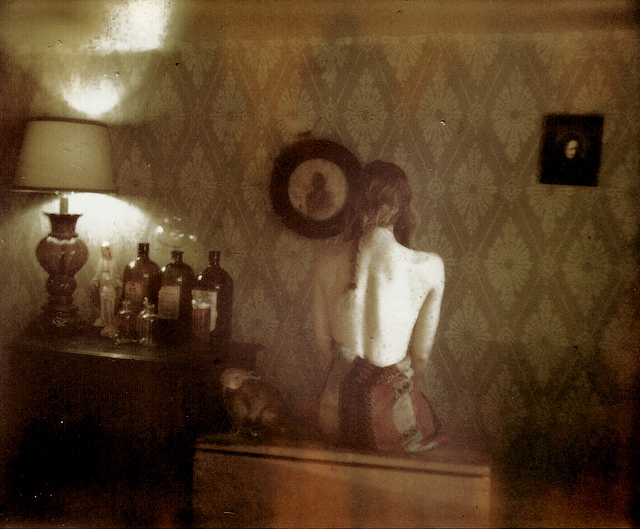 We are all born to loneliness.

Present from the moment of a baby’s first cry, finding itself lost from the womb, the emotional experience of isolation and abandonment seldom goes away for any significant length of time. The bosom of the birth family is usually an imperfect cure, and in fact can make things worse.

I grew up with a mom who was diagnosed with manic depressive disorder, but it took me a long time to understand that her core problem was a severe form of loneliness. Until I grasped that, I was not able to forgive the effects of her illness on my early life, nor make much headway with the problem myself.

The wounds, weaknesses, and weirdnesses of each human personality can all be sourced to the endless struggle with loneliness. We call it by many names and diagnoses: depression, alienation or narcissistic personality disorder. While most of these pains tend to hobble our relationships, creativity or productivity, they don’t necessarily prevent us from achieving “success” in conventional, material terms.

But the inwardly felt misery of loneliness is usually worsened by the ways in which we attempt to undo or compensate for it: through the desperate search for intimacy, through emotional manipulation, through substitute addictions and even through the search for wealth and power.

Attempting to compensate for our loneliness never works—although, over time, it can result in deep self-deceptions. What is less understood is that loneliness can be forgiven. That begins with taking responsibility for it. For as much as we may dislike our loneliness, we also defend and protect it in a thousand ways that we may or may not be aware of.

Thus, forgiving our loneliness is not just a self-help technique. I think of it as a profoundly political act, because it can help bring about the end of war within ourselves. And it is the war within ourselves that we often project out onto the world, becoming every kind of war we know between groups, religions, cultures and nations.

The ancient war of “us versus them” is really the battle of loneliness versus joining, isolation versus trust and fear versus love. When we fear those who seem to be different, and must explode bombs, build walls or legislate oppression to distance or destroy them, we are really battling ourselves in the guise of all our “enemies” out there.

Until we recognize and forgive this ancient, bitter battle with our own loneliness, we will not be able to resolve the wars that decimate the world.

The following five steps to easing or undoing loneliness have proved useful in my experience, spanning 30 years of studying, writing about and practicing forgiveness:

I admit my feeling of loneliness. I’m familiar with the inner resistance to this first step. The feeling of loneliness is often associated with a sense of personal inadequacy, the spectre of depression or even hints of terror. That’s why it’s important to keep it simple in acknowledging one’s loneliness, remembering that it really means nothing but itself: “I feel lonely.”

This is not the same as “I’ve been abandoned,” “I’ve been betrayed” or “the world is a cruel place.” I’ve been through all of this; I suspect everyone has. But these feelings assign blame for one’s loneliness, rather than plainly accepting it. With that acceptance comes the recognition that loneliness, when experienced plainly and simply, may not be all it’s cracked up to be.

I acknowledge that my loneliness is probably not the worst, deepest or most miserable variety ever experienced by anyone. This is a key step because it short-circuits the egocentric tendency to over-dramatize our existential predicament. With rare exceptions, the loneliness we each experience is a run-of-the-mill loneliness. It’s similar to what’s being felt by the person next to me driving on the freeway, elbowing their way through a crowd on the sidewalk or standing in the grocery line. That is, we all share the human condition.

The feeling that one’s loneliness is terribly “special” is the trigger for narcissism. That’s because living with such a painful isolation soon becomes intolerable. To compensate, we start telling ourselves that we feel so alone because we’re actually the best, the greatest and smartest person alive—but that we’re just not getting all the attention we deserve. Then we set about trying to get it, creating a chronic, deepening distraction from our ordinary, everyday loneliness.

Most of us can get past our narcissistic, self-pitying delusions with a few stiff drinks. Others end up pursuing wealth, emotional and sexual intimidation and world domination.

I try to recognize that I’ve chosen my feeling of loneliness. I say “try to” because this step is the one I’m most likely to rebel against. After all, who in their right mind would choose loneliness? One way I’ve learned to recognize this choice is to realize that I don’t always feel lonely, sometimes even in the midst of deep or prolonged solitude. On the other hand, I’ve felt lonely in good company, in the midst of an intimate relationship or at parties (especially at parties). Regardless of when it surfaces, anyone can usefully replace the sad complaint of “poor, poor me” with the self-inquiry: “How and why am I choosing to feel lonely at this moment?”

I become willing to release the feeling of loneliness. Anyone who has practiced at least a minute of mindfulness meditation is acquainted with the fact that we constantly experience a stream of thoughts and feelings from which we choose what to think and feel. Two minutes in, and you may recognize that you can also let go of any particular thought or feeling. While we’re all habituated to certain thoughts and feelings—meaning that we’ll have a tendency to choose them again and again, even after letting them go—the deliberate intention to release a negative or non-useful state of consciousness can eventually have miraculous effects. This intention is at the core of all spiritual disciplines worth their salt, as well as cognitive therapy.

I choose a new feeling that may ease the world’s loneliness. This step bridges the gap between individual suffering and the suffering of humankind, and thus brings us all a step closer to real peace. We may think that the answer to loneliness is a new set of circumstances—a new lover, a better family or more friends—when in fact it’s the inner quality of our self-awareness that determines how we feel. We can choose to change that.

In answer to recognizing our own loneliness, we can offer such feelings as care, compassion, understanding and reassurance to individuals whom we know, groups we’re aware of or the world at large. This can be done in prayer or meditation, in works of art, in specific acts of personal kindness or social activism.

I happen to write, and it’s been the choice of writers since time immemorial to mitigate their loneliness with their art. (This works fine until one’s first book launch party, when the whole sorry story begins again!)

Over time I’ve learned that loneliness is a way of treating myself harshly, not a punishment that the world has visited upon me. There is a deep, habitual tendency to blame ourselves for the sense of emotional isolation we experience, even at the same time we’re not aware of choosing it. In becoming more responsible for any of our feelings, it’s important to go slowly and softly. Let yourself grow gradually into greater states of peace, equanimity and generosity toward all.

You will be doing your part to transform our bitter reign of loneliness.