If you Feel “Different,” you may be a Fringe Dweller. 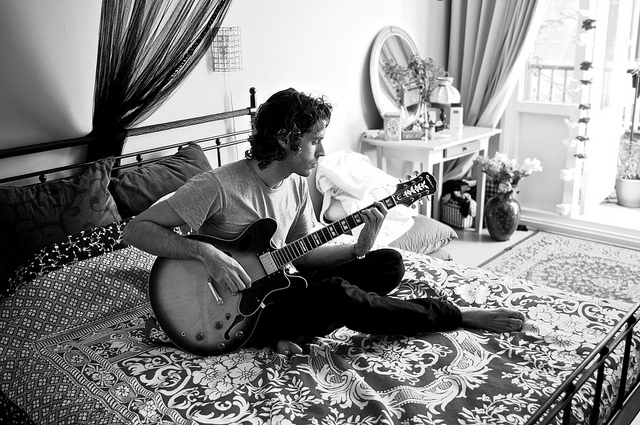 “Fringe Dwellers are people who don’t fit the norm. I say they are not hippy revolutionaries living rough, or social weirdoes; the ones I speak of are ordinary people, you can’t tell them apart from others. It’s their minds that are different. They don’t relate to the rules and regulations of the status quo, the rhythms of a tick-tock life leaves them uninspired and listless.”   ~ Stuart Wilde

Not everyone fits neatly into the folds of society.

There are some whose souls are far too wild and free to be contained within a set of systems and structures specifically created for the masses.

It’s not that these people consciously choose to exist outside the norm—they just cannot shrink themselves to be someone or something that other people want them to be.

These people are known as Fringe Dwellers, dwelling on the fringes of society. Fringe Dwellers are aligned to the energy of the universe, and their pulses beat in time with Mother Earth.

One of the clearest signs that someone is a Fringe Dweller is an indefinable feeling of not belonging. Many feel as though they have been born on the wrong planet or they have a strong sensation of homesickness, but they aren’t sure where that home exists. They adventure from place to place seeking out soul resonation with others who seem similar to them, and more than that, they hope to find a few sacred spaces that radiate a welcoming, familiar sensation.

They rarely wear watches or keep track of time unless it is absolutely necessary. They have an inherent ability of knowing approximately what time it is by tuning into universal energy.

Although Fringe Dwellers appear detached from society, they are innately connected to everything that exists. They feel no separation between them and any other living creature.

Fringe Dwellers feel energetically connected to everything. However, they are highly aware that they live vastly different to how the majority of people live. They have often felt as though they are weird, strange or the odd one out whenever they are around large groups of people—and even in the company of family and friends. However, they are not any of these things; their lifestyle is just simply more rare than the lifestyle of many of the people they have so far met.

Fringe Dwellers have little interest in or attachments to materialism. By choice, they would exist in a world wherein money did not exist and instead kindness and connection was the currency and everything was shared and equal.

They are free thinkers who are associated with unorthodox or anti-establishment social and political views, which are expressed through creativity, free love, acceptance, unity, or choosing to live communally in poverty. They have little care for money other than as a basic means of survival.

Fringe Dwellers regularly question and challenge the system and the status quo, as their heightened perception offers us an alternative way of thinking and seeing things. They are generally not disciplined and find it difficult to follow unwritten rules and regulations. They are revolutionaries and if something goes against their strong personal beliefs, they may be inclined to rebel. They generally have no interest in hierarchies or bowing down to others who are seen by society to be of a higher standing. They abandon negative judgment and see everyone as equal.

Many Fringe Dwellers are artists who struggle to survive, as they do not feel comfortable placing a financial value on their time and talents. They often get lost in their artwork, as it is an escape from the reality around them that feels immensely harsh and uncomfortable. They strive to leave the world a better place than they found it, even if the only way they can do this is through their art.

“The biographies of great artists make it abundantly clear that the creative urge is often so imperious that it battens onto their humanity and yokes everything to the service of the work, even at the cost of ordinary health and human happiness.” ~ Carl Jung

Fringe Dwellers believe that everything is energy and they trust the vibes they feel around them, so they make decisions about their circumstances purely on how the incoming energy feels.

“If you want to find the secrets of the universe, think in terms of energy, frequency and vibration.” ~ Nikola Tesla

They spend much of their time out in nature, as this is where the energy feels calmer and clearer. Therefore Fringe Dwellers head out to the mountains to hike and to the oceans to swim or watch the waves. They may head deep into the forest to communicate with the trees and overall refresh, rejuvenate and recharge.

Fringe Dwellers are not inside or outside of the box, as the saying goes. They don’t even see a box, so they are able to perceive things from numerous angles. They are empathetic, compassionate and usually highly intuitive so they have a depth of understanding for humankind and this means they naturally love unconditionally and forgive any grievances with ease.

Due to being so attuned to the universe’s energy, Fringe Dwellers are greatly affected by cosmic activity. This means that moon phases, the sun, solar storms, planetary movements and the weather all dramatically impact their electromagnetic field, so they have developed a great interest in understanding celestial events.

Fringe Dwellers are constantly learning. Wherever they go, they look for an opportunity to absorb knowledge and information, and many take a book with them just in case they get a few moments to educate themselves. They are less likely to read fiction and far more likely to read factual data, particularly if it is about evolution, consciousness, mindfulness, awakening, enlightenment or if it is beneficial to humanity in some way.

Although Fringe Dwellers actively seek out education, it is common for them to have fallen through the holes in the education system, and many have a strong dislike for the rigid structure of schools. This is usually because they felt that the subjects were limiting with little or no relevance to anything they intended to do or experience as adults.

Fringe Dwellers are guided by synchronicities and serendipities, and they pay attention to the magic hidden in the signs the universe delivers.

Fringe Dwellers are the free spirits, the adventurers, the game changers, the artists, the writers, the singers, the creators, the charismatic old souls, the curious beings, the philosophers, the truth seekers, the daydreamers, the unconventional ones, the peacekeepers, the mystical and magical ones, the warriors, the feisty  creatures with tender hearts, wild imaginations, and tough, unbreakable spirits.

They are the quirky types who live outside society’s safely sealed box. Their lifestyles may seem unconventional or unorthodox, but it feels to them the most soul nourishing, natural way to live.

“They danced down the streets like dingledodies, and I shambled after as I’ve been doing all my life after people who interest me, because the only people for me are the mad ones, the ones who are mad to live, mad to talk, mad to be saved, desirous of everything at the same time, the ones who never yawn or say a commonplace thing, but burn, burn, burn like fabulous yellow roman candles exploding like spiders across the stars and in the middle you see the blue centerlight pop and everybody goes ‘Awww!’” ~ Jack Kerouac