Liberals will Triumph when Multiculturalists Get it Right. 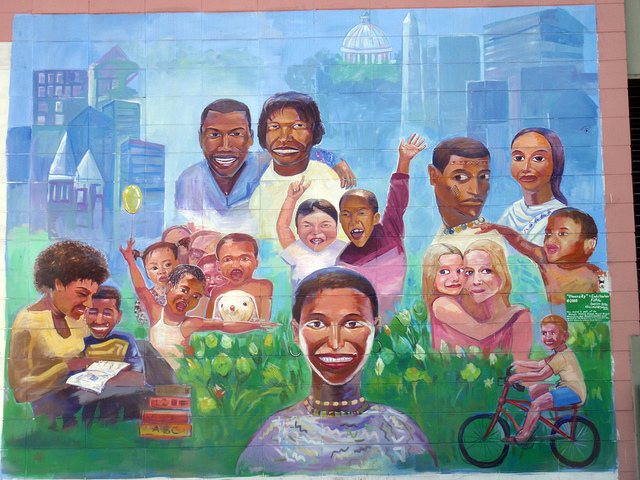 People tend to vote less with their consciences and more with their visions. We can most easily envision the things we have lived; we are most likely to love the things that inspire our visions. Thus, liberals win when they can point the path to a better way of living.

When urban life looks appealing, urban liberals look to be living the good life. When government services look effective, liberals look competent. When including everybody means not only celebrating diversity, but living in balance amid the contradictions that are err to humanity, then liberalism might once again triumph.

And if what liberalism does is bitterness and it leads to misery, then few will want any part of it. Rightwing nationalism may be a far worse answer to the postmodern condition, but it is a comprehensive vision and many want to give its violence a chance.

There is a lot of talk these days about how liberals need to listen to Trump supporters to understand why their ideals have been rejected. But while listening can be educative, it will not tell us about what matters most in our own ideals. Liberals would do better to ask not what they can do to win over reactionaries, but how their own reactivity lost them the country. Liberals need to get their own ideals right.

While there are countless liberal ideals, perhaps the most comprehensive is of the multicultural society. Liberals envision a cosmopolitan world in which ethnic and gender diversity stimulates innovation and self-actualization, and where the sophistication that arises from education and the exposure to new ideas stimulates better ways of living in an ever evolving spiral of development.

But we are also repelled, because all of that diversity can be overwhelming and disorienting. It disturbs our habits, challenges our beliefs and unsettles our assumptions. Yet, all of this can be a good thing. Decades of studies suggest that it makes us smarter and more innovative. But it can also be unnerving and leave us longing for home.

The Harvard social-scientist, Robert Putnam—in an epic study of multiculturalism, involving over 30,000 participants—confirmed that while cultural diversity does make small groups smarter and more innovative, it also makes larger groups more prone to crime and mistrust, alienation and television viewing. People living in diverse communities tend to spend less time with people of other racial and ethnic groups, but also with people of their own persuasion as well.

Diversity may be stimulating, and it may press us to think and become more autonomous, but it can wreck the life of communities. Hence, when a society becomes more diverse, we should expect it to become in many ways more alienating. And alienated people, once organized, will often lend themselves to whatever movement gives them comfort, especially if that movement promises to end the source of their alienation. And so, they build their walls between self and other, us and them, and the truth of facts as they see them and the way things actually are.

The problem is only compounded because the cosmopolitan elites are often wealthier and better educated, and economic inequality also leads us to retreat into our own private worlds. And yet, some of the most multicultural communities are the poorest, comprised of immigrants who have traveled the world in search of a better life and now find themselves in a foreign land to which they have little commitment and even less comprehension.

If liberalism is to succeed, then multiculturalists will need to get better at integrating marginalized immigrants. One place to begin is with citizenship. If new citizens were required to engage in a more in-depth study of American history and institutional development, then immigrants might move to an essential role as the defenders of democracy.

Immigrants are often the most enthusiastic patriots already, but a more rigorous citizenship education could make them the guardians of freedom. And this would make them feel more included, while diminishing their threat to conservatives, and strengthening our democratic institutions from the ground up.

In more elite groups, the threat of multiculturalism might be diminished and the sense of inclusivity increased by widening our notions of diversity to include political ideals, personality styles and ways of being. This would open up a space in which rural peoples, introverted homebodies and conservatives might feel more in place amid the bright lights of postmodern urban-cool. And it would could heighten the sense of diversity still more for those who find it stimulating.

Multiculturalists can craft better narratives, which highlight the multiculturalism at the core of the American or British experience. They can include dissent, with all of its corresponding literature and history, in what it means to be American. They can do more to include reasoned dialogue and debate, and they can work with all of those left behind to make rural America great again too.

But while all of this might soothe the reactions of conservative outsiders to the multicultural experiment, it might also make living in a culturally diverse landscape more inclusive of the suppressed reactions of cosmopolitans. Liberal cosmopolitans typically carry on (among themselves) racial discussions they would never tolerate among conservatives. It is as if we feel we must display a united front, as if showing our own contradictions were some kind of sin.

But it is just this kind of easygoing flow with the contradictions of life itself that might allow the opponents of multiculturalism to settle in and tear down their walls. And while the point of the multiculturalism ideal is not to appease conservatives, but rather that of embracing the sea of diversity in which we actually do swim, if you leave out over half the country, they may just treat your ocean views as a swamp and drain it clean.

All of this, of course, is easier said than done, but perhaps it is a good thing that we set for ourselves ideals that exceed our grasp. Perhaps the humility this breeds is just what we need to include all of the people who feel themselves left behind. And perhaps their inclusion is the next step in diversity’s dialectic of development. A little exposure to diversity may go far in draining conservative reactionaries of their own most swampy prejudices.
~