Synchronistic New Moon & Solar Eclipse in Pisces: It’s Time to Break Up or Make Up. 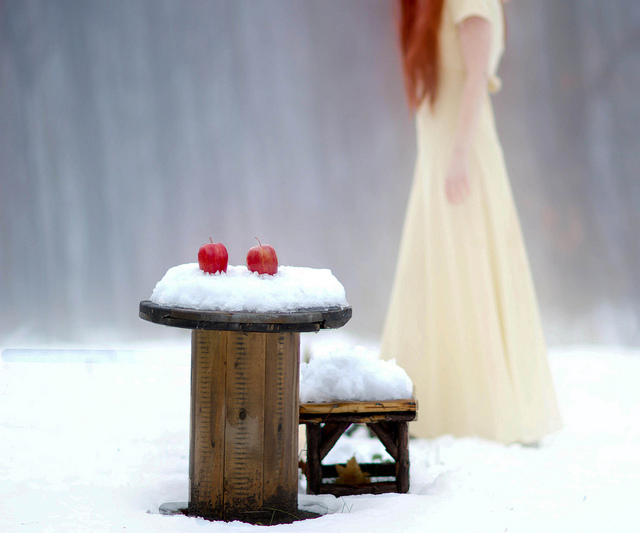 “I have set your heart on fire. You will never burn like that again, except with me.” ~ N.R.H.

On Sunday February 26th, there will be a magical new moon and solar eclipse in intuitive Pisces.

In order for anything new to begin, something must end. Perhaps it’s the finality of separation, or maybe it’s just the evolution that change brings as it grows through the pages of time. Regardless of which we find ourselves in during this particular transit, there is no doubt that we have reached the climax of our story.

What is concluding right now began about a year and a half ago, while we were still deep within the story and had no idea that we were even writing this particular chapter of our lives. During that year, we were submerged within the lesson aspect of the tale, learning from trial but mostly from errors.

We spent time banging on those doors that just weren’t meant to open for us, yet despite how much pain or heartbreak we have endured, we still continued on.

This eclipse is tied closely to the one we experienced back in September of 2016.

That was five months ago—yet the reality is that it truly feels like a lifetime, doesn’t it?

So much has changed and grown since that time last year, making it impossible to even conceive that we would be here in this place now—the position to either break up, or make up.

Peripeteia: (n.) a sudden or unexpected reversal of circumstances; the point of no return.

Whether we want to be here or not doesn’t change the fact that we are—nor does it change what we know, deep down, we need to do. Anything we are dealing with right now is not something that has developed overnight; in truth, we are no stranger to it.

We’ve been dancing with this issue and the possible endings for some time now, but during the past five months, we’ve been doing more than that—we’re been trying them on for size. It’s been a time of dancing with reality and sleeping with our illusions—a break within the expanse of the now, in order to grasp the meaning of it all.

Not all of us may have issues arising in our love lives around this moon, but it will be a burning truth that many of us do feel.

This has been a time of auspicious synchronicity, in which the planets and fate have collided to help push us into that next level of being—the one that we were growing toward all along, even if it was in the dark.

Since the first eclipse on February 11th,  we have been between bookmarks—or more likely, between worlds. Stuck between what was and what has yet to be. During the past week, the energy has magnified, coincidences have become stronger, and the signs we have been receiving seem to have a greater urgency to them.

This is because we are arriving at a point of no return.

Each year there are several lunar or astrological cycles that become pinnacles of the year for all of us—and while no one can say this is the biggest event of the year, it is one of those moments where not even burying our head in the sand can stop what’s meant to come from coming.

The fact of the matter is that for the next six months, the major area we’ll all be focusing on is our love lives. Venus has been in play almost since we rang in 2017, and with her retrograde coming up in just a week, there is nothing left for us to do but follow our hearts.

The irony is though, it sometimes seems that following our hearts is the most difficult choice we will ever make.

Perhaps it’s been easier for all of us to choose the well-worn road—the path of least resistance during the last 18 months or so. It has seemed that by doing so, we would eventually be led to unwavering bliss, yet it seems the proverbial bubble has popped.

We can only talk ourselves into being happy for so long.

There is another life that is calling to us, one that is tainted in the magical, and that seems just magnificent enough that it has us wondering if it’s what we really want. And perhaps, more importantly, if it’s the one that we truly deserve.

We can close our eyes to passion and turn away from love—yet when it’s real, and when it’s meant to stay, no amount of self-sabotaging behavior can actually stop it from coming.

No matter how it seems right now, it’s important to know that we haven’t messed up—but we do need to make a decision once and for all.

Are we going to break up or make up?

It doesn’t matter if your dating, engaged, married or perpetually single—when you hear those fateful words, you know deep down what it is referring to. We have a choice to break up, maybe with someone, maybe with an ideal, a pattern of behavior, or maybe our own fears and limitations. On the other side of that, we could make up—we could choose to forgive, or try again, to repair what was broken, or to remain together.

What we choose now may not fully come into fruition for several weeks or months, but there is no denying that right now—the choice is yours.

We can stay behind or move ahead, play it safe or risk everything, settle or dive into crazy love.

Sometimes things end, not because they aren’t meant to be, but because they need to change before they can actually become what they are meant to.

So maybe this isn’t the end of the book, or even the chapter; maybe this moment is truly just the beginning.

“Be with someone who feels like freedom and loves you without chains. Because love isn’t about holding someone back or using guilt to make them stay. Love is freedom, and they freely choose you.” ~ J.M. Storm