The Day we do This is the day we’ll No Longer Need a Woman’s March. 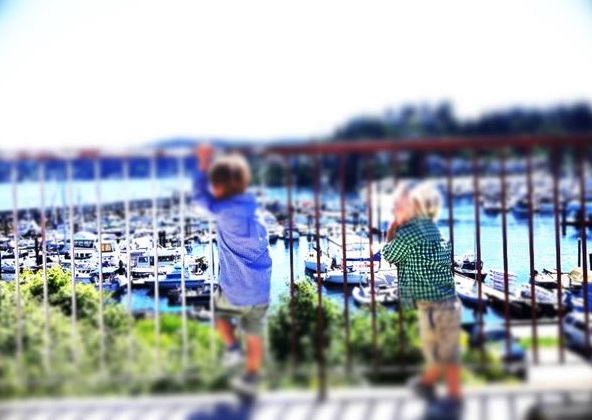 The day after Donald Trump was inaugurated as President of the United Sates, women marched for equal pay, indigenous people, the LGBTQ community, health care access and equal rights under the law. Ultimately, they were marching for respect—to not be devalued and objectified.

But I think there is one thing—maybe the most important thing—that was left out.

No one marched for our boys.

The boys who will grow into the men who will become our children’s future co-workers, friends, boyfriends, spouses, fathers and authority figures. The ones who will either stand for all people’s right to be respected and valued, or who will keep the locker room banter pervasive and do nothing to discourage sexual misconduct.

The boys who observe chuckles when they misbehave and overhear those four disabling words: “Boys will be boys.”

The boys who aren’t taught the difference between sex in a pornographic video and sex with someone they care about.

No one marched for the boys who are told to “man-up” and “quit being a p*ssy.” Don’t cry, don’t feel, don’t express. Don’t hug another guy for longer than it takes to clap your hand on his shoulder. Don’t be vulnerable and don’t share your pain, because there is only shame for acknowledging that you were too weak to deflect it.

The boys who watched their fathers leave their mothers.

The boys who are sexually abused and never breathe a word about it because no one is ready to listen and hold them.

The boys who are told, through the music they listen to and movies they watch, that women want to be overpowered and pressured into having sex with them (and that they secretly want that, too).

The boys who face social rejection if they do not take demeaning and discriminatory behaviour with a shrug and a laugh.

In a world where women march, in part, because of how they co-exist with men, it is even more imperative that we don’t leave out this one crucial part of the paradigm.

This march was the beginning, but the united sisterhood only reverberates until the day the collective decides another march is needed to make some noise about the same damn issues. The real change lies within each of us, every single day.

We need to raise boys to be emotionally strong.

To become the kind of men who know their worth, who won’t compromise their integrity to earn the approval of their peers.

Who hold women in high regard because they know we are powerful, compassionate and intelligent, not an object for their gratification.

Who don’t give up when the going gets tough with the woman with whom they have built a life.

Who don’t need to elevate themselves at the expense and degradation of others.

And the only way they will learn to do this is if we lead by example.

It’s about what we, as women, think and speak to our friends regarding the men in our lives. It’s about restraint and love over name-calling and mocking. It’s about those moments when we complain about how the men we date are “douchebags,” instead of getting to know ourselves so that we can identify a player before the second date even happens. It’s about communicating in love and grace instead of compounding years of anger over the fact that our man comes home every day and gets comfy in front of the TV.

I know ladies—this is no easy task. But take this from someone who has seen the outcome of both approaches.

It’s about recognizing how the wrongs of past generations still wreak havoc on the grandsons of men who didn’t stand up (and even participated in) injustices and atrocities committed against women and people of color. It’s about the lack of reconciliation for the same behaviour that has been modeled, adopted and accepted for men in this world. And it’s about stirring up the compassion needed to bring these generational curses to a grinding halt.

It is easy in my role as a parent to be overbearing and make all the decisions for my children. But how can this teach them that their opinion is valued, and serve to embolden their confidence in good decision making? When my boys are gently guided and build confidence in themselves, they also build self-love and respect. It can be as simple as being temporarily inconvenienced while my five year old puts the flashlight back together with new batteries.

Am I the kind of woman who stands for self-love and respect, and speaks with boldness? Will my boys learn that my worth does not lie in my ability to beautify myself and win arguments, but in the pause I take before I speak and the love and compassion I have for people when they are not at their best?

It’s about a call to rise above our will to shift the onus of change entirely onto men and realize that we are all inter-connected and respond out of what has been invested.

Because the day that we stand up and march for our boys, we march for a time that no longer requires a women’s march. 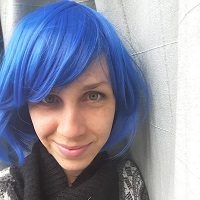