The Next Generation of Syrian Refugees May Thrive. 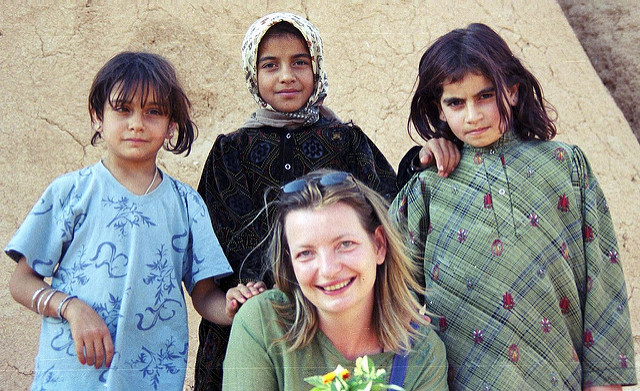 We spent the day with Syrian refugees outside Athens. The camp is a giant parking lot surrounded by barbed wire fences. Its inhabitants have been bombed out and run from the places of their birth. They have lost loved ones at sea and shifted from camp to camp as they await the outcome of their fates. Some will go to Spain, some to Germany. Some may be left to languish.

These camps are the front lines of the new global civilization. Here, Syrian Sunnis mingle with Iraqi Yezidis and Afghan Shias. Here, aid workers from Britain and France, Greece and America, struggle to meet their needs, while quietly and often unconsciously inducting them into the ways of the West.

It is common to think of cosmopolitan people as being wealthy. But the poverty of the refugees defies this assumption. It is often the poorest people in the world, who leave their own broken countries in search of a better life, who then live in the most places, speak the most languages, and think the most globally.

The countries of the Levant—Lebanon, Palestine, Israel, Syria, and Greece—have long been known for their diversity. And they have often lain at the heart of trade routes. These places contain the flotsam and jetsam of Turkish, Persian, Greek, and Roman civilizations. They left their genes and disappeared. And now, like the Jews and Palestinians before them, a vast movement of peoples is being swept from this land.

Syrians would do well to look to the Palestinian diaspora as a model. There we find another group that was displaced through war and ethnic cleansing, scattered across the world, which turned to education and benefitted from much international support.

Palestinians have been the beneficiaries of a great deal of international aid, and their connections with activists and humanitarians have opened their minds and made of their diaspora one of the most cosmopolitan. It is sometimes said of Palestinians, as it is said of Indians, that they thrive everywhere but in Palestine.

But Syrians might also look to the Jews, the Greeks, or the Lebanese. Each of these groups was at one time or another pushed from the region—the Jews by force in ancient times, the Greeks by population pressures in the late 19th century, the Lebanese by conflict at the end of the 20th century. But whatever the reasons for their emigration, each of these groups spread widely around the world and prospered.

Syrians themselves can take control of their fate by finding a deeper intercommunal meaning to their journeys. Sometime in the next few years, they will find themselves settling into their new home countries of Europe. They will be widely scattered, which means they will look to the comfort and support of other Syrians, whoever they supported in the war and whatever their ethnicity.

This unity will help in the rebuilding of Syria itself. And the Syrian diaspora may ultimately become a source of skilled professionals and business people, as well as politicians and peacemakers. The diaspora will most likely be better educated and wealthier than the Syrians back home, and their money and ideas will play a part in rebuilding the country.

The home country will need to draw upon their talents but to do so will have to accommodate their need for greater openness and voice. It is quite possible that, out of the spotlight of international news, a quiet revolution will take place in quest for their service similar to that played out between European monarchs and nobles in the opening of the first parliaments in the early modern era.

Whether or not Assad remains, they can push the society to open up. They will be there in the background, exposing the corruption of Syrian officials in German and French newspapers, pressing for democratic freedoms in Danish non-profits, and arguing with Syrian officials whenever they leave the country. All of this can help Syrians to establish better and more inclusive institutions, whether or not Assad remains.

If the Syrian diaspora can remain unified, and work past its collective traumas, they can not only make Syria better than it was before the conflict, they can make it better than they had ever imagined. And while this may be a distant possibility, and while Syria might also become another North Korea, whose government also arose amid a thoroughly bombed out infrastructure, there are no shortage of countries that suffered a genocide and came out the better.

Perhaps Rwanda is the quintessential example. When the genocide was finally stopped, Rwanda was a broken and bankrupt country—800,000 of whose citizens had just been hacked to death, two million of whose citizens had just fled in fear of retribution. But now it has rebuilt itself, becoming a model of African development, a relatively prosperous and stable state. While preparing for the worst, we should not dismiss the possibility of such unexpected outcomes.

Syrians will no doubt need to discover their own model. And they would do well to look for leaders, whether at home or abroad, who can sustain a realistic vision of hope. Most importantly, they will need to recognize that they are playing a long game. And there is no telling where it may lead over the course of the next generation.

Finally, Syrians will be making their homes in a dizzying array of Western and Middle Eastern states. The breadth of their dispersal will probably lead them to integrate more quickly. And it will make them more likely to forge businesses across borders and to focus on the kind of higher education that can be taken wherever they go. Whether or not they can influence events back home, they may find themselves enriching their new homelands, where their youth and skills will be in demand. The ban on Muslims that has just been enacted is thus based on stupefying ignorance of what is possible.

Europeans and Americans would do well to envision some of these possibilities, but so also would Syrians themselves, who might better sustain hope with a vision and a dream, but whose visions and dreams will press the new rightwing nationalists to see them in another light. Beyond conservative prejudice and liberal compassion, the next generation of Syrians may thrive and strengthen our societies.