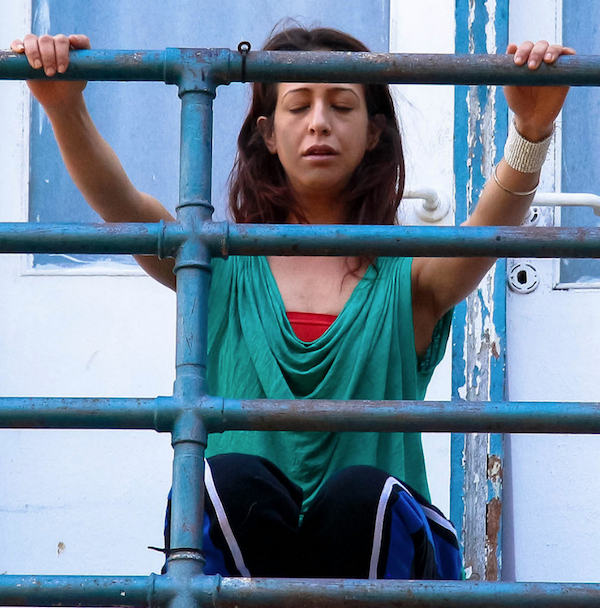 This is not an ashram or a shala.

This is not a softly lit sanctuary with a stick of incense curling its fragrant smoke to the ceiling.

We are seated in the cinder block gym of the Janet S. York Correctional Institution, a women’s maximum security prison in Niantic, Connecticut.

This is a confined space in every sense, yet its dimensions are stretched to tranquility by women who’ve found a way to cope with their confinement.

Three of the five women I’m speaking with are certified yoga teachers. The other two are close to completing their 200- hour course to achieve certification. On a brisk January day, we’re seated on folding metal chairs in a corner of the prison’s dull grey gym.

The complex is encircled by barbed wire fencing, but there is serenity in their faces despite their incarceration. Yoga has been their path forward, a bright ray of hope, a way to reorient their lives and even recalibrate their identities. Each has embraced an ancient and highly effective practice that leads to better health, intuitive awareness and spiritual harmony.

Headed by Elizabeth Johnstone, who founded Recovery Yoga (a non-profit service organization) 10 years ago, the program has exposed thousands of women at York to yoga and seeks to prepare women for re-entry into society near the end of their sentences. Most of the yogis-in-training live in the prison’s Keys to Success Reintegration Unit.

The goal, Johnstone says, is to reduce the rate of recidivism and teach the inmates to be comfortable with discomfort.

“Yoga offers powerful tools in the growth and recovery process,” Johnstone explains. “Yoga teaches us to pause if we are willing to show up and do the lifelong work.” Warming to the subject, she says there’s a physiological response to yoga. “The various yoga poses, breathing exercises and meditation all activate the body’s natural relaxation response by turning off the sympathetic nervous system (the fight or flight syndrome) and by turning on the parasympathetic nervous system (rest and digest). The practice of yoga quiets the mind and brings the body, mind and spirit back into balance.”

For a group that routinely suffers from guilt, anxiety, depression, PTSD (post-traumatic stress disorder) and low self-esteem, the results at York and other correctional institutions where yoga is practiced have been transformative. Guided by Johnstone and the experienced Recovery Yoga team of Ken Law, Kristin Vaughn, Sue MacClain and Robin Levine, a steady regimen of yoga by the inmates who’ve chosen to participate has led to inner peace, self-compassion, trust and forgiveness.

“I had done a little bit of yoga before I got here,” says Deborah, 51, who recently received her teaching certification. “When I heard about the yoga project, I approached it as exercise and a way to lose weight. At first, it was awkward. The poses were weird and I was not comfortable with the meditation part of it. But soon I felt a change, inside and out. I learned to be comfortable sitting by myself. I felt real strength in my core. I also began to find the real me.”

Michelle, 41, is unsparing in her self-assessment. “I’ve been here nine and a half years, and I started yoga eight years ago,” she says. “I didn’t really care for it at first, and I didn’t practice on a regular basis. To be honest, I hated holding the poses. I swore I’d never do it again after doing yoga outside on a hot summer day. But eventually I rejoined the class. Yoga took me inside myself. It’s been life-changing.” Michelle pauses, takes a breath, dabs away a tear.

“Being here has been so difficult,” she admits. “I’ve dealt with depression, and the anxiety that comes with cutting myself.” She reflexively rotates her forearm. I see the scars. “Now I turn to yoga and meditation, which relieves anxiety. I realize I need to meditate—I’m an addict.” More sniffles. “I spent so many hours on the mat crying, working on self-forgiveness, and they’re some of the best tears I’ve cried,” she confesses. “I have so much guilt and shame. I’m the mother of three children and I have a grandchild, and I’m in here and I can’t see them.”

Yadira, who has a big smile that shows a missing front tooth, says she’s always dealt with severe anxiety issues in jail. “To me, sitting still (in yoga) was a big thing. Now I can do that and be alright with that. I don’t get upset as much now—I can let go of things without dwelling on them for days and weeks at a time. If I have negative emotions, I let them go. I don’t let them consume my life. My yoga practice allows me to stay grounded. I’m a lot calmer now. I listen to people now. I feel better about myself. There’s a personality modification that takes place when you do yoga. People who practice carry themselves differently.” Yadira, 35, recently received her teaching certification. She will assist Recovery Yoga instructors and mentor fellow inmates until her release.

Marjorie, a 44-year-old native of Costa Rica, says learning yoga in a second language (her native tongue is Spanish) posed a special set of challenges, though she believes the experience helped her to move on from her old self. “Yoga changed my life,” she says matter-of-factly. “With yoga, I can forget about my past and focus on the present.”

Marjorie pauses a moment to find the right words. “Yoga helps me live a simple life,” she says. “I remember my childhood. We were poor, but we were happy. We had each other. We got the simplest gifts for Christmas—a few crayons, a coloring book—and we were very grateful. There is so much materialism in America. Through yoga, I’ve learned to change my mentality. I want to live my life simple,” she says with a big smile, implying that a simple, grounded life is a richer one than money can bring.

Deborah circles back to her preconceived notions about yoga. “Initially, I thought yoga was only about holding poses,” she says. “But that’s just the beginning. The asanas are important, but there’s the self-study part of yoga, too. So is the simple act of breathing and letting go. Like a lot of women, I like to be in control, but that means worrying all the time about potential outcomes. I was never in the moment,” she admits, “especially with my kids and my husband. I was always focused on the next thing. But now, I no longer grip onto something and suffocate it. Once I learned to let go through my yoga practice, my depression and anxiety went away, and so did my stigmas.”

Deborah expands on her yoga experience. “I understand more now about the benefits yoga brings. I see the physical differences, but for me it’s much more about the mental and emotional strength. Yoga is a way to center yourself and relieve stress. When I don’t practice, I notice a difference.”

Since stress was a recurring theme among all the women, I asked Deborah to elaborate. While accepting responsibility for why she was incarcerated, she says pointedly, “We don’t have control over our lives here. We’re told what to do. We’re away from our families. Plus, the rules change all the time, and we’re held accountable if there’s a misunderstanding. The result is ongoing tension. To cope, we all know what to do—come back to our breath.”

Taking a long view, Johnstone notes that each inmate who heals herself through the ancient art of yoga has the power to impact their families and society in a powerful way. “We know that programs like Recovery Yoga create positive changes at York and within our communities,” she says. “Reducing recidivism has a definite human benefit.”

All five women in the group who gladly testified to the transformational power of yoga will be released from the Janet S. York Correctional Institution by March 2018. Each will re-enter the outside world as different people—as yogis.

They will be free to join a yoga community where yoga is practiced under soft lights, with soothing New Age music playing and maybe a stick of incense to scent the air. 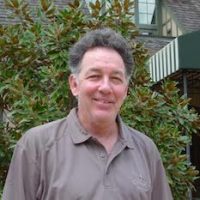