We’re all in the Same Crappy Boat: This is what Helped me understand Trump Supporters. 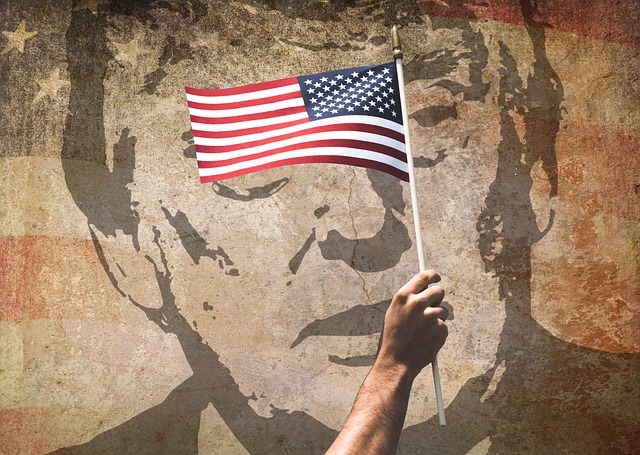 In the bitter aftermath of the election, I did some deep soul searching in an attempt to understand why people voted for Donald Trump.

A former co-worker, who was elderly, white and socially conservative, came to mind as I drowned my feminist and progressive sorrows in a Corona. We had worked together at the same crappy temp job during the Great Recession, years before Trump’s unprecedented election. It was the only job she could get after she lost her job as a mid-level manager at a company where she had been for over 20 years.

When she lost her job, she also lost her pension and health insurance. Even her retirement savings mostly vanished when the stock markets crashed in 2007. The Great Recession shattered her dream of spending her golden years traveling, relaxing and playing with her grandchildren. Instead, she scraped by on the same pittance I made, wondering how to afford all the medical bills from her husband’s illness.

Her bitterness was palpable and undeniable, and she blamed the Obama administration and affirmative action for her woes. She was proud of her American ancestry and her Polish, German and Italian roots that went back to the 1820s, during that first wave of immigration to the U.S.

The small rural town where she grew up in southern Illinois never fully recovered from the loss of a major manufacturing plant. In her view, those jobs went to less deserving people in developing countries with despotic and corrupt leaders.

She complained that affirmative action policies excluded her children from scholarships and free college tuition, while the children of African Americans, Latinos, Muslims, Asians and other immigrant newcomers got ahead at her expense. And, to add insult to injury, she now had to use oppressive, politically correct language to avoid offending any sensitive minorities.

I remember how enraged she became when our boss, a black woman, hired a black man to our team of data entry clerks. Her rage only diminished when we learned that he was our boss’ younger brother, fresh out of college and looking for work in another field.

But she still popped her head in my cubicle and whispered, “Why couldn’t she have hired someone like us?”

I shook my head and pretended to be busy as I cringed inwardly. At that moment, I wondered how clearly she saw my Asian face and if she even remembered my mixed-race, half-Japanese, half-Colombian heritage. I recalled my Japanese ancestors who emigrated to California and Oregon sometime in the late 1890s. Their non-European genetics marked them as permanent foreigners, ineligible for U.S. citizenship and even land ownership.

Her ancestors had not faced this type of discriminatory legislation, but I knew better than to press on with my point. She had already told me that our black president pretty much proved such discrimination no longer existed and that it was time for minorities to get on board with the rest of America.

In spite of her political conservatism and religious beliefs, we got along fairly well. Truth be told, she was more interesting than our other teammates, who worked quietly and kept their mouths shut like model employees. I found her raw honesty about affirmative action and political correctness refreshing, because it was so real and unvarnished. Underneath her blatant racism lay an intense anxiety about her increasingly dim future—a future that she had worked hard all her life to prevent. Her anger presented a nice contrast to a workplace that took pride in being progressive and multicultural, but treated its workers like dirt.

In our world of gray, windowless cubicles, we engaged in spirited conversations about politics and moral values. Our conversations revealed an alarming rift between the liberal, progressive values of equal justice and opportunity, and the way Americans like her perceived these values. I would not fully understand the intensity of this rift until the wee hours of the morning after that fateful night in November. The progressive values I championed had not reached people like her, but Trump’s inflammatory rhetoric had warmed their hearts.

“You educated people can worry about multiculturalism and all that bullsh*t,” she told me after I spent a good hour patiently explaining the framework for affirmative action and civil rights.

I smirked at her underlying barb and enjoyed my sense of superiority for a moment. She was an unkempt, uneducated woman from the sticks, and I was a hip, progressive artist with a law degree from California. Then it struck me that we worked at the same crappy job where my education pretty much meant sh*t. All my knowledge about these issues gave me no real advantages in terms of better job titles and financial security. My degree meant nothing to the HR representative who refused to give us temps the tax-free public transportation benefits regular employees enjoyed, even after I offered to do the legwork to set up these benefits.

I think of her whenever shrill and angry posts about Trump and his supporters show up on my Facebook feed. I remember the way her voice cracked and the deep pain in her eyes when we discussed civil rights and affirmative action. Perhaps I could have pressed on and insisted that she understand my history. My Japanese-American grandparents lost everything when they were interned, and my bitter grandfather fell into a deep depression after he chose to repatriate to Japan and saw, with his own eyes, the horror of the aftermath of the atomic bomb in Hiroshima. After all, her Polish, German and Italian ancestors never experienced anything like that here in America.

But dismissing all Trump supporters as stupid and vile bigots only creates more divisiveness in an already highly-polarized nation.

The hard-line stance many of my close friends take against Trump supporters ignores the more complicated and nuanced reality behind this racism. To dismiss my former co-worker, and those like her, as bigots only creates more division and prevents the possibility of any productive dialog on these difficult issues.

The general dialog around racism in America myopically focuses on race and ethnic heritage, without taking into account the larger, long-term economic trends that began in the 1970s. Wage stagnation, the shift from a manufacturing economy to a service economy, and increasing wealth inequality have eroded our faith in the American Dream as we struggle with higher costs and worry about our future.

Our political leadership has failed us in this regard, as they have not adequately addressed these larger economic trends. Instead, they have exacerbated these trends with trade agreements and monetary policies that serve the interests of capitalist elites who fund their political campaigns. With the help of a media industry that profits from sensationalism, politicians and capitalist elites exploit our racism and bigotry to maintain a status quo that serves them.

Thanks to them, we are all in the same crappy economic boat, working longer hours for less pay, bickering over social issues and anticipating the potentially bleak future that awaits us if things do not change. 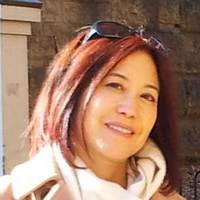