Yoga MythBuster: You don’t have to be Flexible to Do Yoga. 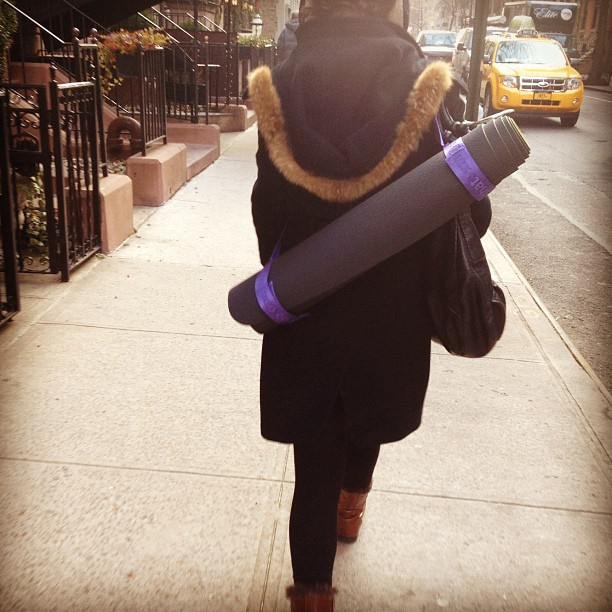 “I can’t do yoga—I’m not flexible enough!”

This is hands down the most common reason I get from people when they explain why they can’t do yoga.

The truth is, those contemplating yoga for the first time are inundated with messages they receive from mainstream media sources that showcase the physical, flexible asana aspects of a practice.

Isn’t it completely reasonable that this misconception about the necessity of flexibility would exist in our modern society? Type “yoga images” into any online search engine, and you’ll be bombarded with a multitude of stereotypical yoga images (think splits, headstands, handstands) portraying incredibly flexible people. And that’s without even taking into consideration the impact of the Instagram yoga community and the ideals surrounding it (thank you JP Spears for enlightening us on “How to Take Yoga Photos for Instagram“).

The key aspect I’m attempting to highlight here is the impact of the “selfie-stick-yoga” culture on beginners who has yet to build the courage to roll out a yoga mat and release into their first downward-facing dog pose.

If only they knew that yoga had very little to do with anything external—like how high they can raise their leg, or how long they can stand on their head, or the color of their yoga mat—and more to do with their very own inner quest for self-knowledge, awareness and connectedness. In the words of the highly respected yoga guru Sri Pattabhi Jois:

“Yoga is possible for anybody who really wants it. Yoga is universal…But don’t approach yoga with a business mind looking for worldly gain.”

Those of us who hold our yoga practice close to our hearts know that its essence extends to spiritual depths far deeper than any words, images or commercially-driven intentions promising the perfect yoga physique can adequately reflect.

It doesn’t mean that we shouldn’t ever post a yoga pose on social media ever again. It just highlights the need for a more balanced representation of a practice that began thousands of years ago—long before the digital age was even dreamt of.

So how do we communicate these non-verbal aspects of yoga, the aspects that cannot be “selfie-fied?” This essence that we feel and experience when we practice, that resides deep inside of us—our true nature?

I often suggest to those who believe they are not flexible enough, that all they really need to bring to class is an open mind.

With an open mind, the body will follow. And the flexibility will come.

This means, for beginner and experienced yogis alike: trusting in ourselves, abandoning our egos, allowing ourselves to be in the present moment, accepting our bodies as they are at particular time and place, and not worrying about the person next to us—or anyone else in the room, for that matter.

And for now, if you’re a beginner and can’t touch your toes, then the option is simple: Bend your knees.

Taking this modification doesn’t mean that you aren’t doing yoga—it just means you are practicing your first yoga class in a safe and manageable way. The legs will straighten in their own time and at their own pace.

For yoga is certainly not a “quick fix”—it is not a means to an end, and it should not be sold as such. It is a deeply personal journey that comes with no definitive end date. As the late B.K.S Iyengar instructed in his highly acclaimed text The Tree of Yoga, “Yoga should not be rushed.”

Instead, it is a journey within oneself toward a deeper, truer self that may or may not ever be revealed in full. Iyengar himself admitted to his overall knowledge of yoga as infinitesimal when compared with the rich knowledge of yoga from ancient yoga texts when he said, “You and I are still scratching the surface of the subject.”

So our beginner yogis can rest assured that if one of the most revered Indian masters of yoga claimed only to be “scratching the surface” of his practice, then there should be no need for reservations on the matter.

Flexible or not—yoga is for all. 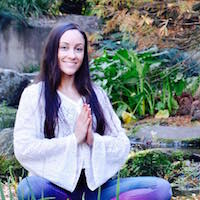