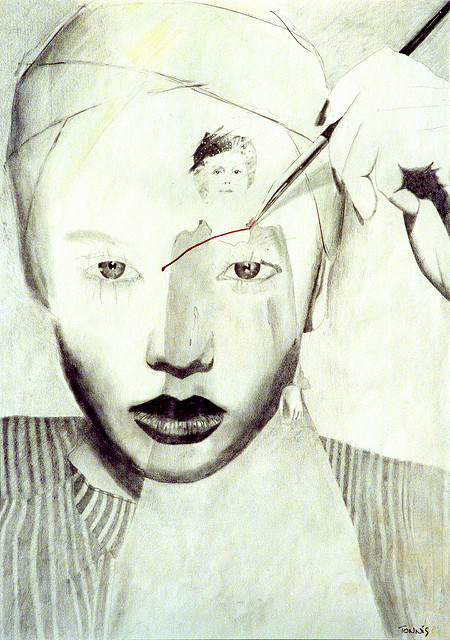 Let me get straight to the point. Dementia is a soul sucking pig.

It doesn’t matter if it’s regular, old, senile, garden-variety dementia, or if it is important enough to have earned the moniker Alzheimer’s.

The behavior manifests in the same way.

It’s hard to believe that a short time ago, a doctor was not able to definitively diagnose the latter until autopsy, where the brain (and the associated aluminum deposits) are easily identified and visualized—even taken out and weighed.

You cannot tell me that we do not possess the technology to detect aluminum deposits in the living brain. Seriously? It’s a metal. How hard can it be to scan for a metal?

Ok, so now I’m fighting that slap-happy madness of the truly sleep-deprived, pressing giggles into my knuckles because my exhausted brain has served me a vision of older people running metal detectors over each others’ heads, mining for gold and aluminum. I have to get some sleep.

Oh God, what if these imaginary people accidentally demagnetize each others’ hearing aids and pacemakers with metal detectors? There’s either a ridiculous children’s book, or a horror novel in the above sentences—I am not sure which.

So, fucking bitch dementia, no I will not watch my tone, or stop cursing. I am angry. I curse when I am angry. I am almost 50 years old. I absolutely mean “fuck” when I say it.

You have beaten her in so many ways. I implore you to stop taking from her. You’re killing me too. Maybe that was the plan. But I ain’t goin’ out like that. You ain’t the boss of me. Hopefully, you never will be.

You have taken from her the ability to reason, and left only paranoia and distrust in your wake. You have upset her apple cart so badly she no longer remembers that it is her own cart, or what fruit was there in the first place. You have stolen whatever sixth sense she ever had, including her maternal instinct.

She remembers that I once had a drug problem—the issues behind that are a story for another day—but she has forgotten that I have been steadily building myself for years, and do not remotely resemble the person I was.

She screeches that I’m a dope fiend when I lose five of the 15 extra pounds I gained over the winter. You put that in her head. You took her memory that I have battled my weight my entire life, and it’s the only thing I ever got bullied about.

I was a fat kid. I had body dysmorphia for years. She forgot that she contributed to that abuse every single day of my teens.

I’m probably healthier than I have been in 30 years. I did that without her moral support. And yet, I am the one who sticks around and makes sure she doesn’t burn the house down. She has come close, more times than I care to mention.

You have stolen her internal clock.

Fucking bitch dementia. You have made her retreat into the only cycle she knows, one of a messed up mother/daughter relationship that she passed on, pretty much unchanged, to me. Her own mother died from complications of Alzheimer’s, her sister is barely holding on to her self-awareness because of you.

My mother never received love as a daughter, and has never known how to give it to me. I am grateful that I gave birth to a boy, so I could leave that cycle in my rear-view mirror. I know that miraculous, unending, unconditional love I feel for my son in no way resembles whatever she has ever felt for me. She has never accepted me, and now thanks to you, she never will.

You have left her a victim of your vicious cruelty, and she passes every bit of it onto me. If I am your target—bullseye!

She accuses me of anorexia when I don’t eat, because she has forgotten that I have suffered 46 years of gut issues. She doesn’t remember all the Mondays she had to pick me up at school because I puked in the hallway.  She forgot how I projectile vomited my formula on everyone because of lactose intolerance.

She has forgotten the story she has burned into my brain. She forced me to look at a bunch of faded 70s photographs to see if I remember the actions depicted in them. I do not. I was an infant.

As the story goes, our family was visiting my parents’ army buddies, Stan and Jane. I’ve seen the pictures of him “airplaning” me, spinning me this way and that—I have to believe I loved every second.

I picture my mother, sitting close by in silence. She probably lit a cigarette to keep her from flipping out. She was probably thinking, “Oh my God, she’s gonna barf all over him. I just wanna crawl in a hole and die!” She says nothing aloud, but is getting antsy. He flips me and gets me to giggle. She’s warned him, he has no idea what he’s in for—I can just see all that flashing across her mortified face.

Stan was only person I never puked on. She doesn’t remember any of that.

I know who you are, you fucking whore. I am not afraid of you. You are a bully, whispering cruelties in her nearly deaf ears, making her physically strike me, making her apply top-drawer abuse to every situation.

I have long ago accepted that everything is my fault. I’m too exhausted to fight that battle. She can think what she wants about that. She blames me for her heart attack, but has forgotten that I have a degree in nursing. My specialties were hearts and lungs.

You have reduced her, like an evil demon possessing her, to pulling all my things out of the closet, strewing them around the living room while I am at work, and then gleefully screeching, “Just look at this mess you made,” as soon as I walk in the door.

This is usually accompanied by a half-hour diatribe of what a worthless piece of shit I am, how she’s throwing away anything I don’t put away. I try to come from a place of understanding with her, but that is easier said than done. She has plugged her fingers in her ears, screaming at me about what a waste of human flesh I am, giving me a list of reasons why I will never amount to anything.

She has forgotten that I already have.

She sees everything through your vicious, deadly veil. The only things that you have given her are fear, anger, and a brain full of holes.

Fuck you very much, dementia.

You have taken away her joie de vivre. I don’t think she remembers how it feels to be loved, or safe, or warm anymore. She certainly doesn’t remember kindness. You bitch.

You made her remember every mistake, big or small, I ever made. She has forgotten every positive, wonderful thing I have done. There are a few.

She remembers every single jab, every single degradation, every bit of disapproval her own mother heaped upon her; she has passed every spiteful syllable on to me. That projection is my cross to bear. You made her forget she once loved me, and you made her remember that she doesn’t anymore. I will never forgive you for that.

Relish your treasures, bitch. I hate you, and I hate the fact that I don’t know more bloody curse words. You suck. Eat a bag of dicks. Fuck you and the horse you rode in on. I want you dead.

We are quite capable of screwing up our own psyches without your input. 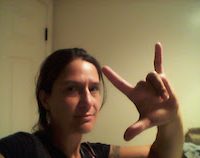