How to Celebrate the Full Moon like a Buddhist. 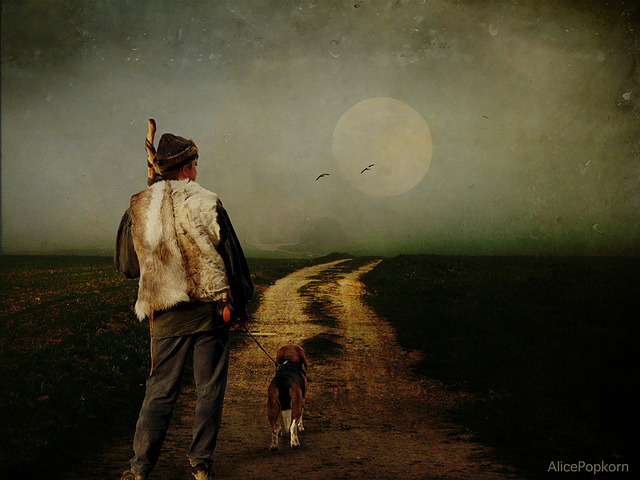 Some people may think that Buddhists are far too serious to celebrate something like the full moon, but the opposite is true.

The full moon is one of the most sacred times in the Buddhist calendar.

So, it makes sense that in Buddhism, we revere the full moon as sacred. It is seen as an auspicious period filled with an abundance of spiritual energy. And, as in the Buddha’s case, the precise kind of energy that causes transformation.

In Buddhism, we regularly try to sit back and see the bigger picture, a practice we call mindfulness. Mindfulness helps us become the observer of things rather than just the doer of them.

Practicing mindfulness helps us take a neutral stance and attempt to see more clearly. When we are able to do this, we begin to awaken.

So, let’s look at the full moon this way—in its entirety.

When we see with mindfulness, we slow down. We pause and we ask ourselves what is really happening?

As a Buddhist observes the full moon, we don’t just see it for what it is. We understand that the moon must have had a journey to get this way and it will have a journey of unbecoming.

According to Buddhists, the phases of the moon represent the path of death and birth, the repetitive cycle of reaching fullness and then of beginning over again. Since rebirth is a given in Buddhism, the moon cycle becomes a friendly reminder of our beliefs.

The moon stages, when observed metaphorically, represent awakening as reflected by the natural world.

Like the moon, we are always attempting to create something brilliant, achieve it, then recover and build back up again.

This is why Buddhists celebrate the full moon with a certain fervour. We honour it as a time to partake in special meditations, observe rituals, and delve into a deeper state of stillness.

Similar to astrological and scientific perspectives, Buddhists believe that the moon has a strong effect on our human body. Traditionally, it is taught that on a full moon we should take more time to relax.

In years gone by, Buddhist countries honoured the full moon as a holiday. The idea was that people would take the day off of work and family, so they could focus on meditation and prayer. To balance out the intensity of the full moon, they engaged in activities that calmed the spirit rather than activating it.

Traditional Buddhist societies observe the lunar calendar (meaning that their months are based on the moons’ cycles), which is contrary to the solar calendar of the Western world (where dates are calculated by the positioning of the Earth as it revolves around the sun).

By observing the lunar calendar, the moon is understood as the center of a Buddhist’s life.

Since finding balance is a primary goal of Buddhism (we are continually seeking the middle road), grounding activities are the best way for us to celebrate during the full moon.

So, this month as the moon builds to its fullness, instead of getting wound up about it, let’s take a breather.

Set aside some sacred time to practice something that brings us peace. Perhaps it is reading a beautiful poem, going for a slow walk in nature, choosing to be silent for an hour, or gently practicing yoga.

My favourite balancing practice is meditation.

In most Buddhist lineages, it is common to perform a special meditation ceremony on the full moon.

Often, the ceremony includes a chant before sitting in silence and is followed by a candlelit procession, where the Buddha is honoured.

I wrote a simple five-minute meditation that anyone can practice to promote more peace during the full moon.

Regardless of our beliefs, the moon has a powerful pull toward making amends.

Sit on a chair or a cushion on the floor.

Start by feeling the weight of the bottom, resting on whatever we are sitting on.

Imagine there is a string connected from the top of our head rising up to the heavens.

Feel the spine lengthening as we begin to sit taller.

As we inhale, feel the temperature of the air entering our nostrils.

As we exhale, notice the temperature of the air leaving our nostrils.

Stay here for the remaining minutes, simply breathing and sitting as still as we are comfortable. When the mind wanders, focus again on our posture: spine lengthening, shoulders relaxing, and seat weighted.

This meditation can be practiced during the few days leading up to or following the full moon.

To celebrate this full moon like a Buddhist, all we need to do is sit back for a moment and become a little more still.