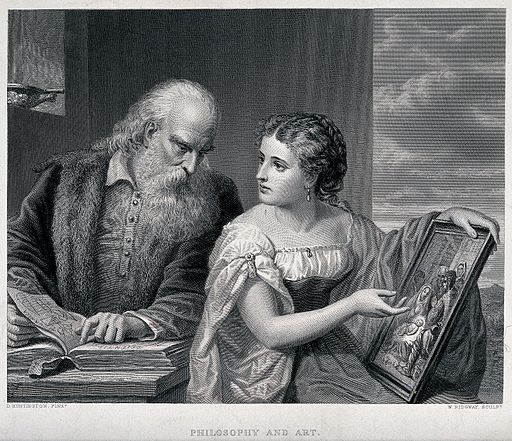 Though 20-somethings have been exposed to deeply rooted opinions, rigid morality, and sexual oppression, their energy has not yet calcified into the static energy systems that are the hallmark of most adults. Their youthful energy is still flowing, which can easily result in a case of mistaken sexual identity, energy, desire, or willingness.

It isn’t supple breasts or young vaginas that older men seek, but the surplus, untethered energy that provides a glimpse back into youth, vitality, and innocence long abandoned. Yes, the young ladies look like the answer to all that ails the older man—and sex appears to be the way to tap it. But it isn’t. Sex with the younger woman is a distraction from the real source of adult energy: wisdom and depth.

Youth, for the most part, have agility instead of wisdom and disrespect instead of depth. They love attention or a cause more than they do sex and don’t yet know the subtle nuances between absence and presence. Sure, they are frisky, but they are lousy in bed, while their energy is still titillating and tempting.

Male peers confusing energetic attraction for sexual attraction makes older women crazy. It has older men appear ridiculous and not lovable to them, just when they could use a good hug, because culture has seemingly turned a cold eye on all women of a certain age.

But only women of a certain age have the scars, dents, and wear that hone in on their uniqueness. Youth all look alike, offering a plug-and-play arousal to older men that appears much less risky than courting originality.

Paradise is a state of mind, not a location. One glimpse of the young couple in front of the neighboring hotel room revealed that today is the day he is breaking up with her. He is tall, blond, shirtless, and a WASP. She is Hispanic in a tiny string bikini with huge, round eyes of disbelief. She hurts under the anger, but she doesn’t show either.

Instead, she shows her butt cheeks. After about 20 minutes of quiet haggling about who is leaving who and how, he gets one last glimpse of what he will be missing. She appears to have forgotten him after 18 steps. I counted them and noticed, because her walk smoothed out as she focused on where she was going—not where she had been. “You will miss me,” was her last threat. Yes, until later that evening in the midst of loud make-up sex.

It isn’t that easy for oldsters to break up. They are wired, taped, nailed, and glued together by experiences and the threat of growing old alone. History doesn’t hold two people together the same way lust does.

Lust smashes young bodies together, and then an atomic love reaction results—or doesn’t. But older folks are a tricky jigsaw puzzle. They need the right piece in the right place. They are easily thwarted and cling like barnacles where they can.

Young folks do a fly-by, risking nothing and spinning out drama. Old folks search for unmarked treasure in nuanced teaspoons of dust kicked up by tiny breezes unnoticed by younger, better eyes, but only felt by hearts that have risked and risen, risked and fallen, and that know better but to get up and try again.

Ageism is an attempt to keep us apart based on a relatively random birth date on our driver’s license. But luckily, lust isn’t a paint-by-number. In fact, it can funnel the energy of youth through the wisdom of age, offering humor for all—and for all, a good night.

Young and old need to play together, including imaginings of sex, but not the reality of it. Young women can remind older men of long lost lust, regrets of opportunities missed, and limitless foolishness. But they also spark the desire to impress, which lights the older man into the full-blown fire of sexuality they can then share with older more experienced women.

Younger women will be older women soon. Older men will be dead. Carousing together, independent of age can lustily occupy our time, reminding us that we are a playful species. We can turn our back on time and our fronts to each other, open and available, offering everything we have.

All of us deserve a good frolic to the tune of the wind, the blue of the sky, and the inevitability of the tides together—until death do us part.