One small Thing we can do that might Prevent an Argument. 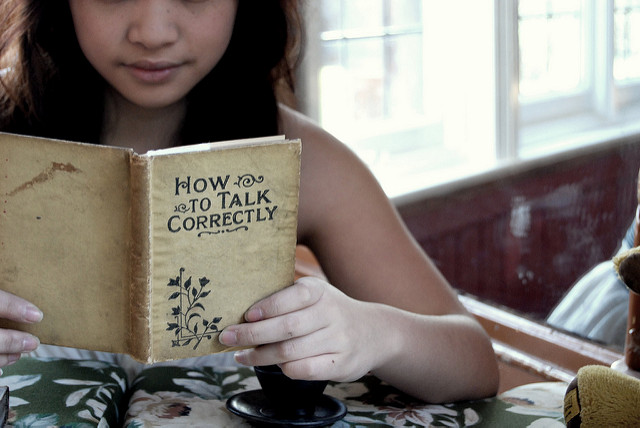 “You said I was ignorant!”

I am sad to admit that I say this with a bit of a foot stomp in the midst of a heated discussion with my husband.

“I just meant you didn’t know,” he says slowly.

I open my mouth in preparation to argue some more and that is the precise moment when his words register in my brain. I stop to reset. And then, with a deep sigh, I look at him sheepishly.

He shoots me a small smile, comes over to put his arm around me and give me a little squeeze.

I look up into his blue eyes, still feeling like an idiot and say, “We did it again. I know better than to get wrapped around the axle about a word without clarifying what you mean. I’m really sorry.”

“Aww, baby…” and he hugs me close and kisses the top of my head.

I used to think we were the only ones this happened to. But, as with most of the trials and tribulations of any relationship, we are not alone. While enjoying dinner out with my in-laws, I realized it happens more than I thought.

Over a beautiful (and tasty) tuna tataki, we start discussing this particular phenomenon. Before I even get the entire story out, my mother-in-law starts laughing and exchanges a look with my father-in-law.

Perplexed, I continue, “Sometimes, we will look up a word in the dictionary…”

“…and the definition of what you each think a particular word means is right there, one on top of the other,” she finishes.

My mother-in-law is absolutely one of the smartest women I have ever met. And she works in a field where knowing human behavior is really important. So when she tells me we aren’t alone, I feel a deep sense of relief. But it also gets me thinking.

We live in a melting pot of culture and ethnicity. As such, there are a million reasons why someone may take offense to a particular word choice.

Did you know that another word for cigarette in some parts of the U.K. and Australia is “fag”?

Take a moment to imagine someone approaching you on the street and asking, “Mind if I burn a fag?” Which is the U.S. English equivalent of, “Mind if I smoke a cigarette?”

But for people who were born and raised in the United States, where this is used as a derogatory slang term, this innocent question could incite anger or maybe even violence.

Granted, this is an extreme example. But sometimes, a person is using the correct word and their accent makes it sound like something completely different.

There was a restaurant here in central Texas. The name of the restaurant was “Taste of China.” When you call to place a to-go order, they answer the phone cheerfully with the best greeting in history:

“Taste of Vagina, how can I herp you?”

It was years before I could make a phone order with a straight face.

Years ago, a new Vietnamese restaurant was being built near my house. The brilliantly colored sign that sat in front of the construction sign said “Coming Soon! The Pho King Restaurant.” Now, if you pronounce pho as “foe,” this isn’t a big deal. But if you pronounce it correctly as “fuh,” this sign reads: “Coming soon! The F*cking Restaurant.”

So what is my point?

As a society, we have plenty to be angry about. We can choose any number of things, ranging from world hunger to our national debt to our current President. We don’t need to be wrapped around the axle about a word that someone chooses, especially when there is a good chance that what we think it means is not necessarily what another person thinks it means.

Our melting pot is not going to get any less melted or mixed up any time soon. So, this problem is not going to go away in the near future. Being mad about a person’s word choice is just asking for unneeded anger, stress, and heartache.

We can all do a little better about asking clarifying questions. Especially in cases like this.

It takes 5-10 seconds tops to ask, “This is what I think that word means, what do you think it means?”

And that 5-10 seconds can save us many hours of our lives that we would otherwise spend angry or hurt because of one simple word. The payoff is worth it. 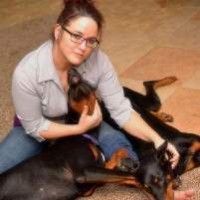