The Double Whammy of Sexism & Racism—& What to Do about It. 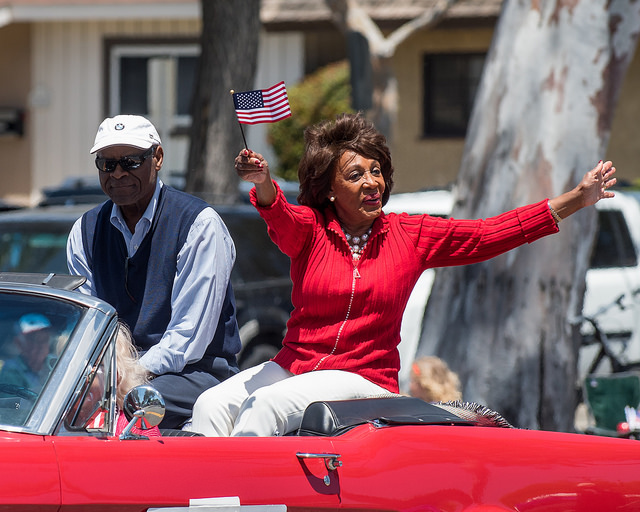 Two white men, in the span of less than 24 hours, summarily and publicly disrespected and insulted two well-regarded black women.

Bill O’Reilly is well known for his sexism and unprofessionalism. Earlier this month, he tweeted that veteran journalist, Andrea Mitchell, who is white, was “unruly” for attempting to get Secretary of State Rex Tillerson to answer some questions during a photo-op.

Tillerson had not made himself available to take questions from the press in the five weeks since he had been confirmed as Secretary of State. It is certainly not unusual for members of the press to ask questions in these scenarios, even if they don’t get answered.

So why “unruly?” Men who are threatened by them often consider women who are persistent “unruly.” Women in positions of power who exert their authority are considered bossy, bitchy, and worse for doing their jobs. What are the odds that he would call a male reporter “unruly” under the same circumstances? Slim to none, I’d think.

Insulting their appearance is another way these insecure men vent their disdain for women—especially powerful ones.

Maxine Waters is the chairperson of the Congressional Black Caucus and a respected member of Congress since 1993. After watching a segment of a passionate speech that she was giving on patriotism, Bill O’Reilly (on “Fox and Friends”) said that he didn’t hear a thing she said because he was fixated on her “James Brown wig.”

In essence, he felt perfectly justified in completely disregarding her words on the floor of the House of Representatives because of how he perceived her looks. The almost laughable irony of this is that it is pretty unthinkable that he would apply this same standard to Agent Orange, who blathers on like an eight-year-old with hair that is the laughing stock of the world.

His comments were roundly perceived as both sexist and racist. But this wasn’t the first time that a white, male Fox News host has directed his racism toward her. In 2012, Fox News’ Eric Bolling criticized Waters by comparing her to Whitney Houston and telling her to “step away from the crack pipe!”

Maxine Waters, for her part, responded to O’Reilly in typical confident fashion by declaring, “I am a strong, black woman. I cannot be intimidated.”

Less than 24 hours later, Sean Spicer, the often combative and generally rude White House Press Secretary, took his standard behavior to a new level by yelling at and chastising April Ryan, a veteran White House correspondent who deigned to question him about the growing perception of collusion between the Trump Campaign and Russia.

Ms. Ryan represents American Urban Radio Networks and has been a White House correspondent since 1993. Sean Spicer spoke to a grown woman as if she were a child who needed to be disciplined.

To be sure, Spicer has lashed out at the press corps, regardless of gender, since his first day as Press Secretary. But it was his repeated demand that Ms. Ryan stop shaking her head that made his exchange with her stand out in a different way. Ms. Ryan, for her part, said she was shaking her head in disbelief.

A number of white men, including Sean Spicer himself, have denied that race or gender had anything to do with how he spoke. But as Jason Johnson pointed out to Matt Schlapp, “You don’t get to tell other people what racism is.”

I know this is hard for some white people accept. But it’s true. If you don’t experience it, you don’t get to be the one who defines it.

The same goes for sexism. When Spicer called Politico reporter Tara Palmeri “an idiot with no sources” last week, the reaction among many women was that it was a sexist attack—and men don’t get to decide that it wasn’t.

Sexism and racism are not often as overt and blatant as they once were. Sexism isn’t always a “grab them by the pussy” moment. Nor is racism necessarily the purview of Ku Klux Klan sympathizers. (Although it should be noted that more obvious expressions of both have been on the rise since the ascendance of the Trumpian right.)

I do believe that there are times when sexist and racist behavior is so ingrained in a person’s psyche that they aren’t necessarily aware that they are perpetrating either.

Hillary Clinton addressed both the Maxine Waters and April Ryan incidents on Tuesday, when she spoke at a California women’s diversity conference in San Francisco. “Too many women, especially women of color, have had a lifetime of practice taking precisely these kinds of indignities in stride. But why should we have to?”

Her advice to all women is to resist, insist, persist, and enlist. Women must “resist actions that go against our values as Americans,” insist on “putting people first,” “persist” like Sen. Elizabeth Warren did when she was prevented from reading a letter written by Coretta Scott King about Sen. Jeff Sessions, and “enlist” others by running for office or opening a business.”

I would say this is good advice for men too. Men can support and join women in co-creating a world that fosters equality for all without exception.