The Maharishi Effect: The Most Powerful Thing we can do to Calm Ourselves & the World. 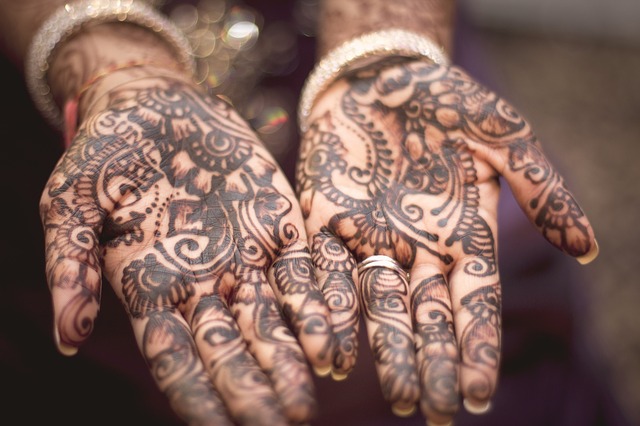 We are more stressed now than ever (although stress can actually be good for us).

Usually our stress level goes down after a Presidential election, but this year it went up.

The American Psychological Association (APA) reports that two-thirds of Americans are feeling high anxiety—the largest increase in stress since the APA began taking the poll 10 years ago. It’s not just Democrats; 59 percent of Republicans report they are stressed about the future of the country too.

We’re watching in astonishment—perhaps too much—as facts are distorted. We don’t know what’s going to happen next. We want to do something. We’re reacting in posts and shares, in conversations with our friends and family, in blogs, and in protests. I say to myself, “This time, we can’t just withdraw and do nothing,” but then I worry if all our reactions are adding fuel to the crazy fire?

With all that angst-laden noise, how can we respond effectively to actually increase the peace? I’m finding it harder to hear my deep inner self these days. When faced with conflict—at work, in family, at the grocery store, in traffic—I am exerting my willpower more and more to intervene in my reaction. That may be good, but I am getting tired already, and our world needs us to stay in the game for long-haul solutions.

We know that when we’re feeling anger and anxiety, we are likely acting from these feelings. All great spiritual traditions—Buddhism, Yoga, Christianity, Zen, Islam—tell us what to do. It is the universal mindful action: meditate.

Withdrawing into our personal peace is clearly good for us. But what good does it do for the world? The Dalai Lama said,

“If every eight-year-old in the world is taught meditation, we will eliminate violence from the world within one generation.”

We may not have believed His Holiness, but Maharishi University in India conducted 13 scientific studies. All of the studies prove that when just one percent of a population meditates daily, the violent crime rate goes down—dramatically—and many other quality of life factors improve. The positive, soothing effect on social interaction occurs immediately after the meditations, and it increases with the number of people meditating—even in war zones.

In Washington DC, the incidence of homicides, rapes, and assaults (HRA) decreased 23.3 percent, with no other explanation or decrease in crime for five years prior. When the number of meditators increased, the HRA crime rate decreased proportionally. If the 4,000 meditators had continued, the long-term effect would have been a 48 percent reduction in HRA crimes.

During armed conflict—the 1993 Israeli-Lebanese war, specifically—group meditation resulted in 7.4 percent less crime in Jerusalem and a 4.1 percent decrease across Israel. In Lebanon, there were fewer war deaths and decreased war intensity during the meditations. Seven times, they replicated this study in areas of armed conflict.

In the United Kingdom, the town of Merseyside saw their crime rate fall by 16 percent, whereas during the same period across the rest of England and Wales, it increased by 20 percent. Merseyside moved from the third-highest crime rate of all metropolitan areas in the U.K. to the second-lowest area. There were 170,000 fewer crimes in Merseyside than expected over the three-and-a-half-year experimental period, and the projected savings to the government was 850 million British pounds.

These studies prove what has come to be known as the “Maharishi Effect.”

Maharishi University studies were all done with people practicing Transcendental Meditation (TM), at least that is the branded name of the 5,000-year-old technique of Vedic meditation from ancient north India. The Sanskrit name was Nishkam Karma yoga. The studies used TM to prove its effectiveness in solving social problems. To all our benefit, there were enough people practicing TM in the U.S. who were willing to participate to reach the one percent minimum for the studies.

All forms of meditation, however, have a similar effect. Spiritual teachers from time immemorial have been handing down techniques to help people with different temperaments achieve the universal goals of inner peace, joy, compassion, and communion with the infinite.

How can this lower crime rates, though? (We can assume the meditators were not violent criminals taken off the streets to meditate during the study.) Zen Master, Thích Nhất Hạnh explains,

“If we have the energy of compassion and loving kindness in us, the people around us will be influenced by our way of being and living.”

The meditators radiated peaceful energy into the world around them. People felt that peace and, at their most stressed moments, they reacted less violently. It is like oxygen, heat, radiation. We may not see it, but spiritual energy does affect us, profoundly.

“Meditate more and more deeply, until calmness and joy become second nature to you,” instructed Paramhansa Yogananda, spiritual master who brought yoga to the West. I see that when I meditate, I have a split-second more space to step back and then respond, instead of reacting.

So our meditations do matter to the world. The more of us who meditate, the more we actually generate peace in our community. Together, our meditations reveal the calm and joy that is innately present in us, and the world. We effectively deescalate the reactive process that leads to violence.

So let us renew our commitment. Instead of clicking and posting and sharing and OMG-ing, let us make a pledge to meditate daily—to open our hearts, and to radiate peace and harmony into the world.

We can use our own practices, or learn anew. Either way, we will be changing ourselves to change the world, and every spiritual teacher says this is always the first step. A first step we must take every day.

May this practice be of benefit:

First, before starting, tense and relax your whole body, with a deep breath in and throw out the breath as you relax. Do this three times. Focus your attention at the point between your eyebrows, your spiritual eye. And now…

1. Peace & Harmony Prayer, by Yogananda: Repeat 10 times: “Lord, fill this world with peace and harmony, peace and harmony.” And three times: “Lord, fill me with peace and harmony, peace and harmony.” (~3 minutes)
2. Listen to “AUM” being chanted and chant along mentally, breath normally without controlling it, keep relaxing your body (~10 minutes).
3. Forgive: imagine all the little and big moments of irritation today, and forgive yourself and others for each one. Acknowledge that you and others can be confused, distracted, and we are all doing the best we can in the moment. Bring each incident up to your spiritual eye, imagine it burning there in divine light, and let it go. (~15 minutes)

Thank you for meditating, returning to stillness, and radiating peace into the world. 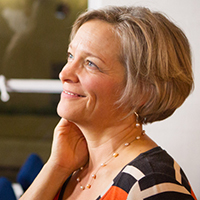