What a Nearly-Fatal Accident Taught Me about Blame. 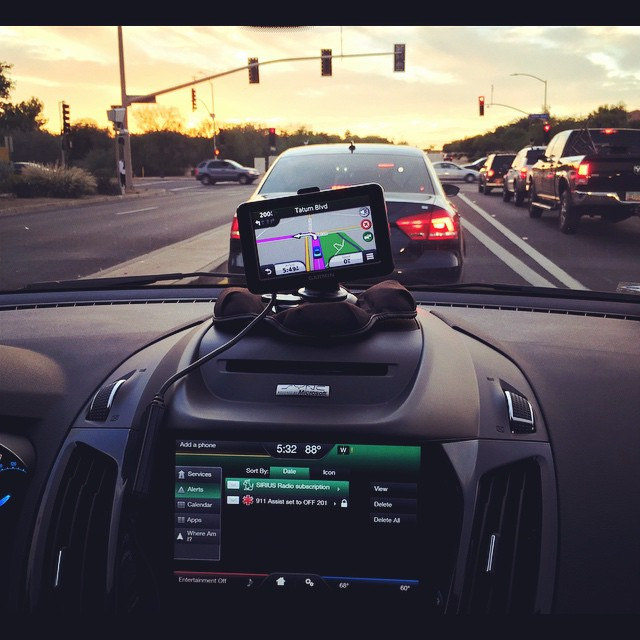 Last summer, I was driving from an appointment in Olympia, Washington, to the airport in Seattle to fly home.

It was around 5:00 in the evening, but the traffic was moving forward surprisingly quickly.

Just after I passed the Billy Frank Jr. Nisqually National Wildlife Refuge, I was on an open stretch of freeway. The next car in front of me was quite some distance away, maybe 20 car lengths. What happened next is not completely clear.

Although I don’t remember it, I must have glanced down to look at the map—but for no more than a second or two. When I looked up again, there was a car right in front of me, maybe six feet away. I was still driving at 65 mph, but the car in front of me was going much slower.

I slammed into the back of the car with the full force of a vehicle driving at freeway speed.

After that, there were a few moments of blackout, where I have no memory at all. And the next thing I knew, my car was on the center divide of the freeway. I managed to open the door and get out. Blood was dribbling down my face as I looked at the front of the car, which was completely pushed in (all the way up to where I was sitting). The other car was not so badly damaged, and the occupants seemed just fine.

Of course, adrenaline was pumping through my body so furiously that I was convinced that everything was completely okay. Because of the remote location, it took about 20 minutes for the flashing red lights to arrive. But when they did, they came in full force: fire engines, ambulances, and police cars. They sent enough personnel for 10 accidents, and everyone was extremely kind. They helped me into an ambulance and took me to a hospital in Lakewood where I was attended to by a band of angels.

If you had seen my car, you would immediately assume the driver died. It had the look of a car with no survivors. And yet, there I was a few days later, with only seven stitches in my eyebrow and some trauma to the neck and upper back, which my chiropractor was confident would be resolved soon.

It all feels like a miracle, like my life is no longer my own, because I should have died that day.

So now, it is time to get with the program and use every moment with intelligence and intention.

And, of course, I am fully aware that there are lessons to be found and digested here.

I ran into the back of another car, which could only happen if I was momentarily distracted.

Will I be far more careful in the future about glancing down while driving? Of course I will. Will I keep both hands on the steering wheel for the rest of my life, whenever I am driving? Yes. Will I keep my eyes glued to the road in front of me and drive even more defensively? Definitely. Do I have a much deeper understanding now that a moving vehicle is a potentially lethal instrument? Of course I do.

That kind of collision rams lessons and messages straight to the core of you, like a sledge hammer driving home a tent pole.

I noticed that this accident has also kick-started the blame game.

In a collision like this, the law requires us to identify a perpetrator and a victim. Somebody is “at fault,” which means that the other party is “blameless.” Generally speaking, whoever is driving the car behind is at fault, which, by that reasoning makes the other party the victim. And of course, I am willing to go along with that legal view: I will pay the fine, and I understand that the insurance settlement will be made by my company and not theirs.

But I also got to reflect on how narrow-minded this blame-victim mentality is that dominates our thinking.

At first, I had plenty of space in front of me and glanced down to the map. With 20 car lengths in front of me, I believed that was okay for me to do. The other car changed lanes right in front of me, which is a reasonable thing to do—drivers can change lanes whenever they want. After changing lanes, though, the car in front of me had to suddenly slow because the rest of the traffic had.

It was an accident.

We are all good people doing the best we can. But sometimes, we end up tangled together in regrettable situations.

In our family life, we can use this lesson to help us stop playing the blame game.

If the food gets burned, or someone forgets to take out the garbage, or a bill doesn’t get paid on time, we usually have a knee-jerk reaction where we point a finger at somebody and say “it’s your fault.”

And what does that do?

It puts the now “guilty” party into a state of shame and withdrawal.

Those are generally not good conditions for learning. It puts the blaming party in the position of “victim” and the “you did it to me” mentality. This is a place of weakness and disempowerment, and therefore not a good environment for learning either.

Imagine for a moment what our national and global conversations would look like if we could learn to stop blaming. How would this election cycle look if our intrepid political leaders relaxed the need to demonize and call each other names, and instead simply focused on the gifts they have to give?

We might end up with coalition governments like they often have in Europe, which work very well.

“You can call me a dreamer, I know, but I’m not the only one. I hope some day you’ll join us, and the world can live as one…” ~ John Lennon

Instead, let’s drop the blame and remember that sh*t happens to all of us, we are all still learning, and we are all good people who are doing our best.