When you’ve been Given the Perfect Words to Say to a Mother whose Son has Died. 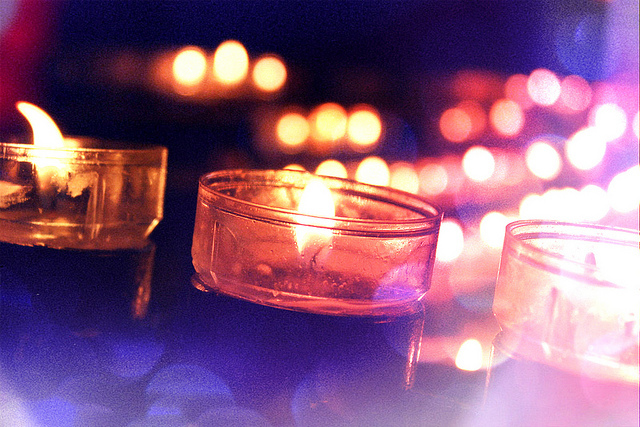 An older, stout, Mexican woman with a tight bun on top of her head knocked on the kitchen door to the apartment I’d just moved into.

“It’s okay me clean?” she asked, waving her arms around in an effort to further explain.

Of course it was okay. The landlord had already told us that Juanita would come once a month, and that her service was basically included in the rent.

What a nice bonus.

“Me, Juanita,” she said, holding the tips of her fingers out lightly for a soft hand shake.

I took her through the tiny apartment—practically all of which you can see by standing in one place—showing her how I had decorated and arranged it while she exclaimed over and over, “Que bonita, que bonita!”

I liked Juanita right away and decided that whatever she did—or didn’t do—I would be happy with it. After all, she was a gift, and as far as I was concerned, the time she spent cleaning was time I could spend writing.

Funny how it goes though—you sit down at your computer to write a story, and before you can blink, the woman who came in the kitchen door five minutes earlier to clean your house, shares a story without you even asking.

It’s also funny how two people who don’t speak the same language—and have only known each other for those five minutes—can communicate with each other in the most tender of ways.

“No. Me born in Texas,” Juanita told me in answer to me casually asking her if she was from San Diego.

“Me no esquela,” she added between sweeps of the broom. She always worked. Her mother had siete ninos (holding up seven fingers), and she herself had siete niños as well.

At least she used to have seven. She folded one finger down.

Now she only has six.

It turns out that the death of her son was on Juanita’s mind today, because this very date was the anniversary of his death 17 years ago.

It turns out also that—thanks to a Facebook post I had just read, written by a father who had lost his own son—I knew what to say to Juanita.

“What was your son’s name,” I asked her.

His name was Lupe. He had lived in San Jose.

He was her second son. She had another son, but this one—he died of cancer.

“He still lives en tu corazón,” I said, crossing my hands over my heart.

That was when her tears came. Immediately. Just like they had been lying in waiting behind her eyelids.

She tore off a clean paper towel from the roll she was using to polish the counter, and she wiped her eyes.

Her innocence—her complete naturalness, willingness and ability to feel her grief—was, in itself, more cleansing than any so-called mopping or vacuuming she might have done.

Just then, the UPS guy knocked with a package. I had been expecting it.

“Pero que?” she asked, and came over to where I was opening up the carton. How could I have had something for her? I didn’t even know she was coming.

Sometimes though, you do know. You just don’t know you know.

“Here,” I said, taking out one of the vigil candles from inside the carton and holding it out to her.

“This is for Lupe,” I told her, calling him by name.

Juanita put her strong arms around me.

She held the little vigil candle in one hand and raised it skyward, her eyes following it to where she believed Lupe now lived.

A week before, I had ordered a carton of vigil lights online to use around the apartment. I’ve always liked the way the wax stays contained in them, instead of dripping all over, and they give a nice warm glow.

Strange as it was though, I had received an email the day before telling me that because of the rainstorms, the delivery of the candles would be delayed.

Even Juanita’s housecleaning had been delayed. She was supposed to have come the day before as well.

But this morning, the sun was shining—the rain was over, and all the things that needed to come together came together just as they should.

Me, Juanita, the vigil lights, the anniversary of the death of Juanita’s son and the Facebook Page on which I learned the perfect words to say to a mother—who, after 17 years, still shed fresh tears for her son, Lupe, who had died—it all came together so poignantly.

“It is okay to say his name. It is okay to ask me about him. He is my son, and he is still a part of me. Don’t be afraid to cause me pain—the pain is always there—sometimes for you to see but mostly hidden inside just for me. You can’t hurt me by saying his name. Hearing his name or seeing pictures I have never seen brings him to life. He is not forgotten if you say his name. He is my son, and he is still part of me.” ~ Chris Halsey