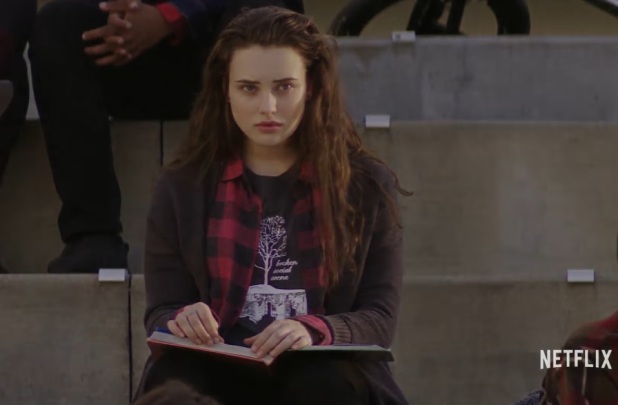 Have you ever read a book that hit you so hard, you couldn’t stop thinking about it?

One that somehow stayed with you long after you read the last page and closed it for the last time? 13 Reasons WhyÂ by Jay Asher was one of those books for me. It started out as a casual suggestion made by a trusted bookseller: “Read this one. You’ll love it.”

I loved it, even though every page hurt a little. Now, 13 Reasons Why has become a Netflix original series, and here are 13 reasons you should be watching it right now:

1. It brings awareness to the signs of suicide.Â It’s not spoiling anything to tell you that this show is about suicide. In short, it’s about a girl who commits suicide and then sends out tapes to the 13 people she holds responsible. It’s a significant book for at least 13 reasons, but one of them is because it reminds us of the signs of suicide, so that we can do our part to help people who are struggling.

Some of these include losing interest in hobbies or activities, changes in sleep and eatingÂ patterns, withdrawing from others, and giving away possessions. The CDC cites suicide rates between the ages of 10 and 24 as the third leading cause of death. That’s nearly 5,000 lives lost each year in the United States because of suicide. Understanding the signs of suicide risk can help us prevent so many lives from being lost.

2. It brings awareness to bullying behaviors that go far beyond the regular aggressive behaviors often depicted.Â Some bullying is more subtle but equally damaging.

3. It educates us about the pervasiveness of rape culture. From start to finish, it provides a clear illustration of what rape culture looks like, how it affects girls and women, and just how prevalent it is in our society. It is everywhere, and “13 Reasons Why” calls it out.

4. It shines a light on why gossip is damaging. At any age, we can be the subject of a rumor. But so often we participate when we listen to gossip, even if we don’t pass it on. “13 Reasons Why” shows just how harmful gossip can be.

Growing up, I changed schools a number of times and was the object of a number of unfoundedÂ and untrue rumors. As an adult, I’ve seen it happen in the workplace as well. Gossip can be extremely malicious, and it goes so far beyond hurt feelings. Both the book and show highlight just how far gossip can go—and how damaging it can be.

5. It is relatable beyond high school. No matter your age, it’s likely that you’ve been in at least one of the situations depicted. A party, a conversation, a date, a relationship, a friendship. While created for adolescents, “13 Reasons Why” resonates so far beyond high school.

6. It shows just how important it is to have a healthy, positive support system. Some of us tend to isolate when we’re feeling down or simply choose to have fewer friends.

But having a strong support system can make all the difference when things get tough in our lives. We need people around us we can trust and who help us feel better. We need to surround ourselves with these kinds of people and stop spending time with thoseÂ who participate in rape culture, bullying, spreading malicious gossip, and who bring out the worst in us.

7. It also highlights male privilege. The high school experience differs for girls and boys. Rape culture is a significant part of it, and part of changing that particular social dynamic is to point out male privilege. This isn’t about blaming men and boys for their privilege—it’s about helping them understand it so that they are aware that “locker room talk” and participating in gossip can be damaging for girls in a way that’s more pervasive than it is for boys. Hopefully, seeing this privilege will help some boys become men who are a part of the solution, rather than the problem.

8. It talks about how small actions can have large and far-reaching consequences. One small, thoughtless action can have unimaginable consequences because none of us can know what another person is experiencing. “13 Reasons Why” is a reminder of why we should be careful to be kind.

9. “13 Reasons Why” reminds us that it’s important to stand up for other people. Whether we’re talking about microaggression, discrimination, or outright bullying, it can be scary to speak out and make ourselves a target. But standing up for others is important. It can be life-changing for us and for them.

10. It’s a reminder for adults about how hard it is to be an adolescent. I hear so many adults talk about how easy it was when they were young, but clearly their memories are either clouded by time or their experiences were privileged. Because most of us struggled—with hormones, and changes, and peer pressure, and fitting in, and figuring out who we are. It’s not easy, so we should be careful, as adults, not to brush off adolescent concerns as unimportant.

11. It’s also a reminder that random acts of kindness can also have an important impact in the lives of others. When we think someone looks nice, we can compliment them. When we notice someone do something well, we can tell them. Why are we so often quick to criticize andÂ slow to compliment? Why do we withhold our kindness when we could reach out and just say something nice? A simple comment might be enough to turn the tide for someone who might be considering suicide as an option.

12. It can be a tool for self-awareness. Which character do we identify with the most and why? How might our actions impact others, and what can we do to make sure that we’re having a positive effect? Are we being authentic in our everyday lives? Is our authenticity kind? We can use this show as a way to be mindful about how our own lives impact the lives of others.

13. “13 Reasons Why” is a reminder of how we can treat others so much better than we do. We’re all guilty of being unkind at times. This show (and the book it’s based on) reminds us of the worst-case scenario, and it gives us the opportunity to learn from it and do better than we’ve done before.

13 Reasons Why is a book that has stayed with me from the moment I opened its pages and fell into this story.

I think that it does a great job of bringing awareness to suicide without glorifying it. We get a chance to see all of the little things that led to such a terrible decision, and I think it gives us the opportunity to examine ourselves to see if we’re living lives that we can be proud of—or if we can do better.

For this reason, I offer you these 13 reasons in hopes that you’ll get as much from the book and series as I did. May it change us for the better and save lives in the process.