A Simple & Profound Way to Craft a Life of Non-Harm. 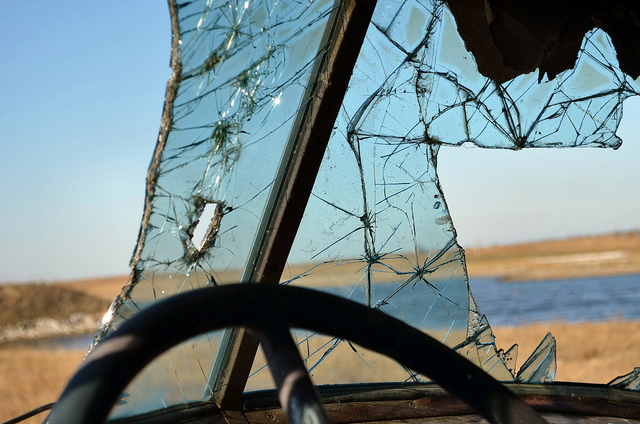 Crash! Early one morning, my husband and I sat straight up in bed and looked at each other knowingly.

We live in a resort area near a lot of bars and have handled many drunk people over the years.

Just last month, one of our vehicles parked on the street was sideswiped. We often wake up to the remnants of snacks left around our lawn chairs, where someone thought to sit for a spell. One inebriated man even walked into our house while our cousins were house-sitting and fell asleep on the couch.

At the sound of this collision, we hastily dressed and ran outside to find that a woman had crashed so hard into our neighbor’s SUV, she had pushed it six feet forward, slamming it into my husband’s truck. The woman was still sitting in her car—awake, but totally unresponsive. All the neighbors piling out of their houses and milling around said the same thing with a knowing look in their eyes—she’s just drunk.

This was a profound lesson for me in my commitment of non-harm. This concept encompasses not only the more dramatic concepts of abuse and violence but also those subtle and more relatable ones, such as quarrelsomeness, gossip, intrusiveness, manipulation, and even assumption.

Metabolizing this concept of non-harm is so crucial that ancient yoga devotees journeying along the eight-fold path, described by Patanjali’s Yoga Sutras, must first master ahimsa, or non-harm. Without doing so, they would not move on to the subsequent pillars of the yamas (social observances), niyamas (personal observances), physical postures, or meditation. And indeed, with clarity we can avow how this initial observance creates the foundation for all others.

Pema Chödrön says, “It’s a transformative experience to pause instead of immediately filling up the space. The result is that we cease to cause harm.”

In this way, we can slowly and tenderly craft a life of non-harm.

The woman who had caused the accident was still sitting in her car. The engine was still on, and it was steaming. Neighbors began banging on the window, yelling to turn the car off and open the door. She just sat there. We found a brick and began to throw it at the back, passenger side window. The car began filling up with fumes from the engine. This was scary because the oxygen was being replaced, and she was in danger of becoming asphyxiated.

The window finally broke after a few more tries. Someone unlocked the car and immediately turned the engine turned off. The woman, who looked to be in her 60s, was still not responding. Panicking, everyone began screaming at her.

I’m a yoga therapist, and if I know one thing, it’s how to help calm down a situation.

I knelt beside her door and lightly placed my hand on her left shoulder. She was having a lot of trouble breathing. I began vocalizing the steady rhythm of, “Just breathe. Inhale. Exhale.” She was shaking uncontrollably, and I couldn’t tell if the tracks on her cheeks were sweat or tears. But as I began to speak to her, I saw her shoulders rising and falling at my direction. I saw her head nod forward, and I gently encouraged her to stay present. A few times, I saw her eyes open to reveal a clear, beautiful blue. The scene around me also began to calm as we were captured in that moment of time, breathing together.

Later, after the woman was put into an ambulance, the police officer told us she wasn’t going to issue her a summons because it was a medical episode, perhaps diabetic shock. Then the officer looked at us and said, “You definitely saved her life. Thank you.”

It could have been that we saved her from asphyxiation, or that I kept her calm and helped her to breathe. It could have been any number of things, but one thing is for sure: If any of us had thought for a second that this woman had slammed into our vehicles because of diabetic shock, we would have undoubtedly acted much more quickly.

Reflecting over the events at breakfast, my husband said, “I’m troubled that I didn’t give her a second thought, but instead was mad about the damage to my truck.” I had been thinking about this too, and how we all assumed intoxication out of habit.

I said, “Everyone thought she was drunk—and so, she could have been dismissed as ‘getting what she deserved.’” Everyone at the scene could have easily just left her there, opting to wait for the police, with the assumption she’d be fine because she was “just” drunk—and those assumptions could have killed her. If we tried to break the window a minute or two later than we did, she could have died from asphyxiation. Perhaps, if I had not bent down and breathed with her those few minutes, she would have gone into cardiac arrest. I will never know.

I do know, however, that in the beginning, while everyone was busy assuming, no one was doing anything to help her. In those jumbled moments, I think I finally yelled, “She needs help!” And thankfully—in the end and not too late—we overcame our assumptions, and her life was saved.

This has opened me up to some self-inquiry: For what other areas I might be on assumption “autopilot?”

I am always searching myself for these instances of awareness and clear-seeing. At the scene of the car crash, though my first assumption was that the woman was drunk, I remember taking pause. Looking back, I see that my pause gave way to compassion. It didn’t matter to me in the least that she might have been drunk—only that she needed help. My next pause occurred once we got the car door open, and everyone was screaming at the woman. When I knelt beside her to help direct her breath, the connection between us—though she never looked at me—felt profound.

These pauses have everything to do with my years of practice: in meditation, in yoga, in stillness. That pause, or “gap” as it is sometimes called, that I had committed to nurturing so many years ago, naturally arose.

It is an incredibly profound lesson to be aware of when I make assumptions, and it was also striking to see the clear results of my committed practices.

“Not causing harm requires staying awake. Part of being awake is slowing down enough to notice what we say and do,” Chödrön says. “It becomes a way of life to stay awake, slow down and notice.” Committing to ahimsa is a profound way of life, and its path lies in the practices of stillness and allowing the space to pause.
~ 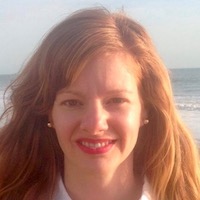