This Mercury Retrograde, Here’s why we can Laugh More than Usual. (April 9 – May 3) 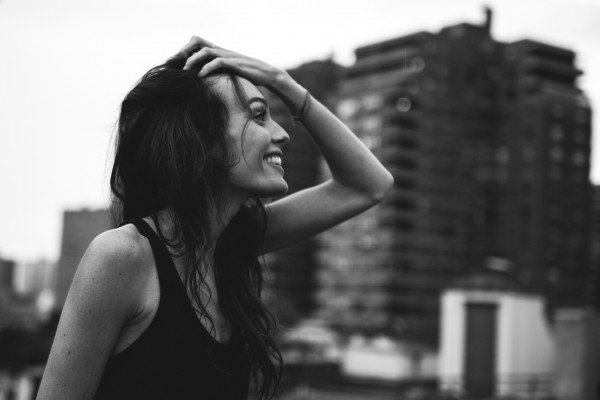 Whether Astrology is science or magic, we’re open to most things, if they may be of benefit. ~ Ed.
~

The world might seem to be going haywire right now (if it can possibly get any more so), and over the next two weeks.

Miscommunication of all types can happen during Mercury retrograde, which is happening right now, from April 9 to May 3, 2017.

It’s a time when politicians and business leaders, in particular, can misspeak and stick their feet in their mouths—as if they need planetary help with that. They can make their worst decisions, which often come back to haunt them.

This is the first reason, why we should laugh (rather than cry), this Mercury retrograde.

President Donald Trump will be especially affected by this retrograde, since he was born with the planet Mercury (ruling communication, speaking, and…Tweeting), lending a stressful aspect to his Neptune (ruling fantasy, communication, and deception). This natal aspect has affected his mental processes and communication in strange and troubling ways. It causes him to see and communicate about the world he lives in, in ways that are often more fantastical than fantastic.

The truth is irrelevant to him. Facts are not important because the basis of all his communication is more about what he fantasizes to be true, than what is really true, such as his recent claim that former President Obama wiretapped him.

This is the part of President Trump’s horoscope that makes him a magician of sorts—a master of illusion, conning people, saying he will do one thing and then doing another. His promise to provide better health care for everyone at a lower price was one of his better tricks.

Rather than the fantasy he promised, 60 days later, he delivered the reality to the American people, by asking Congress to pass a health care legislation that would have resulted in 24 million people losing their health care.

As the great magicians say, “Abracadabra…now you see it—now you don’t!”

Many of us are observing the Trump presidency and shaking our heads, including former President George Bush, who recently said of Trump’s Inauguration: “That was some weird sh*t!”

Well, you ain’t seen nothing, yet.

Watch the yuge communication problems President Trump has over the coming weeks.

As for the rest of us, we may have to have our sense of humor at the ready to get through the next three weeks, because no doubt, we will see people (including ourselves) make mistakes, misrepresentations, misspeak, forget important dates, and make excuses. But, through it all we must laugh.

Here are a few reasons to chuckle over the coming days:

We are totally off the hook for losing our girlfriend’s yappy dog. Everyone knows that this is a time when things are lost because people are mistake-prone and not thinking clearly. This is the perfect explanation for why you left the gate open and your girlfriend’s dog ran away. It’s also a fabulous opportunity to be rid of a miserable mutt who peed on the backseat of your new Porsche 918 Spyder, which you love more than life itself. Unfortunately the dog may come back right after Mercury goes direct (hopefully with a greater respect for German carmakers).

We may find the truth illusive. If you own a laundromat: “Your shirts will be ready on Tuesday.” If you’re with a drinking buddy: “This is my last beer,” or “I’ll give you back the $100 you loaned me next week.” If you’re a car salesperson: “It’s supposed to make that noise. Who knew that used car would turn into a lemon after I sold it to you.” If you’re talking to a police officer: “Drinking? Why, no, Officer. Smoking? I never inhaled.”

Everyone knows that during the retrograde communication cannot be relied upon. So, it’s not your fault if the other person actually believed you in the first place.

We may have to be creative to be kind. During the retrograde, in an effort to be kind, we can creatively tell the truth when in uncomfortable situations. For example, to the man you are not interested in, but who just won’t take no for answer: “But, we can still be good friends.” To a jealous girlfriend: “She means nothing to me.” To a friend who just bought the ugliest outfit you ever saw: “I love your new dress!”

We may delude ourselves. For example, do you remember what you said to your wife on your recent drive out in the country last week: “Don’t worry, honey, I can go another 20 miles when the gauge is on empty.” Everyone knows that it’s easy to have faulty judgment during the retrograde. How were you suppose to know that once your car ran out of gas, there was no gas station for 40 miles? (Boy, that was a long walk.)

We may have an alternative truth during this time. When you’re out on the prowl and hoping to hook up with someone for a sexual adventure, it’s so easy to accidentally say things that are untrue, under Mercury’s influence. To the woman you just had casual sex with: “Of course, I’ll respect you in the morning.” Or to the man with whom you just had casual sex: “I’ve never done anything like this before.”

We have a perfect excuse for that mean thing we said about our mother-in-law. Everyone knows that this is a time when people make mistakes in their communications and accidentally say things they don’t really mean. Case in point: You were talking to your wife and trying to express how much you enjoy her mother’s vast intellectual curiosity about your marriage. However, because of Mercury retrograde, somehow your words came out as: “Your mother-in-law is a nosy b*tch!” Give it a couple of weeks and your wife is likely to move back home with the children. Relax.

If you want to know if you were born with Mercury Retrograde; and, where your personal transits are, enter your birth date in the Free Transit Calculator. It will compute your personal transits for 2017 and the planets in your birth chart. Then, make sure to scroll down to the bottom of the page, where you’ll see your planets and the sign they’re in. You will see the sign your moon is in.

If you want to know more about your sign and how the planets may be bringing changes to your life, go to the Free Transit Calculator and enter your birth date.

If you want to know about the planets in your personal horoscope, go to the Free Horoscope Calculator and enter your birth date. If you’re curious to learn what your Horoscope says about your love relationships, and marriage prospects, as well as career, investments, and health, order your customized personal report.

If you’re in love and want to find out if you’re really compatible for marriage (or partnership) with another person, go to the Free Love Compatibility Calculator and enter your birth date and theirs. And, if you want a customized report on your compatibility together, order your Love Compatibility Report.