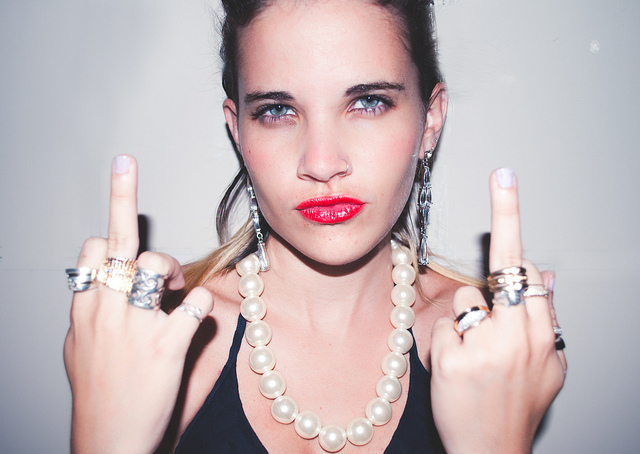 When my ex-husband offered me feedback for improving how I loaded the dishwasher, played darts, or hugged his family, my gut instinct was to give him the finger.

He used to say, “Don’t be so sensitive.” I tried not to be, but it was like swallowing ice cubes whole. After I left him—and found my voice and another man—I wasn’t so resistant.

When my beloved said, “Don’t get weird,” it wasn’t to shut me down, so much as to help me stay grounded. At least, that’s the way I took it. Maybe I was more solid or secure. Well, okay, definitely. But, I also knew this man had the best intentions for me rather than to trying to control or shut me up.

My beloved could handle my emotions and respected what I had to say. That same kind of respect resonated recently when an editor told me my piece was not ready for publication, but she offered ways I could clean it up. Her wicked writing skills and the way she phrased her comments created an opening rather than a rejection.

Feedback offers us the opportunity to become better writers, communicators, and even better people, if we can see it as a gift rather than an attack.

When receiving feedback—whether in relationships or writing—here are 10 tips for letting another’s words encourage, or at least not piss us off:

1. Consider the source. Is this someone I respect? Is he or she qualified to give suggestions? What are the intentions?
Most editors, lovers, friends, and family are attempting to help, although it may not feel like it in the moment. Also, even if we don’t particularly like a person, such as a professor, they may still offer valid points to help us on our path. For example, a snowboard instructor’s suggested techniques could save a beginning snowboarder two weeks on her parents’ couch with a twisted ankle. Oh yeah, that was me—sans lessons.

2. Take into account our own state of mind. When we’re tired, hung over, or hangry (so hungry we’re angry), we react differently than if we just had a kickass cardio workout, a magnificent make-out session, or landed our dream agent.
If possible, let’s attempt to be clear headed when receiving criticism so we’re not distracted or reactive. This can mean waiting until morning to open an editor’s email. Of course, in person, waiting isn’t always possible. Sometimes a boss pulls us aside and we feel what’s coming isn’t quite going to be, “Hey, what a winner you are!” In cases like these, a few deep breaths can do wonders.

3. Avoid defensiveness. Duh, you know that, right? A Course in Miracles says, “The ego speaks first. And the ego speaks loudest.” There’s no need to test this theory. I’ve done it for you. Now, sometimes the best I can say is, “Thank you. May I have 24 hours to think about what you’ve said?”

4. Own our tendencies. I have a tendency to be a mismatcher, otherwise known as disagreeable. This tendency heightens with certain people (see: my father). Also, I have an overgrown ego and at times, I think my writing is stellar. Or, I’m a clear communicator; it’s you! Once we recognize our tendency to reject feedback the instant it’s delivered, we can step back and laugh. Or apologize repeatedly. I like laughing better.

5. Realize our desire to please. When someone we respect shares their opinion, sometimes we feel we must agree. That’s not necessarily true. Even wise and well-respected people can suggest moves that aren’t meant for us. Tony Hillerman’s first agent advised him to “get rid of the Indian stuff.” When it comes to art or anything else, we must decide what to keep and what to release.

6. Listen. Just listen. No, don’t just listen. Fully listen. Engage in listening. To be present and hear what’s being said, we need to set our words aside. I’m talking about the ones we’re mentally formulating. Listening doesn’t involve explanations or conclusions—that comes later.

7. We can take criticism as an opportunity to learn and grow. Learning is how we improve, but it’s often uncomfortable. We’ve got to decide it’s worth the initial sting of critique if we want to improve as writers or people walking in the world. The more open we are, the more opportunity we have to polish the gems in our lives.

8. Remember, it’s not always a case of either/or. Often, it can be both. Maybe what we’ve written rocks and with a few tweaks, the piece might better connect with the audience. Maybe we didn’t mean to be dismissive, and in hindsight we can see how our friend felt slighted.

9. Assume good intentions. It’s challenging to give criticism, especially when we care about someone personally or are invested in their success. When we consider the mindset of an editor, coach, or a loved one, we can be more open to the gifts they offer.

10. Say, “Thank you.” When I was young, I had to learn to say thank you when I got compliments. It’s that worthiness thing. I learned to say thank you even when my instinct was to deflect. As it became habitual and then natural to say thank you for words of praise, I began to take in the positive messages within the words. This same premise works with criticism.

However, that’s not to say there aren’t people who give undesirable input at inappropriate times. Like my boyfriend’s buddy who told me to cheer up and be happy because that’s what my boyfriend would want, even though he died just a few weeks prior. Uh, not helpful.

Still, I thanked him for his intention—and went on to tell him crying is quite appropriate when someone we love dies. Let’s face it. Communication is an art. It takes practice. The way we perceive feedback can vary from day to day and person to person.

It’s up to us to choose to react or receive. But, don’t let me fool you into thinking this is easy.

About a year ago, a writer friend of mine put my book query letter on a writers’ group website for public review. Apparently, this group requires membership and participation before gracing writers with peer reviews. Somehow my friend, with good intention, bypassed those rules.

The individuals shredded my query letter for being too salesy and using flowery language. Not to mention, who did I think I was not abiding by the rules? Well, I didn’t even know this group and I didn’t care about their stupid rules! Plus, I don’t use flowery language! And hello? The query letter basically is a sales letter.

So, I called on my sister and friend for confirmation. These people don’t know what they’re talking about, right?

Right—sometimes that’s all we want to be. Luckily, time has way of helping us. Now, I’m not proud it’s taken me this long to look at that feedback in a different light.

Maybe part of it was being told to get out of an exclusive club I never asked to join. Or, part of it was being previously told by other people I respect (who love my writing) that my query letter was good. Also, fresh on the grief train, I was feeling raw and vulnerable.

Therefore, I followed none of my above hints.

So, here I am, finally seeing some of their insights might be valid. Often, we’re trying so hard in our writing or relationships we expect to be rewarded for the efforts rather than the results.

I was trying too hard. See, if I want to land an agent and get my book published, the query letter is the most important letter I’ll ever write. That being said, why would I want to (even mentally) give those reviewers the finger? Their advice might be helpful if I can just hurdle my ego.

Sometimes, we need to shift into a learning state rather than trying to protect our babies.

And by babies, I mean ourselves. 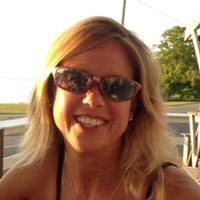