Estonia: Just a Few Netflix Titles Away from “Trumping” the U.S. 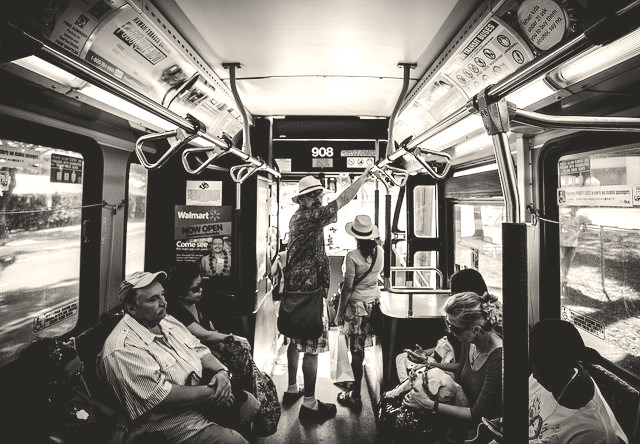 I recently lived in Hawaii for about seven months.

For a guy who grew up in ethnically homogenous (that’s PC for lily white) West Virginia, Hawaii is an eye-opening mish-mash of cultures.

I remember seeing a sign in one social services agency window offering interpretation in an astounding 24 languages. Where I came from, a “Tagalog” was an annoying little kid who followed the big kids around. Oh wait, that’s tag-along. Close enough, and I certainly didn’t know it was a language prior to my travels.

Like many who move to Honolulu, rush hour traffic that crawls along at an excruciating pace and nonexistent parking forced me to embrace public transportation. I traded open country roads for the cramped and often odorous bus. I also learned a lot about the human condition, both good and bad.

One morning I found myself sandwiched near the front standing next to a boy wearing a Walking Dead t-shirt. I commented that I’m also a fan, and we started talking about other shows we enjoy. I mentioned a few titles I thought a young teenager might like, but he dejectedly informed me the version of Netflix available at home in Estonia has many less titles to choose from than the American version.

As we continued chatting, the boy’s pop culture knowledge was impressive, but not nearly as impressive as his knowledge of American politics. In fact, he said Estonia recently had a presidential election of their own that was barely covered in their media because of all the coverage our election received.

He went on to tell me how wonderful Estonia’s nationalized health care system and schools are, and that he knows these were both hot presidential debate topics in the United States. If my go-to information source, Wikipedia, can be trusted, here’s an eye-opening little tidbit I found later on their health care:

“Upon giving birth, the Estonian government grants one of the parents 100 percent of their former salary for 18 months, plus 320 Euros of one-time support per child. After 18 months, the parent has the right to resume her/his former position. In addition, the parent and child receive free healthcare.”

The boy’s opinion of Estonia’s schools, in particular, seemed reasonable based solely on how articulate and knowledgeable he was at only 14. I mean, here he was talking to me very competently about nuanced American political issues, and I’d be lucky to find his country on a map.

He must have benefited from good classroom instruction somewhere along the way to be this astute. I also looked their schools up later, and it turns out his opinion and my impression were both on point. One major ranking body places Estonian high school students third in the world, behind only Singapore and Japan.

I had a good laugh when he said, “It’s no wonder our schools are so good. We spend so much less money than powerful America on our military.” As he said “powerful” he scrunched his face and made a funny little gesture like he was shooting a machine gun.

He concluded that Estonia might be the better place to live, if only something could be done about the 30° below zero temperatures, or at least a few more good titles added to Netflix to pass the time indoors. He was exaggerating a bit on the temperature, but with an annual average of only 41° Fahrenheit, it’s not exactly balmy. They probably could benefit from a more robust Netflix.

Okay, so we’ve all heard stories of the U.S. slipping in world rankings of important productivity measures like access to affordable healthcare and educational achievement. That alone isn’t surprising.

Tell me students in Japan smoke American students on standardized tests for math and science, and I won’t bat an eye. Tell me Germany is outpacing us in some GDP measure, and I won’t even shrug.

But Estonia? C’mon, man. Like I said, I don’t even know where that is. Isn’t it near Siberia? You’re telling me they’re kicking our ass, too? That’s like losing to the Cleveland Browns. That’s a wake-up call if ever there was one.

When Estonia is beating up on you, it’s time to ask some hard questions. It’s time to find out why, and do something about it. Since I had a source right in front of me I decided to probe a little more, and this is where the conversation started getting really interesting.

Of all places, the boy traced many of America’s problems to CEO pay. He said that while he’s read American CEO’s salaries can be hundreds of times greater than the salaries of laborers in their companies, Estonian CEOs salaries are capped at 20 times that of the lowest paid workers.

He thought this sort of income balance created a much happier workforce. Those who aspire to executive positions, he reasoned, still have plenty of pay incentive to work hard and ascend the corporate ladder, while those at the bottom aren’t pushed so far down by the gilded elites that their incentive to work is snuffed out. I wasn’t able to verify his cap figure for CEO pay, but his argument made sense to me. And his level of insight was both fascinating and a bit scary.

What I do know is that when a 14-year-old kid from Estonia is talking about the American income gap and wage inequality in the middle of his Hawaiian vacation, it must be a big deal. If a complete outsider—a kid no less—can see how divided we are, why can’t we? And why aren’t we doing something about it?

Maybe capping CEO pay is part of the answer and maybe it isn’t, but if we really want to keep the American Dream alive, the haves just can’t continue to outpace the have nots at this rate. Otherwise, some obscure country like Estonia with affordable health care, excellent schools, and policies that really seem concerned with family values rather than moralizing just might become the new land where middle class dreams are built.

Just buy a really warm coat and download a bunch of movies before you go. Our Netflix kicks the crap out of theirs. 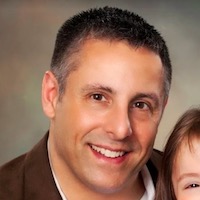