Ghosting will Come Back to Haunt Us: How to End it the Right Way. 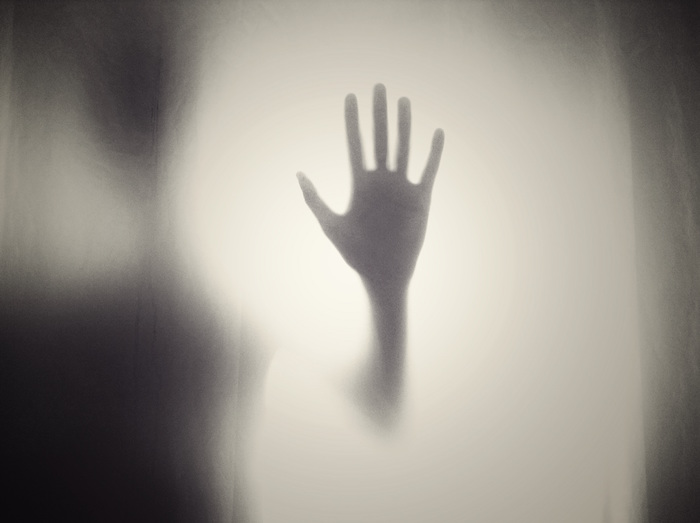 My local radio station runs a popular segment called “Blown Off” on its morning show, and I am completely addicted.

Each day, a spurned lover calls in confused as to why his or her most recent date has suddenly disappeared. I sit in my car in rush hour traffic on my way to work, riveted by the stories of ordinary people who have been inexplicably “ghosted.”

“Everything seemed fine,” they always say, and these people are genuinely hurt, so the hosts of the morning show call the (now) ex, and ask them what went wrong.

Why did they disappear without explanation? What could have been so bad?

I listen intently to their reasoning. This is my favorite part of the show, and I think it’s because I hope they might give me some insight into why, in my own life, supposed friends and promising love interests have up and vanished. At the very least, it gives me a sense of vicarious closure. I may not be able to call up the man who painfully dropped off of my romantic radar and demand my own answers, but at least I can eavesdrop on someone else’s.

The reasons they give are myriad and often seem arbitrary—once a girl brought chicken and cocktails to a movie theater and her date was mortified, for instance (although I’d love if someone did that). Sometimes I can relate—another girl was offended because her date was making fun of other customers in a restaurant and she thought he was a jerk. I would have thought that too. Often I find myself taking sides, getting emotionally invested in strangers’ dating nightmares.

I always feel for the person who was ghosted. Rejection sucks, and no matter the reason, I’ve realized that these situations all have one thing in common: poor communication skills.

Although it only recently got the cute name, ghosting isn’t exactly a new phenomenon. So while people have been occasionally blowing one another off (probably) for centuries, the behavior is now commonplace. I’d even go so far as to say that it’s now the default way to end, or at least not begin, a relationship. And you know what? That’s disgusting, and we can all do a lot better.

The more I listen to “Blown Off,” the more stories I hear from friends who have been both the ghosts and the ghosted, and the more I reflect on my own experiences with this behavior, the more I realize that so many hurt feelings could easily be prevented if people knew how to talk to one another. Most of the awkward situations that end up on the radio are little more than misunderstandings that could be cleared up in a quick conversation.

That girl who took chicken wings to the movie theater? I’m pretty sure she thought her date would think it was awesome to go out with a girl who had bleu cheese dressing in her purse. She was trying to impress him because she liked him, and it backfired. I empathized with her. I’d never bring Buffalo wings to American Sniper, but I’ve sure done some other dumb stuff to try to get a guy’s attention. Haven’t we all been fools for love at some point?

Ghosting is painful because without definitive answers it leaves us waiting, hoping, wondering. It’s cruel to do that to someone. We owe one another the dignity of a simple explanation. It’s okay to politely tell someone what they may not want to hear. It might help them be a better person. “I met someone else more compatible,” is much kinder than leaving someone wondering if and when you’ll ever call. “I know you were trying to be romantic, but I prefer to order for myself in a restaurant,” is far more empowering than deleting his texts and sending his calls to voicemail, while telling all your friends he was controlling.

We must learn to talk to one another again, and to have difficult or awkward conversations. That’s how things get worked out. That’s how people learn and grow from their experiences, and that’s how we figure out how to have healthy relationships, which is what this is ultimately all about anyway, right?

Disappearing is cowardly. It’s the passive-aggressive, dysfunctional behavior of emotional illiterates. Constantly avoiding the uncomfortable makes us weak in the end. Those who’d rather vanish into thin air are doing themselves a disservice too. When we hide, instead of being sincere and authentic, we miss out on building communication skills and learning to set boundaries, not to mention we miss out on good times with potentially amazing people.

Here’s my advice: give others the benefit of the doubt once in a while, and don’t be so quick to judge and dash on people. At least make an attempt to communicate, even if it’s to tell someone that his behavior was unacceptable to you. Let a girl know you’ve moved on, or own up to the mistakes you made that may have led to your disappearance so that she’s not blaming herself or waiting around thinking she still has a chance.

Open up. Life is about reaching out to other people and making connections, not about unfriending, blocking, and deleting. Love is about learning, communicating, and working through issues, not running away and hiding and pretending like the other person never existed, just because that seems easier and more convenient.

Relationships don’t always have to work out, and in fact most don’t, but that’s no excuse for blowing someone off even if you only went out with them once. Give someone the respect they deserve and offer a kind explanation.

*Author’s Note: This piece is in no way referring to situations of abuse and/or addiction, or any other dangerous behavior. If you ever feel in danger with someone else, leave immediately and tell someone. Contact the authorities as soon as possible, and document everything. If you aren’t safe, it’s okay to disappear quickly and permanently.