How to Stop Being a Victim of your Empathic Power. 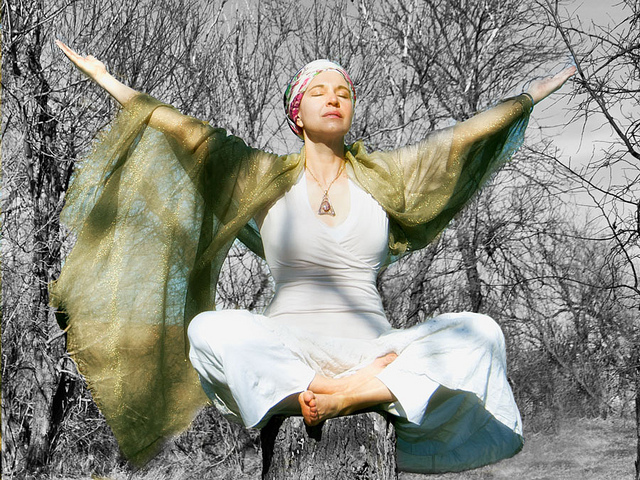 Empath. We hear the word all the time, especially these days when everyone seems to be one. But, what does it actually mean?

By definition, an empath is a person with the paranormal ability to apprehend the mental or emotional state of another individual. For me, it shows up in the ability to read the emotions of others. In other words, I know what they are thinking and feeling often before they do.

Many of us are now beginning to awaken to our empathic gifts, yet have no idea how to manage what we are feeling. By its very nature, being an empath can often create confusion as to whether the feelings we are picking up belong to us or not.

All too often I see others hiding behind the identity of empath as an excuse to not deal with the challenges of the world and its people. Personally, I believe this is lazy and selfish. Yes, I was guilty of it once too, and now I embrace it.

It is a general pattern we observe almost daily that once someone comes to terms with their empathic nature, they move into avoidance mode. The sensitivities toward certain people and their dross can be so overwhelmingly strong, that almost every empath I encounter would rather isolate, avoid, and cut off those around them than to bear personal witness to the internal struggles of another.

This doesn’t make sense to me. The reason we have this empathic gift is so that we can help others navigate and heal through their own confusing and painful emotions.

My role as a gifted empath is to serve as a guide to others who can’t find their own way through the murky, overgrown forest of emotions. Hiding behind physical and energetic walls so that I don’t have to “deal with” other people’s sh*t is selfish, and in a way, I see it as forsaking the purpose of this beautiful gift we have been given.

Many of us come to understand ourselves as empaths without really knowing why or what it ultimately means. Often we simply know that being around people can overwhelm and drain us. Because there have never been any substantial training manuals on the topic, it is quite common for someone to wake up to an empathic gift and believe they have been cursed.

The Role of the Empath

While enjoying the experiences offered in this physical human existence, we live under the illusion of duality. We believe in separation because the egoic self recognizes itself as an individual rather than as a connected part of the whole. This has served to create a wonderful gamut of experiences available to us, yet has also kept us trapped in the misunderstanding that we are ultimately alone and separate from one another.

What we deem empathic is actually a slow awakening to an increased vibrational density of this experience. We are coming back to our connection—returning to a collective consciousness, which is why more of us are beginning to recognize our intrinsic empathic nature. We are all connected.

During these early stages of reconnection to our true nature, it can be an overwhelming challenge to recognize we can feel what others are feeling, understand and hear their thoughts, or feel their energy. There is still an immensity of dense, low vibrational thoughts and feelings rife here on Earth, and when someone starts to realize that they are able to feel these things merely by being in the presence of another, it becomes understandable why isolation seems a better choice.

When we don’t know how to deal with what we are feeling, it can be extremely overwhelming and energetically draining, which of course translates to physical exhaustion.

It is at this stage I would like to introduce the concept that most empaths who are operating under the model of avoidance tend to attract a lot of negativity into their lives.

Narcissists abound and there is a general pattern of attracting people who are deeply draining. The more avoidance there is, the more it happens. When we avoid the uncomfortable aspects of being human, we end up attracting the most perverse version of humanity into our space because the universe is trying to teach us what we need to know.

Not everyone who doesn’t agree with us or hurts us is a narcissist. We must be careful when using that word. True narcissists get a sadistic pleasure out of what they do to others; someone who simply hurts us out of an inability to process through their own stuff isn’t so much a narcissist as someone who needs our help. Maybe that’s why we keep attracting them—it’s the universe’s way of trying to b*tchslap us awake to embrace our gift.

If we are constantly the victim of narcissism, that’s a screaming red flag that inner work needs to be done on our part. There is no one coming to save us, empaths. We have to do our own work to stop being victims.

Ultimately, as empaths, we are part of the vanguard of humanity. We are stepping as pioneers into a new state that will soon become the norm for our race for those who choose to evolve. Having said that, there will be a need for empaths as guides and teachers as more people start to arrive at this point.

So many people have a difficult time owning, regulating, and controlling their own emotions. Once they are able to plainly feel what everyone else is feeling, one person’s bad day can turn into a huge downward spiral for many.

The role of empaths is to learn how to be an empathic warrior by embracing the gift. Our path is to understand and share the feelings of another without becoming caught up in or swept along by those feelings. To determine instantly the difference between our own thoughts and feelings, and those of others. To remain in a state of non-attached openness to those around us without taking on or owning their emotional state.

This creates a group of people who are able to lead and guide others as they awaken to the collective.

Fellow empaths, are you ready to embrace your power?