Nuclear Emergency at Most Contaminated Site in the Country: What we Know & What we Don’t. 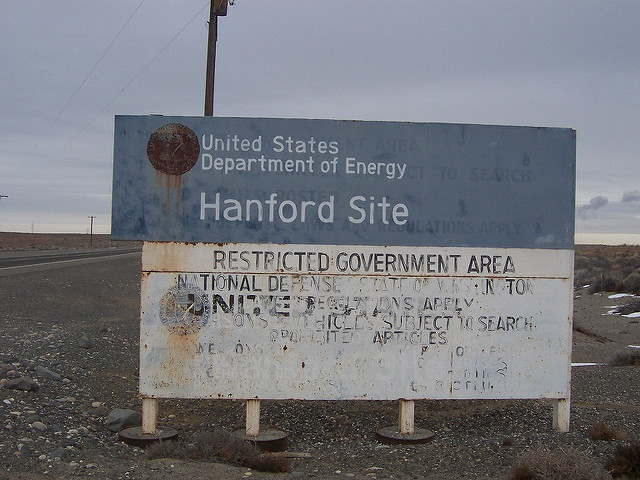 The U.S. Department of Energy (DOE) has declared an emergency at the Hanford Site in Washington state after soil caved in over a portion of a tunnel contaminated with nuclear waste.

The Hanford Site is generally considered to be the most contaminated nuclear site in the country.

The tunnel in question was storing railcars that once carried radioactive nuclear fuel from reactors to production facilities, back when the site was still used to manufacture nuclear weapons. Each tunnel is hundreds of feet long, the Hanford Site says, made of wood and concrete and covered with about eight feet of soil.

A 20-foot-long section appears to have collapsed.

Has this exposed the surrounding area and employees to radioactive material? So far, the DOE is saying no. They’ve declared an emergency and evacuated workers as needed—but are they being as honest as we could hope? Part of me wants to say probably not.

The real question, though, is this: Why hasn’t more attention been given to getting this site cleaned up, being that it sits on the Columbia River and is close in proximity to two major cities—Seattle and Portland? Why, 10 years after it was meant to be “cleaned up,” is this site still a major contamination zone?

What have they done with the money?

Especially when, according to Northwest News Network, “In 2015, a preliminary report identified the tunnels and the PUREX facility as a major risk area on the Hanford site. The report concluded if the tunnels collapsed, from an earthquake or another natural cause, it could pose a risk to workers because of the highly contaminated railcars stored inside.”

This got me thinking on a level that on a normal day would never cross my mind. First of all, I am a bit surprised (though I really shouldn’t be at this point) that our government thinks we can just bury tons of nuclear waste in tunnels and forget about it. Do they think the Earth is just going to swallow it up? What is actually going through the minds of the people who are in charge of the so-called “greatest country on Earth?”

To clarify: we entered the nuclear arms race back in the 1940s. We started The Manhattan Project and built various nuclear production plants around the country so we could create more nukes than anyone else. The Hanford Site was one of them, and its nine nuclear reactors irradiated uranium fuel rods. That created plutonium, which was extracted with chemicals, processed, and shipped to weapons factories. This process created millions of tons of nuclear waste which (still) has to be disposed of or cleaned up—a 40-year process (at best) according to a report by Oregon Public Broadcast (OPB) network. In a report last year, the OPB discussed the challenges facing this process:

“The cleanup plan calls for the stored waste to be removed from the underground tanks and processed into glass logs. But the plan has problems. Radioactive wastes can generate hydrogen and other gasses that can build up. If ignited, they could explode inside tanks or treatment facilities. Some of the waste contains plutonium. It’s heavy and if it clumps together it could start an uncontrollable chain reaction.

The stored waste has to be treated in special rooms called black cells, which are too radioactive for humans to enter. The machinery in these black cells is supposed to operate for 40 years with no direct human intervention. If something goes wrong, the cells could be damaged.

Construction on the treatment plant was supposed to be completed in 2007. That slipped to 2011, then 2019. And now the deadline has been extended to 2036 for the most dangerous waste.”

So, millions of dollars in and 10 years late, they have now added an additional 20 years and who knows how many millions of dollars on this contaminated site. Considering its location and the fact that it is now collapsing in on itself, shouldn’t our government take more interest in this?

It seems to bring up more questions than answers.

We are standing at a crossroads in our country and in the world. We stand at this place of choosing a new paradigm for how we operate in the world and events that are seemingly unrelated—an election and a tunnel collapsing, for instance—are going to continue occurring in order to bring our attention to the shift that is taking place.

We are waking up and becoming more conscious. We are becoming more personally aware and accountable, and as we do this the dynamic will flow upward and we will begin to hold our elected officials more accountable. However, to do this we have to start asking the questions and refusing to be silenced until we get answers.

I don’t believe in coincidences. To me, the universe works in overlapping patterns, so what occurs on a global level is happening on a simplistic, everyday level as well. And right now, I see this as a simple expression of an old, outdated, and archaic paradigm that is crumbling in order for a new one to come to being.

“You may say that I’m a dreamer, but I’m not the only one. I hope someday that you will join us and the world can be as one.” ~ John Lennon