The Only Thing we Need to Succeed in Life. 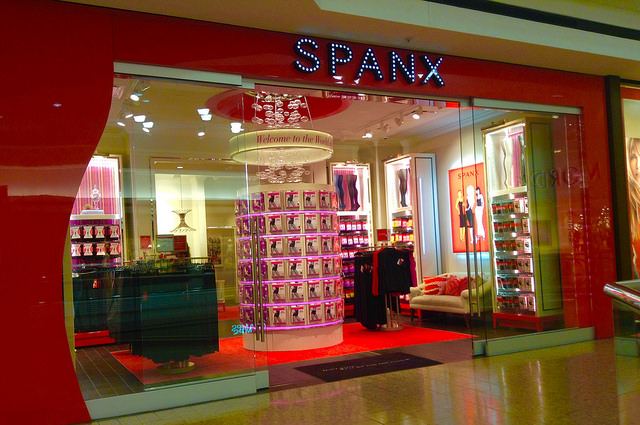 “The best entrepreneurs on earth never lose that hunger. They are hungry to grow, hungry to give, hungry to contribute. It’s more important than intelligence. There’s nothing that will stop a person who is hungry enough. A hungry person, failure doesn’t stop them.” ~ Tony Robbins

Sara Blakely sold fax machines door to door, then worked as a sales trainer, and performed stand-up comedy at night before going on to create Spanx, a now billion-dollar company based on a singular idea—an undergarment that provides a sleek look beneath outer clothes. She wanted to smooth out her silhouette before going out.

Her intensity meant that she worked a 9-to-5 job while simultaneously developing her Spanx idea. She burned through her savings and faced many challenges along the way, from finding a way to pitch to big retailers like Neiman Marcus, to finding a hosiery mill who would produce a prototype. When Oprah awarded her the “Product of the Year” award, she was asked if she had a website. She didn’t, but she said yes. She made sure she had one before they came back to film.

She was relentless in the pursuit of her dream

She had no background in fashion, retail, or manufacturing. She had no MBA. She only had a ravenous hunger and the grit to succeed.

Grit is a state of mental toughness, whereby we have perseverance and passion for achieving our long-term goals.

Charles Duhigg, in his best-selling book The Power of Habit, defines grit as the tendency to work “strenuously toward challenges, maintaining effort and interest over the years despite failure, adversity, and plateaus in progress.”

Angela Duckworth, a researcher at the University of Pennsylvania, coined the term “grit” in her popular TED talk of April 2013 and her best-selling book, Grit: The Power of Passion and Perseverance.

She is a student of Martin Seligman, the father of Positive Psychology—and she was intrigued about what qualities could most accurately predict outstanding achievement. She picked up the research where Walter Mischel of the “marshmallow experiment” had left off. Mischel had ascertained that kids who delayed their gratification in refusing a marshmallow immediately (for a greater reward of another one fifteen minutes later) were shown to achieve more in later years, as compared to those who had less willpower and succumbed to eating the first marshmallow immediately.

Duckworth’s research was far-ranging, as she looked at West Point Cadets, Ivy League undergraduate students, and competitors in the National Spelling Bee.

She suggests that grit is a strong predictor of success and ability to reach one’s goals. This quality has two main components: the ability to not abandon tasks out of mere fickleness, and the drive not to quit because of obstacles.

Though self-control is essential to achievement, Duckworth maintains that grit (perseverance, tenacity, doggedness) is even more important when predicting success. People who accomplish great things often combine a passion for a single mission with an unswerving dedication to achieve that mission, whatever the obstacles and however long it might take.

Duckworth came up with two simple equations to explain why grit trumps talent:

This is all to say that effort counts twice.

She believed that though some people are born hungrier than others, grit is something we can all learn and instill in our lives. She offers four steps to developing grit in ourselves:

1. Identify a burning interest. Our vision needs to be clear from the outset. It could be a goal of losing 12 pounds before an upcoming wedding, a vision of turning a small company into a multi-million dollar one listed on the stock exchange, or a more community goal like helping to build a school in a poor, remote village.

However, the goal has to be relevant to us. When we’re interested, we are less likely to change our vision. We will do anything and everything to get it done.

Sara Blakely identified her interest one evening when the thought struck her that she wanted to invent something and create a huge company. She then focused all her energies to think of an idea, and she finally came up with the undergarment vision. That idea became a burning flame within her that drove her to create Spanx Inc.

2. Practice. Practice. Practice. In Duckworth’s research on the spelling bee competitors, she found that a 13-year-old, Kerry Close, logged more than 3,000 hours of training to become the National Spelling Bee champion. However, it was the way that she practised that made her win. She would meticulously identify and fix her mistakes over and over again.

3. Develop a sense of higher purpose. A passion will improve the world. This is the most important factor, as it is this sense of higher purpose that drives us most when we are tired of facing yet another obstacle. Every time we fail, or things conspire against us, we go back to the same question: “Are our actions making a difference to the lives of others?

Sara Blakely had a deeper vision of empowering women to reach their potential when she created her company. As such, she launched the Sara Blakely Foundation in 2006 and the Leg Up Program in 2010. She said:

“Since I was a little girl, I have always known I would help women. In my wildest dreams, I never thought I would have started with their butts. As it turns out, that was a great place to start! Before starting Spanx, I wrote in my journal that I wanted to invent a product that would make millions of women feel good. Spanx became my way to deliver comfort, support, and confidence to women all over the world. At the same time, it became my platform to give back.”

4. Overcome pessimism by cultivating a “Growth Mindset.” Coined by psychologist Carol Dweck, a “growth mindset” describes those who believe that, with effort, they can change their character, boost their intelligence, and enhance their creativity. They thrive on challenge and see failure not as unintelligent, but rather as a necessary stepping stone to growth and change.

They are open-minded, humble, and always willing to work on the beliefs that are holding them back. They develop a passion for learning that serves them for the rest of their lives. Their only goal is growth.

Nowadays, it has become easier to get distracted from our vision. The world is filled with information and competition that may dissuade us from our true missions. More than ever, cultivating grit is not only relevant, but necessary.

Like many truths in life, instilling grit is simple, yet not easy. The best way to start is to find what interests us so much that we are willing to commit to it for the rest of our lives, no matter what barriers we face.