Using Qi to Make Fun of & Break through Conditioning. 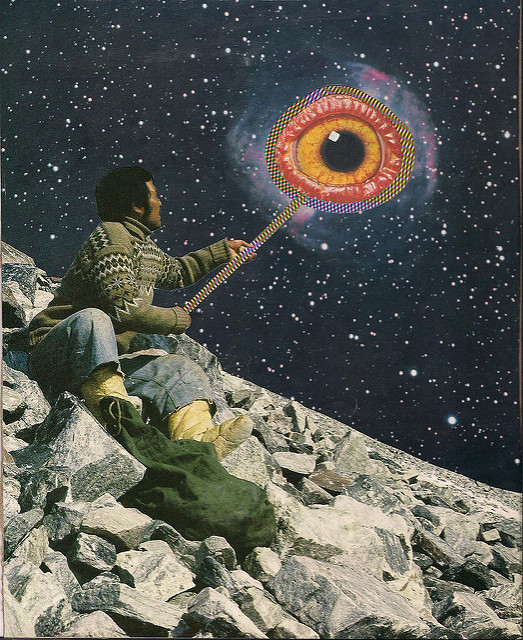 With the abundance of interest in holistic concepts, from qi to chakras, Chinese medicine, yoga, and Ayurveda, there are many new books, teachers, and individuals sharing their modernized understanding of these concepts.

Often, they attempt to mesh together modern science with original philosophy, as well as sloppily-drawn lines of similarity and comparisons between various holistic systems, while lacking a fundamental understanding of any of the systems in the first place.

This results in mass confusion, biased interpretations of medicinal knowledge and tradition, and a perpetuation of Western cultural appropriation.

Although I’ll be focusing on the above topics and interrelated fields of the above topics as current examples of how cultural appropriation and conditioning misinterprets and reinvents to fit into a limited frame of reference, awareness around this cultural behavioral tendency can be applied to any topic of interpretation as a means for limiting bias and inaccurate comprehension.

Qi often falls into the category of needing science to validate it as an actual phenomenon, or the opposing and equally limited perspective, that qi is a supernatural, otherworldly mystical energy, which we should blindly accept.

When the concept of qi is approached with these two common Western cultural extremes, we are ignoring the influence of our conditioning which dictates our interpretative understanding of it. This conditioning relates to the worship of science as the final verification for all truth, or the alternate perspective that science is evil and we should blindly accept all mystical esoteric teachings without any rational thought.

Both these perspectives are products of conditioning where we were taught that there is only one way of understanding the world.

Both these perspectives illustrate opposite extremes which relate to man’s attempt to play god with the aim to define and modify nature with intellect. It also illustrates our abandonment of rationality for intuitive and impulse-based gratification.

Both approaches to interpreting information cannot be accurate because they are extremes which fail to recognize the value in a more balanced approach. Additionally, they assume a completely? self-righteous understanding of the entirety of phenomenon and concepts which are too broad and complex to fully define.

Furthermore, we attempt to build off these conceptual misunderstandings, inventing entirely misinformed theories by comparing and contrasting similarities across various traditions and cultures, that further disconnects us from the original essence of their nature.

A good example of this is when people claim that qi is the same as prana, or that the three dantians of Chinese medicine are equivalent to the chakra system of Ayurveda. What point of reference do they really have to make such a statement?

When people say, “I blindly believe in this otherworldly mystical force,” or, “I don’t believe it because science hasn’t proved it,” or “We are trying to get science to prove it,” they are all coming from assumptions which attempt to mold the concept of qi into our current limited understanding of it.

Perhaps, we could relinquish the egotistical need to think we fully understand and can categorize something which is beyond categorization. This would be a good start in removing the biased conditioning which prevents us from clearly interpreting something in its original sense.

When people lack an accurate reference for the origin of a concept, they quickly assign their own reference system to it, which highly distorts and alters the original nature of the concept.

I commonly see Instagram posts where yoga teachers are apologizing for using curse words, mentioning that it wasn’t very yogi-like. They carry a sense of shame around being who they truly are because they assign pre-conditioned cultural assumption to the idea of the yogi as a perfectly enlightened, spiritual person who has ascended the (highly non-spiritual) human habit of profanity. Once again, this is an assumption and projection on their part of their idea of a yogi, as well as a shame-ridden repression of their own cultural heritage.

Another example is the obsession with sexual liberation and polyamory, which has also recently experienced a resurgence of interest. Yet, how liberated can a person be when their entire world revolves around sex, and all the emotional, mental, and psychological baggage that comes around managing multiple relationships?

This approach offers another extremist exploration of relational identity to evade feelings of inner inadequacy and foundational disharmony.

The Western obsession with obtaining enlightenment through dogmatic, neurotic, one-dimensional approaches, which hyper-focus on a single philosophy, practice, or identity structure, must eventually be addressed if we truly seek authentic and non-biased understanding of anything.

In being willing to look at our own perceptual limitations, and cultural influences, we can begin the deconstruction of years of cultural conditioning, which inevitably blind us from an accurate entirety of universal comprehension.