Why we Need to Stop Calling Everyone a Narcissist. 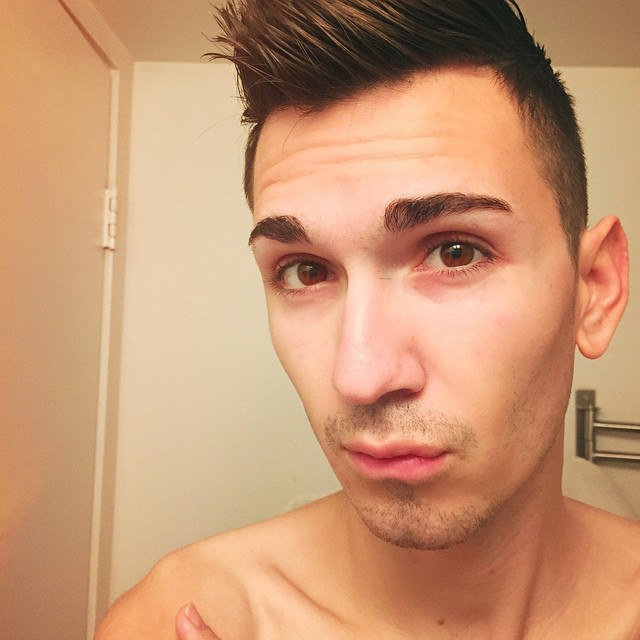 If I had a dollar for every article I’ve ever read about narcissists in the past few years, I’m pretty sure I’d finally be able to afford weekly therapy.

Apparently narcissists are hot right now, and I’m not just talking about to themselves. I mean, they’re everywhere.

It’s like narcissists have taken over the world or something—a lot of people would say that’s literally true, because the current president of the United States may in fact be a malignant narcissist. I’m withholding my opinion there, because I don’t think it’s healthy or helpful to make armchair diagnoses from afar about anyone.

Yet that’s what we’re doing when we call others narcissists.

It’s a good go-to insult. I’ll give it that. “Narcissist” is now a catch-all for anyone who’s wronged us. I know at least 20 people who’ve declared their exes narcissists in just the past year. When reflecting on a past relationship that went wrong, I too was tempted to wave that title around—and who knows, maybe my ex-fiancé was a narcissist.

But I’m not a psychologist, so I’ll never really know. And would giving his bad behavior a fancier-sounding name fix anything that happened between us? Of course not.

When we call someone else a narcissist, we are doing ourselves a disservice for a lot of reasons.

First of all, it’s name-calling, which most likely means we’re sinking to their level. We’re using a fancy psychological term, which we probably don’t understand the complexities of, when probably, what we actually want to say is that the other person is an asshole.

But saying they’re a narcissist sounds smarter and gives us a smug sense of superiority.

Let go of the need to feel better than the people who’ve hurt us, and understand that their bad behavior stems from their own pain. Hurt people hurt others.

Label-slapping oversimplifies human beings and situations, both of which are extremely complex and subjective. It impedes our understanding and blocks compassion.

It’s hard to be compassionate toward people whose behavior may be abusive, but I’m not suggesting we have to keep them in our lives and be nice to them and give them multiple chances to do better. I’m saying that we can feel compassion for the people who have treated us selfishly and cruelly from a safe, non-communicative distance. We can then come to a place of forgiveness and letting go of our unpleasant pasts with them.

Remember, forgiving is for us, not them—and forgiving doesn’t mean letting a toxic person back into our lives. It’s not the same thing.

Some people just aren’t compatible, but that doesn’t necessarily mean that one of them is a narcissist. They could be immature, lack healthy relationship experience, be poor managers, or have terrible communication skills. There could even be cultural differences that lead to misunderstandings. Lots of other mental illnesses and life situations can cause people to behave in irrational, self-centered, and troubling ways. Not all of them are related to narcissism.

Looking back at my own relationship experiences, I could say that probably at least three of my exes exhibited narcissistic tendencies. What can I say? I have a type. All three of these relationships could be classified as emotionally and/or physically abusive. The first one ended up being an addict. Addicts often display behaviors that can be interpreted as extremely self-serving and lacking in empathy for others. My relationship with this person was terrible; however, he was most likely not a narcissist. I’m glad to say that once he got help, he went on to live a successful life with a more compatible partner.

I once dated a man who was jealous, controlling, and unreasonable. Another ex was arrogant, self-centered, and acted in ways that I thought were so mean that they reached the point of being traumatic.

One of them realized he had learned negative behavioral patterns from his childhood. He went to therapy, and ended up finding a spouse who was a better match for him.

The other came from a culture where men are supposed to be superior and can therefore be expected to dominate women, while women are expected to serve them. This doesn’t fit my worldview at all, so naturally our relationship was fraught with fighting and pain, but for many women raised in this (his) culture, it’s not a problem. That ex found a woman who shared his worldview and they’ve been married for two decades. I hope they are happy together, and if they’re not, it’s not my concern.

If I spun these stories a certain way, I could easily call every single one of my exes narcissists. That doesn’t mean that they were, and even if the diagnoses were accurate, it wouldn’t alleviate the pain these relationships caused or change anything. It wouldn’t help me to better understand my own role in choosing and maintaining these relationships, which is the most important lesson here.

What we take away from our failed relationships must always be about us, and not them.

Narcissism is a real and potentially dangerous personality disorder. However, it takes a trained professional to diagnose it. Awareness of narcissism and narcissistic behavior is helpful, because it can help us to spot red flags early on in a relationship when we still have time to hit the brakes and prevent ourselves from being sucked into and hurt by a truly toxic situation.

What’s not useful is jumping to conclusions, and labeling someone with the disorder-of-the-week because we want an answer to why we were wronged.

Sometimes, there isn’t an answer, and sometimes the best answer we’ll find is that it simply wasn’t meant to be.