4 Reasons Why Storytelling is Powerful. 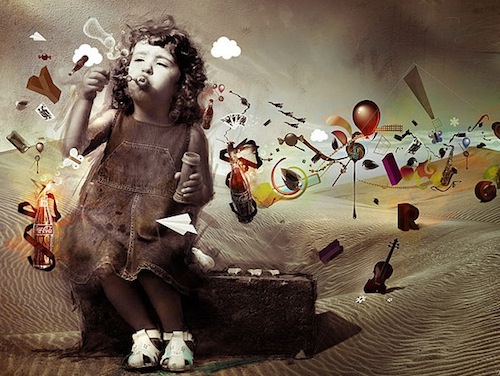 “It has been said that next to hunger and thirst, our most basic human need is for storytelling.” ~ Khalil Gibran

I sat transfixed, listening to the old man’s story.

His voice was low, yet his words penetrated my being. His eyes appeared energised by my earnest listening.

He had become a self-made millionaire by the age of 30. Lost it all, but then went on to make much more.

However, it was the other things he did in his life that interested me most. He went to college to get a degree when he was 50. He then started teaching at the college he graduated from. When we spoke, he was 77 and heavily involved with a not-for-profit foundation he created to fund schools and colleges in Athens, Greece, focusing on youth from villages.

I met Vasilis on a long haul flight from London to Los Angeles.

Not only did his story captivate me and resonate with the way I wanted to live my life, but his prowess in storytelling made the 11-hour flight seem quick. At one point, I was so taken by his story—especially when he described being bankrupted by a competitor with political connections, while at the same time suffering the loss of his spouse, which left him with four children to bring up alone—that tears rolled down my cheeks. I excused myself and went to the bathroom to wash my face.

I never saw or heard from Vasilis again, but his story has stayed with me for over 20 years now.

They connect us intimately to one another. They bring us the closest we can get to another’s plight or joy. Stories are authentic human experiences. When we share those experiences, and others listen, we feel heard, trusted, and most of all of, that we belong to something bigger than us.

Storytelling has been with us since human life began. From exchanging stories around a campfire to posting on Facebook—from mythology and religion to dating and job interviews—we have always felt that urge to share our experiences.

It’s little wonder that Hollywood, Wall Street, and the major brands on Fifth Avenue caught on long ago to the power of stories for branding. They know how a good story can viscerally connect with us, leaving an impression that is very hard to erase.

The people who have impacted our world most, be they business leaders, politicians, athletes, or entertainment personalities, have all been storytellers. Who can forget Steve Jobs introducing the world to the iPhone for the first time in 2007? Or JFK’s “we choose to go to the moon” speech in 1961, or Martin Luther King’s “I have a dream” speech in 1963?

Words, speeches, stories—these remain etched into our DNA. They have the power to move the masses.

Here are four reasons why:

Whether we were told fairy tales at bedtime, heard family stories around the dinner table, or listened avidly to our grandparents’ memories, we learned about life through stories. We are hardwired to receive information through stories, and we communicate best with them.

I still remember the stories that my father told me when I was seven years old. How he left Lebanon by ship to come to a new continent—Africa. I recall the intricate details of his arrival and the contrast he described between where he had been and the new country, Ghana, he reached. He described the heat and humidity he felt and the culture shock he had to go through, all at the young age of 18.

Whether we call them narratives, scripts, mental models, or images, we think in stories. We go through our day narrating to ourselves and each other. “I tossed and turned in my bed,” and “I’ve got an end of quarter sales presentation to my boss,” is simply the way we think of our anxiety. And, when we imagine any future success or failure, a story of images plays in our minds.

It’s through stories that we make meaning of our lives. We have an inner need for certainty and comfort that is satiated when we think in a story arc, in which there is a conflict and then a resolution.

I remember preparing for my first half-marathon. My imagination kept me going with a movie of images. In these scenes, I would be left behind at the start by many runners, but as the minutes and kilometres ticked away, I overtook all those who passed me and reached the finish line with a dive to make it in under two hours.

3) They invoke our emotions.

We are emotional beings, thus an idea must address our emotional, or subconscious, mind in order to have an impact. Good stories spark and engage emotions, transcending different generations, races, and cultures. They are the common ground from which we share our sadness, hardships, and joys.

Almost 10 years ago, my company was going through hard times, so I asked my team to make more of an effort—working later hours and taking on more responsibilities. They all agreed, yet nothing changed in their behaviour or attitude.

Now contrast that with my new call to action six months ago. Everyone understood me clearly, and their efforts in the past months have proved their willingness to give and be more. This is because I framed my call to action as a story, detailing our ups and downs and comparing our plight to a hero’s journey.

We learn from stories. Our growth is fueled by stories. When we hear someone sharing an authentic experience, we feel emotionally moved. TED talks have proved successful for this exact reason. Their slogan, “Ideas worth spreading,” gets at the heart of this principle.

I constantly learn from and get inspired by stories. I’ve also recognised first hand, through blogging and speaking, that the same is true for everyone else. In the last year, I’ve co-founded a new initiative, The Authenticity Project, to chronicle the lives of people who have made a difference in my community by daring to live a more authentic life.

The Authenticity Project seeks to highlight and celebrate the stories of leading luminaries in Ghana. I’m hoping that through their inspiring stories, other people will dare to dream and find the courage to follow what their hearts truly want. I’m happy to say that the inaugural event had over 30 applicants. We chose a winner out of the seven finalists, and her story was as inspiring to many as the famous ones we featured at the beginning.

When we share ourselves and our experiences, we replicate the age-old tradition of storytelling, in which emotionally compelling tales have been handed down from generation to generation since the beginning of human history. These stories have contributed greatly to preserving our universal consciousness and culture, and will continue to do so.

Let’s open our eyes and ears to the stories around us, allowing them to ignite the authentic stories that lie dormant within us.