A Type of Rape Nobody Talks About & What it Says About Our Society. {Adult} 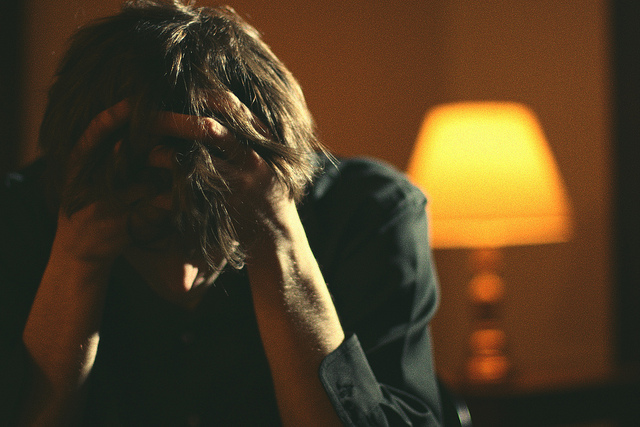 I’ve often had to explain the difference between misandry—the hatred of males—and feminism, and the reality that the feminist movement has worked to help protect men in the past.

And the first (and perhaps strongest) example I’d choose to reference has been the change in the legal definition of rape.

For over 80 years, rape was officially defined by the FBI as: “The carnal knowledge of a female forcibly and against her will.”

Thanks to the “Rape is Rape” campaign led by the Feminist Majority Foundation, this archaic definition was expanded in 2013 to include both male and female victims, and to include non-traditional cases.

However, I’ve had some disturbing encounters when making this reference—with very close, open-minded, and socially progressive friends insisting that the current legal definition still excludes males as victims of heterosexual rape.

“Google it,” I challenged, brimming with certainty. “They changed it in 2013, I know for a fact.”

Each friend in question pulled up the FBI’s website, and together we read the new definition:

“Penetration, no matter how slight, of the vagina or anus with any body part or object, or oral penetration by a sex organ of another person, without the consent of the victim.”

“Ha!” I exclaimed—in unison with my friend, the same triumphant expression mirrored on the other’s face.

Confusion gave way to horror, however, as I realized the possibility of a highly revealing phenomenon: that this new definition of rape can ironically be perceived to exclude female-on-male rape.

To interpret the 2013 definition as pertinent to rapes perpetrated by males yet not to those perpetrated by females is to make specific assumptions about penetration—and indicates the grim reality of the prevailing myths toward rape and sex in general.

Yes, the victim was erect during his molestation. But as with female victims, rape and physical arousal aren’t mutually exclusive.

Male sexual response is entirely possible in intense negative emotional states such as “embarrassment, humiliation, anxiety, fear, anger, or even terror,” and can elicit confusion and self-blame in survivors of rape with both male and female attackers.

Erections and orgasms aren’t equivalent to consent, but rather physiological reactions to stimulation.

As a sexually dichotomous species, our males tend to be physically larger and stronger than females. But physical coercion isn’t the only means of forcing unwanted intimacy: there’s incapacitation with alcohol and drugs, and emotional or verbal coercion.

There have been reports of egregious and rather imaginative methods of sexual extortion, with threats of falsely reporting the victim himself as the rapist or threats that physical retaliation would harm the assailant’s unborn child.

Through masculine gender socialization, males are told from a young age to equate sexual interaction with conquest and manhood. But to assume that men always want sex regardless of partner and circumstance is to assume automatic consent.

If men by default say “yes,” then they can’t say “no”—right?

The most horrifying aspect of female-on-male rape, aside from the act itself and the trauma that follows, has been the lack of victim care or even acknowledgement. A “cultural blindspot” with severe implications for survivors, such as higher rates of under-reporting and struggling to identify their experience as rape.

“Everyone laughed at me. Not a single person took me seriously. It was not cool.”

Socially, victims’ stories reveal a common denominator: that cases of female-on-male rape are frequently perceived as light and even laughable experiences. Institutionally, rape crisis centres and hotlines accustomed to assisting female victims have been reported to reject males seeking help, going as far as to hang up the phone. Within institutions, there exists a similar double standard, with law enforcement members expressing disbelief and scorn, and with a discrepancy in sentencing.

Take, for instance, the case of a Chicago female rapist who allegedly forced sex on a man at gunpoint. While the woman wielding the weapon was charged with aggravated sexual assault and armed robbery at a $75,000 bail, there is no public record of her accomplice—the woman with whom the victim was forced to have sex—facing any charges.

Such lacklustre responses highlight the perception that rape with female perpetrators simply isn’t as traumatizing or heinous as rape with male perpetrators. But similar consequences are observed in both male and female survivors, including psychological and emotional disturbances such as anxiety or depression, substance abuse, sleep disturbances, and sexual dysfunction (asexuality or its polar opposite, hypersexuality).

Sexual violence—the mind-jarring experience of losing power over one’s own body—isn’t specific to any gender.

The notion that men cannot get raped by women can be attributed to the traditional perception of women as passive recipients of sex and of penetration as an innately dominant act: something that’s done to someone rather than as a physiological component of intercourse. That women “get raped” and do not rape stems from their sexual objectification; the idea that they “get fucked” and do not fuck in turn.

Despite such misogynistic views, sex is a two-way street: an exchange of consent and pleasure. From the moment consent is withheld or withdrawn, by either party, the act becomes rape—a physical and psychological violation.

To deny boys and men the reality of their rape is to deny their vulnerability as human beings. Such rejection is a truly tragic consequence of our ever-improving yet deeply rooted patriarchal society—and demonstrates that the harms of sexism are not limited to a single sex. 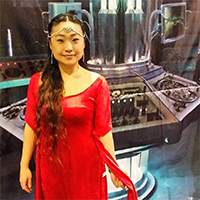