I am no Longer calling myself Part of the Resistance. 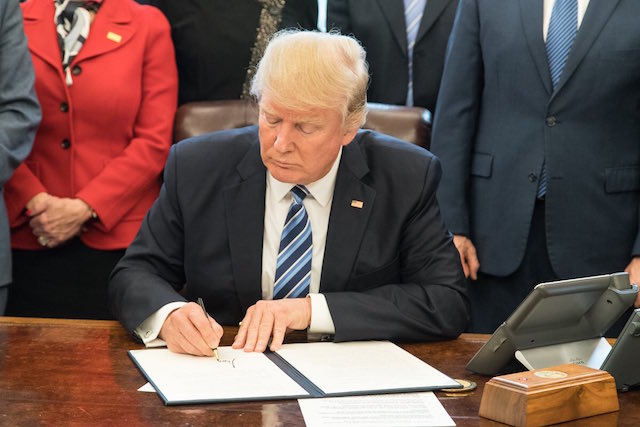 I have been part of the resistance to the 45th President of the United States.

Some of us in the resistance are loud, angry, persistent, driven, relentless—working tirelessly and angrily to keep another decree from erasing another freedom.

Others, like myself, are quieter. Don’t get me wrong, I’ve had my social media moments filled with rage and hopelessness too. But, for the most part, I have been simmering quietly in the juices of my own discontent with American politics and the state of the world in general.

Wednesday, November 8, 2016 felt like the day after 9/11 to me. And yet, I have been silent. I was inconsolably sad. My conceptualization of the state of our country had been challenged in a way I never thought was possible. Since then, I have been silently sharing my voice with a pen and paper, writing words that no one will likely ever see—until now.

As of this writing, there are 180 mayors and 10 governors across this beautiful nation who are choosing to defy #45’s withdrawal from the agreement. Michael Bloomberg has pledged that Bloomberg Philanthropies will work together with these leaders to make up for the roughly $15 million in funding that our country’s involvement in the agreement would have contributed.

This is who we are.

I am stronger because we are stronger.

We are not only fighting for our collective home on this planet, we are also fighting for our essential freedoms. We are fighting for the identities of our disenfranchised friends, family members, and entire communities of those who are “different,” while others fight to obliterate the God-given right of those very same citizens to be who they are.

In the most extreme cases, we are fighting for a young Muslim girl to be able to safely ride the bus with “American Whites” in Portland. We are fighting to keep from rolling back to the days of lynching, as misguided, emboldened citizens spew hate and leave nooses around our capital city.

But the reality is, the extreme conservative right cannot push us backward—unless we choose to continue to live in a state of resistance.

In this moment, I choose to re-label the resistance. For to resist something is to keep it at bay, to fend off its influence or advance.

I believe we’ve got it backward, folks.

To live in a state of resistance to anything is contrary to our natural spiritual development. It feeds off of the mindset that what is, is wrong. But, what if everything is exactly as it should be?

Let us entertain the notion that the era of #45 is actually a collective, societal purge that will lead to the world working together, creating together, in the pursuit of a global society that is kind, compassionate, forward-thinking, earth-minded, and enhanced by the spirit of goodness that is the underlying heartbeat of all of us as one.

This current administration has catapulted us into a time defined by our differences. Hate is more visible than ever. Our rights as a collective people in this country and elsewhere are being threatened minute-to-minute behind the scenes, while Twitter entertains the masses.

So…what if I don’t fight, because I am not the resistance?

What if this shift is not only the end of Trump, but the end of Putin in Russia, Duterte in the Philippines, Le Pen (thank goodness) in France, Assad in Syria? These world leaders I’ve just mentioned—what if they are the resistance? And what if the resistance is actually dying?

If we should choose to retain the label of “the resistance,” we are doing a great disservice, not only to ourselves, but also to a movement that flourishes best in love and community, kindness and compassion.

Therefore, I choose to label those who resist equal rights and progress the true resistance. I choose to exist in resistance to nothing. I choose to accept those things that seem catastrophic with the trust and hope that they are actually part of a larger metamorphosis.

We are not the resistance. We are progress. We are love.

So, thank you, #45 and compatriots. Thank you for holding yourselves back with your own resistance as the world around you and the citizens of your own country continue to grow in love and light. Thank you for your divisive, selfish ways so that we can learn how to better come together in community.

Thank you for igniting enough passion in our people that this purge may lead to a better future for generations to come.

Most importantly—thank you for helping me to learn to maintain my inner peace in the face of all of the fear and all of the hate you present to the world. 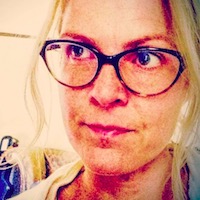