What to Do Now that the U.S. Has Pulled Out of the Paris Climate Accord. 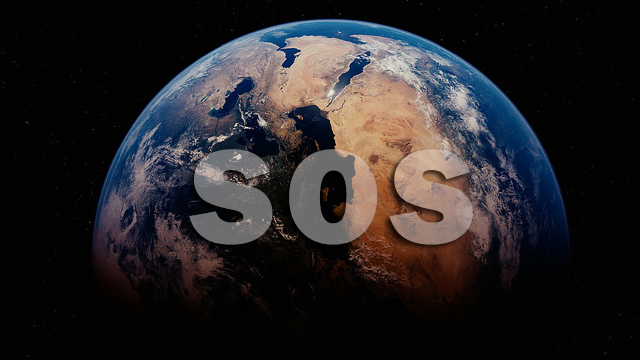 On June first, Donald Trump announced that the United States is officially withdrawing from the Paris Climate Accord, an act that is sure to have broad-reaching and likely devastating consequences for our planet and its inhabitants.

While the U.S. pull-out is disappointing to most Americans, and an embarrassment to our country as a player on the world stage, all is not lost.

Trump claims that America will continue to prioritize high standards for environmental protection, and that perhaps the Paris agreement can be renegotiated. I sincerely hope this is true. We can remain optimistic, but simply hoping for the best is no longer good enough, or even acceptable.

Those of us who cherish our planet Earth, and who believe the overwhelming scientific data pointing to man-made climate change, have a moral imperative to take matters into our own hands. It is up to us to do something—to peacefully do anything and everything we can.

We already know we have to recycle. Chances are, we are already reducing our carbon footprints. We shop responsibly, conserve, and give to environmental charities. We must continue to stage peaceful protests, and to pressure corporations to make the right decisions for our planet. More importantly, we have to continue to vote for like-minded, ethical individuals to represent us in government.

None of this is new or surprising information—and you know what? It’s good, and we have to keep on doing these things consistently and passionately, but they’re not nearly enough to save the world. If they were, we wouldn’t be in this predicament in the first place. There’s something else that has to take place, and it’s not going to be easy.

We have to change the hearts and minds of climate deniers.

This might seem like an impossible task. One brief conversation with a climate change denier is enough to make you want to slam your head against a wall. They dismiss hard facts. They believe in fairy tales. They’re angry. They’re in, well…denial.

Here’s what we need to do to start getting through to them:

Cool it on social media. No one has ever had his or her mind changed by arguing with someone on Facebook. A lot of anti-liberals are immature trolls who love bullying people they disagree with online. Stay positive and never engage in debates and ad hominem attacks with these individuals. Their negativity is a waste of your time. You could be out cleaning up a beach or doing something useful instead.

Respect their faith. Many of the people who believe that climate change is a hoax are religious. Understand that accepting climate change flies in the face of everything they have been taught by their communities, and that they are terrified to contradict or even question these teachings. They usually believe that a messiah figure is going to come and save them, magically renewing the planet.

It’s okay, expected even, to trash the earth, because that’s what happens in a “fallen world.” It is very difficult to convince religious people who rely on faith-based arguments and who think they are being persecuted. Repeatedly validate their faiths, and they will soften. Inform them about organizations like Project Noah, the Micah Network, and Christians and Climate.

Find common ground. Believe it or not, there is one area of overlap between far right and far left ideologies. Both often have a massive mistrust of large, organized, societal institutions—just in different ways and for different reasons. Lots of right-wing conservatives eschew Western medicine, vaccines, Big Pharma, Big Agriculture, government-controlled education, and oppressive corporate structures. Many in the far right are moving toward a do-it-yourself, communal, homesteading way of life just like so-called “hippies.”

Use this common mistrust as your “in” when starting a conversation about climate. Talk with them about people getting sick from pollution and Big Pharma profiting from it. Commiserate about Big Ag taking government subsidies to destroy the land. You might be surprised at how much you can find to agree on.

Frame climate change like a conspiracy theory. The conservative brain has been wired to respond to shadowy, nefarious conspiracies. In fact, they already think climate change is a hoax and a money-making scheme from the Left. Re-frame the conspiracy to show them the truth. What’s the “real” scheme going on here and who’s actually profiting at the peoples’ expense? What group is really making a fool of them and exploiting their loyalty?

Understand the role that toxic masculinity plays in the appeal of conservatism. A lot of people, especially young men, gravitate to conservative ideas because they appeal to their image of the stereotypical, strong, in-charge, male figure. Many equate liberals with sissies and weakness, hence the ubiquitous use of the term “snowflake.”

They believe that “real men” are conservative, authoritarian leaders with a take-no-prisoners attitude, and they think that wusses recycle, go vegan, and ride bikes instead of driving SUVs. We must find ways to prove to these people that saving the environment is a battle that needs brave soldiers and unyielding leaders. Make them feel empowered and you’ll win them over.

Use social media positively. Remember that beach clean up I suggested? Post lots of pics of how much fun you had. Stay away from scare tactics, terrifying memes, or graphic videos. These turn people off and put them on the defensive. Instead, post photos and recipes of your delicious vegan meals that look so good that they’d make even carnivores salivate.

Show off your stylish hemp tote, let everyone know that the gorgeous lipstick in your selfie was from a green company and link to the company in support. Talk about ways you’re saving water in your organic garden. Whatever you post, make it look fun, and more importantly “cool,” so that others will want to follow. When climate deniers see what you’re doing and how great it looks, they may be encouraged, or at least interested enough, to start asking you some questions.

Hear them out. Usually they believe in their convictions as strongly as we do. Here is an excellent website with a list of factual rebuttals you can—and should—use in thoughtful conversation. If things start to get heated, back off, and be nice.

Appeal to their finances. The vast majority of conservatives I know are good, kind people who want to save the money they worked hard to make. I’m with them here! They are suspicious of climate change claims because they think environmental initiatives are going to make everything more expensive and complicated.

They think they won’t get any return on their investment in the earth, and that this is something the politicians have cooked up to, once again, rob them of their paychecks. They first need their concerns to be validated, and then you need to show them how much money it’s going to cost them if they don’t do anything to prevent climate change. Demonstrate ways they can actually save plenty of cash by switching to sustainable practices. Money talks.

Changing the hearts and minds of climate deniers will be no easy task, but this is non-negotiable. We have to do this work.

In order to sway those who ignore science, who won’t believe in climate change, and who do not support environmental protection, we must validate their beliefs and hear them out. Never take a single step off the high road. Exercise compassion when they’re frustrating.

It is our responsibility to prove to them that saving the earth can co-exist with their faith, their ideas of strength, their jobs, and their desire to save money and make their own choices about how to live.

We can do this together, and our futures depend on it.