Relax—the Universe Works in its own Timing. 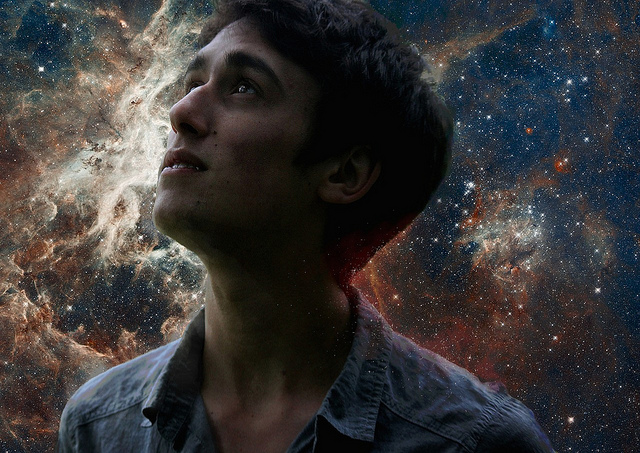 “If you want something, release the wish.” ~ Rumi

Throughout my travels, I’ve learned to trust the universe.

The universe and I had a wounded relationship before I started backpacking. I was the kind of person who forced things to happen. I was the queen of impatience.

At 22 years old, I pursued three different goals, and I wanted them to come to fruition all at once. At 24, I wanted my ex-boyfriend back after just a few days, and I asked for a raise after one month of starting a new job.

During my first backpacking trip in Nepal, I realized that the universe has a clock that’s entirely different from mine. However, it was difficult to discern this during my daily routine back in my country. My mind was so busy with accomplishing that I missed the whole point of how to do it.

Letting go was further put to the test for me during my other travels in the past two years. Believe it or not, the only thing I do now before going backpacking is book my ticket and the hostel I’ll stay in for the first night of my arrival. Unless I’m going to enroll in courses while I’m traveling or catch up with friends, I don’t plan my trip—I just let it happen.

To start off, we need to understand that everything in life is in a process of accomplishment. Growth from nothing to something occurs every second in animals, our bodies, and nature. However, we are the only species on earth who approach accomplishment differently: We force it.

Sometimes we think we’re operating alone in life and get stuck in what they call “psychological time.” We mentally dwell on situations and force them to happen on a timeline that we intellectually create. Even when things appear to change in our favor, we resist them and work against them.

However, we don’t operate alone in life—we’re not the only ones in control. The universe is made up of great intelligence and energy that allows everything to flow in its own right timing. Watch nature at work, and you’ll understand what I’m talking about. Rivers don’t force themselves to flow, and flowers don’t force themselves to bloom—the force of the universe works through them.

To put it differently, our timing is often wrong. Our pace is always fast, whereas, the intelligence of the universe is right on time—even when it’s slow.

It’s hard to believe that we don’t control most of the events in our lives. We like to think that we know what should happen, or what is the best for us. But only when things don’t go according to our plans will we understand that the puppeteer is smarter than us.

Oftentimes, what is heading our way is way better than what we have planned for ourselves. But in order to experience the best outcome, we must relax.

Trusting in the universe is the first step toward relaxing. Everything in life needs time to grow—including situations and events. Nothing manifests in a second. And even if we can’t see the growth, that doesn’t mean it’s not taking place.

The job you’re waiting for may be heading your way. The person you deserve is likely on their way to you. Your goals and dreams will manifest when they are meant to. We must undoubtedly take action toward accomplishing our goals, but we shouldn’t push them to happen. Taking action and being impatient while forcing things only breeds torment. Nonetheless, taking action and then surrendering is magical.

We shouldn’t fear time or try to manipulate it. Time is everything; we just need to trust it and be patient. Know that what’s yours will always find its way to you. Why push for it if it’s coming anyway?

Trust that things are happening—they just may not be happening in our desired time frame. Believe that everything is at it should be. As Deepak Chopra says, “Remind yourself every day: This moment is as it should be.”

All is coming your way. This, I promise. Just surrender.