She never Wanted to be Saved—Only Truly Seen. 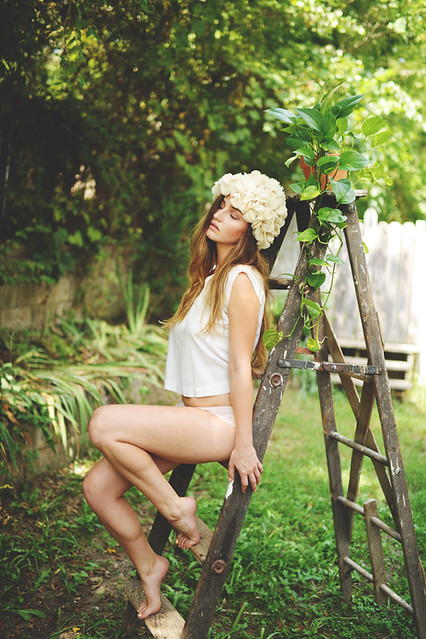 She wasn’t looking for Prince Charming, only the man who would chose to stay.

Within the tepid, illustrious tendrils of her imagination she dreamed not of castles and princes, but of a man strong enough to see her without flinching.

She looked past the illusions of the face, and instead read the words of the soul which echoed out toward her own like a long lost melody.

There were times when she was broken, when her crown slipped and she didn’t know how to crawl out of the darkness she let weed over her light, but never once—not for a minute—did she want to be saved.

I suppose her story is one of strength and growth, so no matter how many tears she shed, or how often she ended up on her knees unable to take one more step, she knew in the end only she could truly save herself.

I suppose that is what happens when who you need rescuing from is actually yourself.

She didn’t know that at the time, or perhaps she did, but it was just one more truth that she didn’t quite understand the taste of, so she simply smiled through her tears hoping one day she would look back to find red poppies blooming in the path of her shadow.

This woman never had the chance to learn how to be herself without a man telling her how it should be done. So while at times her heart became enamored with love, filling her midnight eyes, she never needed a man to save her.

Instead, all she ever desired was to simply and truly be seen.

In her head, she believes there is a movie about something like just that, or perhaps it was a poem she read once, but somewhere along the way a line stuck in her mind that seems even greater than just hearing, “I love you.”

It’s these words that her heart aches to hear, because within the meaning love is found. But not a love like she has ever known, because only the love that truly sees her will know exactly the thoughts her mind spins at 2:00 a.m. and the way she crumbles within the harsh words that others say to her. Words that leave her running for a pair of strong arms in the afternoon.

She yearns to be seen—to meet the eyes of someone strong enough to never falter within her impish gaze because he too has walked the ridge of destiny and fallen with broken wings among the rubble of life’s expectations.

She wants to be taken tenderly and roughly, with ease and with passion—she simply wants to find someone who will never become burned by the heat she exudes like honey over her precious lips, dripping down her luscious thighs, parted in expectation.

To have a man look at her and see the moon in all its glory, the phases and the darkness, the luminosity, gravity, and of course, the mystery that she is. For so many have only ever wished upon her stars and then left her stumbling to find her way in the darkness alone.

Perhaps there’s something about her that looks like she wants to be saved, maybe it’s how her vulnerability radiates off her in waves—like heat in the summer—or really it might be how she wears her heart on her sleeve, regardless of how often it gets torn or snagged by those who don’t understand her fragility.

She might protect herself with big words and loud actions—all (of course) a lesson on distraction, hoping that it would ward off all of those who are only interested in her petals but not her thorns. Yet, she’s always on the lookout for the one who doesn’t glance away, who lets her trace her fingertips along his face, reading his eyes like her favorite novel.

The thing about women like her is, they aren’t used to being enough by simply being themselves.

She was used to having her corners cut and sanded, to having the best parts of herself edited out to fit the mold someone else thought she should be. But the only thing that occurred was how her heart gradually grew beyond containment until the only option she had was to set it free.

She’s a wild thing you know, like a Luna Moth that lands where she wants, though a more loyal or steadfast woman could never be found. There’s an elixir of contradiction in her eyes, one that will never taste the same or serve to only satisfy the mundane.

She’s magic, this one, and she knows it.

Not because she is cocky, or pompous, but because her soul knows the sting of uniqueness, and that sometimes it’s our greatest gifts that can somehow cause us the deepest pain. So she knows the blue sparks that dance beneath her fingertips and the way that her kisses can slow time and steal it back. She knows this because she knows what it’s like to be alone.

She knows we’re all different, but her secret is how she wonders if she’s the only one to watch the light flicker in the trees, or feel the wind on her skin like lines of virtual poetry.

But never once has she wanted you to save her, she doesn’t need to change, or to become more like the other women that you had bedded in an attempt to forget about her—all she needs is to keep being herself.

And so she stands tall within the field of daisies while the magnolia tree sprinkles its white petals over her heart in the breeze and she waits—to simply be seen.
~
~