The Stomach Cancer-Causing Bacteria Half of us Have & How to Get Rid of It. 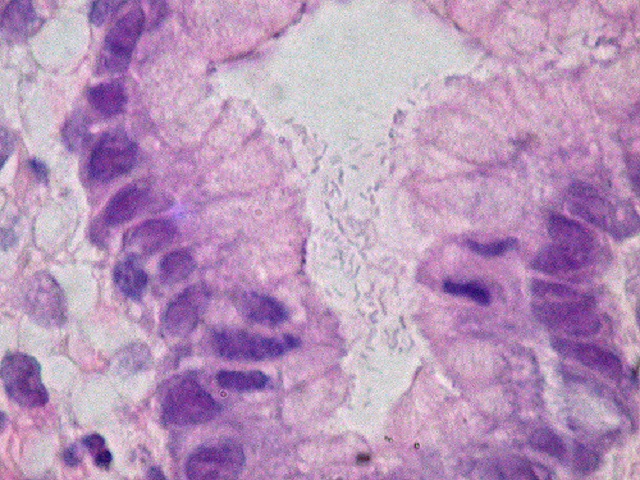 Elephant is not your doctor or hospital. Our lawyers would say “this web site is not designed to, and should not be construed to provide medical advice, professional diagnosis, opinion or treatment to you or any other individual, and is not intended as a substitute for medical or professional care and treatment. Always consult a health professional before trying out new home therapies or changing your diet.” But we can’t afford lawyers, and you knew all that. ~ Ed.

The majority of my clients have had it.

Even my dog has it (I’m currently working on getting rid of it!)

It’s exchanged through saliva, so if you’ve kissed anyone who has it, then you likely have it too.

It’s Helicobacter pylori (H. pylori) and studies show that it infects approximately 50 percent of the population.

This opportunistic bacteria can live in our gut and has been linked to ulcers and stomach cancers. It’s been studied extensively and has also been linked to:

My main symptoms when I had it were migraines and mid-back pain. Once I got rid of the H. pylori, they simply disappeared and never came back.

The most classic symptom is heartburn. These people constantly have acid reflux after eating and some even take antacids regularly. Funny thing is though, heartburn or acid reflux is actually a sign of low stomach acid so medications just mask a much bigger problem.

And H. pylori suppresses stomach acid even more. Stomach acid helps to digest food, and as we get older we naturally produce less of it. No wonder heartburn happens then, right? If you don’t produce adequate amounts of stomach acid being, then food doesn’t get digested well enough and doesn’t sit well with you.

Most doctors will say that it’s “normal” to have H. pylori in your gut, and to an extent they are right. Everyone has a little bit of H. pylori, even Candida and some other kinds of “bad” bacteria or pathogens found in the gut.
~ 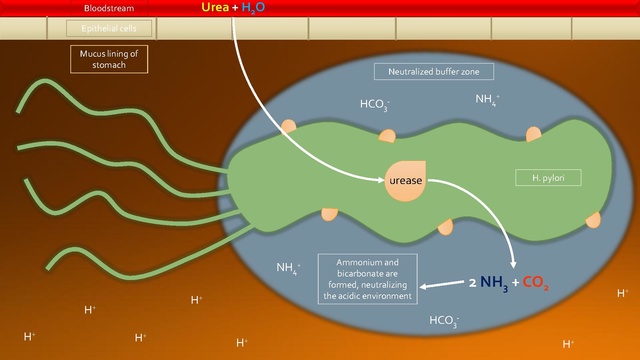 One mechanism H. pylori has to combat the acidic environment of the stomach is the urease enzyme.

However, when bacteria like H. pylori become overgrown, they become a problem.

Any overgrowth of bacteria or yeast in the gut causes widespread inflammation in the body. This inflammation then puts stress on the other systems of the body, causing them to get off track, suppresses the immune system, and ultimately results in all kinds of symptoms.

If you’re lucky enough to find a doctor who will acknowledge and treat a bacterial overgrowth like H. pylori, they typically want to prescribe an antibiotic for it, but treating it like this can cause it to come back with a vengeance.

In one of the functional tests run to look for H. pylori, you can also see what antibiotic it might be resistant to. I can also almost guarantee your doctor isn’t running a test like this.

Plus, when you take an antibiotic, it doesn’t discriminate. It knocks out all the good and bad bacteria, and you need the good bacteria to keep the bad bacteria in check.

(Not to mention that bacteria should be treated on a 60-day cycle to kill all the adult growth and any younger growth. The average antibiotic treatment runs 3-10 days.)

So, how do you properly get rid of H. pylori and keep it from coming back?

It requires a three-prong approach:

1. Cut off its food supply so that it struggles to keep growing. Processed and inflammatory foods such as gluten, dairy, sugar, and alcohol all feed bacterial growth such as H. pylori. By removing these foods, the bacteria loses its fuel source and this will automatically help to prevent more growth.

2. Work on healing the gut and boosting good bacteria to keep it in check. Beneficial bacteria such as Lactobacillus and Bifidobacterium, which are commonly found in probiotics, help to keep bad bacteria such as H. pylori under control. Adding in a daily probiotic and eating fermented foods will help to boost beneficial bacteria levels and the immune system in the gut to fight off the overgrowth of harmful bacteria.

3. Apply some herbal supplements to eradicate it. For centuries, herbs have been used to battle everything from bacteria to parasites and fungus because of their natural antimicrobial properties. Taking a variety of herbs and naturally occurring compounds—such as mastic gum, deglycyrrhizinated licorice root, and matula tea—for a 60-day period has been shown to be effective in containing H. pylori.
~ 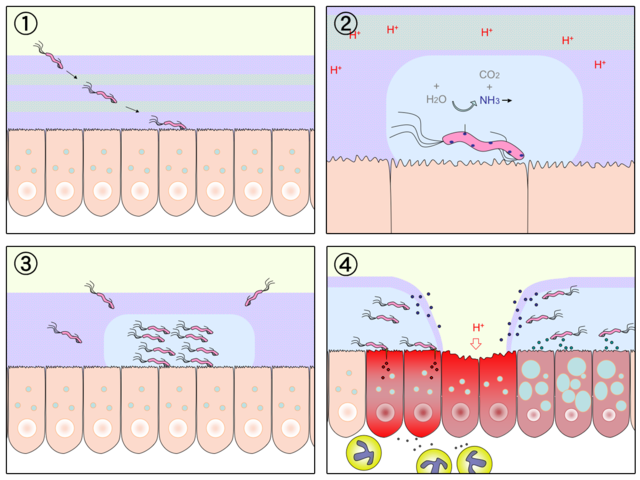 Healing the gut is the most critical part of getting H. pylori under control.

H. pylori and its ilk got out of control in the first place because the gut was damaged, giving it an environment to thrive in. So when we heal the gut, we keep it from coming back. By practicing the three-prong approach, we also heal the gut in the long-term.

If you’ve been dealing with unexplained health issues, are frustrated with constant bloating and digestive upset or just want to make sure you don’t have something like H. pylori creating internal chaos, then testing is an easy way to get a clear picture of what’s really going on for you.

The more information you have, the more you can take charge and really become your own health boss. 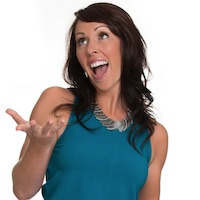