“Andy was a Gift”—The Power of Unconditional Love at First Sight. 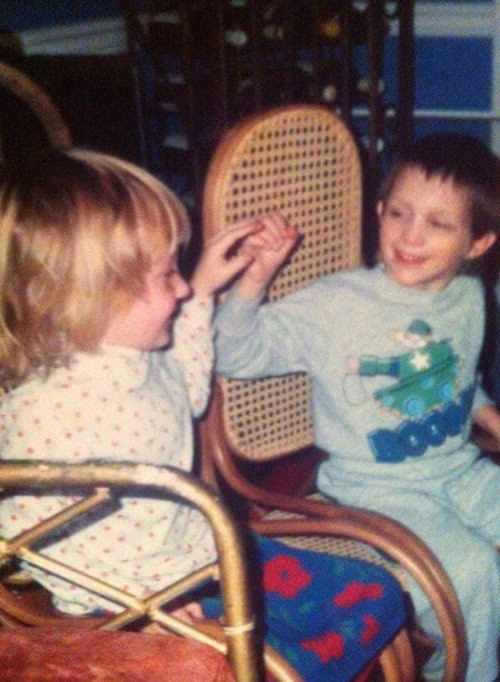 It was March 2nd.

I was killing time on Facebook when I came across a picture of my oldest and dearest friend, posted by his mother.

I clicked on the picture, and started to write a comment, when I noticed people were saying things like, “sorry for your loss” and, “my heart breaks for you.”

Frantically, I scrolled through and read the comments, my heart racing. I clicked on his mother’s Facebook page, and confirmed my deepest fear.

Andy had died. My friend was gone.

For the first time since my father’s passing seven years earlier, I broke down hysterically. My heart hurt beyond comprehension, as the grief was so palpable it was balling up in my throat and choking me.

We had stayed in touch through phone calls and later connected on Facebook. To anyone looking in, my grief may have seem displaced, given that it had been so long since we had seen each other.

But Andy was my everything, in the sense that he was my first, best friend. We met when I was three and he was two. I can tell you what he was wearing that day, and I am not exaggerating when I say we were inseparable until I moved away six years later.

Andy was born with a rare genetic disorder, frontometaphyseal dysplasia. It is so rare that only 100 people in the world have it.

This was something I never understood until I was much older. He had several surgeries as a child, and battled unbelievable pain. Rain or shine, I would show up unannounced and coerce him into playing with me.

He never put up a fight. He loved me, and I loved him, unconditionally. Though there were days where we just watched movies and played with legos, many of our adventures involved us exploring the neighborhood.

I have countless memories of riding bikes, catching tadpoles and lightning bugs, and eating honeysuckles for hours off the vine in my backyard. There was Halloween, the Fourth of July, snow days, first days of school, first days of summer, hours at the pool, laying the grass eating wild strawberries, and watching the Braves play in the World Series. He was at every birthday party, sitting right next to me. We shared a seat on the bus every day. He was my whole world.

As we grew older, my parents sat down to explain to me that Andy was sick, and that no one really knew how long his life would be. This came as a shock to me, and I can say that I never really accepted it. To me, Andy would live forever.

Time went by and I watched him travel to Taiwan, graduate from college, and go on to earn his Master’s in Psychology. He fell in love, and last year, welcomed a beautiful baby boy

At every milestone in his life, I wept with joy. Profound joy, the kind that unconditional love fosters. We messaged back and forth, always talking about needing a phone date or a Skype chat, but never finding the time.

My biggest regret is not finding the time.

I took for granted that he outlived his diagnosis, and assumed I had years to talk to him still. His death hit me like a Mack truck, and for the first time in 20 years, I flew back to my hometown to say goodbye to him.

His service was in the church I went to as a child. I drove countless times down through the old neighborhood. The smells ignited memories I didn’t know I had; my father healthy and vibrant.

If Andy were here today, he would laugh, and cry, with me. His passing ended up becoming a huge catalyst that pushed me to reconcile the grief I felt for my dad. Andy’s death forced me to feel things I didn’t even know I needed to feel. I wept, what felt like harder than anyone in the room, as I blew through a whole box of tissues and sobbed at his service.

I cried for the loss of never being able to sit up all night and talk to him about life, and for the irony that our children finally met, but he wasn’t there. For the pain of knowing that the most important friendship I ever had, was with that little boy, and he was gone.

I cried for our childhood, for the years before things got hard, and the truly innocent love we shared.

I cried for the boy who gave me the strength to endure a lifetime of challenges, because in the back of mind, there was always a deep knowing that I could be loved unconditionally.

I wept for the memories we never made, as the people that came after me, the close friends and teachers, spoke of the Andy they knew.

But, I cried then, because the Andy they knew, was the same Andy I knew. The same tenacity and curiosity, the same wit and comedic timing, the same loving compassionate soul.

I wept then, because I clearly saw that the gift that Andy had given me, he gave freely to everyone he met for the rest of his life. He was more than a little boy, though everything that he became was always present, even at a young age.

I like to think that (being a psychology student myself) because we spent those first few years together, that we truly shaped each other. That as we grew older, the unconditional love we shared remained intact and served as a foundation from which we built how we would communicate and love others in our lives.

Without his friendship, I can’t say I would have the friends I have today, or I would love people the way I do.

I wouldn’t be the mother I am, I wouldn’t sing the songs I do to my kids, or make crepes with grape jelly, or moonwalk, or long to run barefoot in the grass on a hot summer afternoon. I wouldn’t be able to look at another human, and see them for the light that shines within, instead of the body that contains that light.

Andy was a gift, whose light now shines beyond the farthest reaches of the earth and illuminates the heavens.

For my dearest and sweetest friend. This is dedicated to individuals living with frontometaphyseal dysplasia.

All 99 of you—and all of the people that love you, to the moon and back. 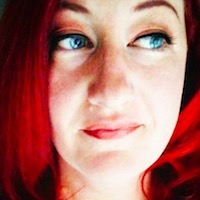