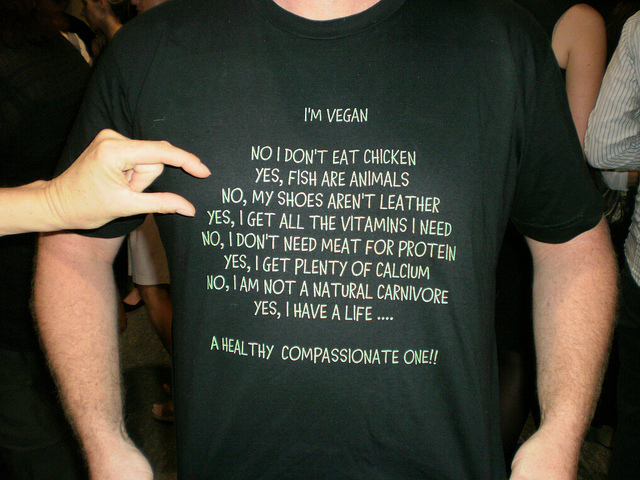 *Editor’s note: This website is not designed to, and should not be construed to, provide medical or dietary advice, professional diagnosis, opinion, or treatment to you or any other individual, and is not intended as a substitute for medical or professional care and treatment. Always consult a health professional about  before trying out new home therapies or changing your diet.

Years ago, I shut a window on the tail of a gecko.

It fell to the ground and continued to wiggle around while I stood in shock with tears streaming down my face. I felt horrible for being the cause of its suffering. In high school, I hit a cat with my car and years later, a deer. I cried for hours after each unintentional incident.

I don’t want to be the reason any sentient being feels pain. So why would I choose to consume a dead animal?

I used to love a juicy filet. It was my meal of choice. I was socially conditioned from a young age to believe that meat was dinner. Like many, I was initially resistant to veganism or vegetarianism and judged them harshly. “Why should I give up what makes me happy?”

But, as I educated myself with the vast amount of knowledge available on diet and its personal and global consequences, I craved meat less and less. I fought the facts for a while—however, as I evolved, I realized each decision has an impact on myself and the world around me.

Being a yogini, I do my best to follow the yamas and niyamas (moral and ethical guidelines from the eight limbs of yoga for a spiritually friendly lifestyle). The first yama is ahimsa, meaning non-harmfulness. It involves much more than not hurting others, but also animals, the planet, and ourselves; causing no injury through deed, word, or even thought.

Eating animals is not a necessity but a choice, stemming from concepts we have been fed most our lives. Social psychologist, Dr. Melanie Joy, coined the term “carnism: the invisible belief system that conditions us to eat certain animals.” For example, dogs and cats may be our cherished pets but cows and pigs are fine to abuse, kill, and consume because that’s what we’re used to.

“People are addicted to their beliefs. When you try to change someone’s belief, they act like an addict.” ~ Dr. Siegel, Yale surgeon

I don’t expect to change anyone’s mind. But I do intend to raise awareness. Here are four practical reasons why eating meat (particularly store-bought) is no longer a sensible option.

The meat industry has done a brilliant job at convincing easily-persuaded consumers that our bodies need more protein than they actually do and that protein must come in the form of dead animal.

Making the connection between diet and wellness is a personal responsibility. The verdict is out: Plant based meals equal better health. Carnivores have much shorter intestines than people and can digest flesh more quickly. Eating meat can cause heart disease and other serious ailments.

Vegan diets are rich in natural protein, and increase mental clarity, confidence, vitality, and guilt-free happiness. There are a plethora of delectable recipes online!

“It is my view that the vegetarian manner of living, by its purely physical effect on the human temperament, would most beneficially influence the lot of mankind.” ~ Albert Einstein

“The beef industry has contributed to more American deaths than all the wars of this century, all natural disasters, and all automobile accidents combined. If beef is your idea of ‘real food for real people’ you’d better live real close to a real good hospital.” ~ Neal D. Barnard

Each time someone purchases animal products from the majority of stores and restaurants, they are voting against animal rights and choosing to continue their abuse. Supporting the meat industry endorses violence and extensive harm but it’s easy for people to deny the invisible truth because the tortured victims are out of sight. The conscious animals are held captive and given no purpose in their life.

And we are what we eat. When compassion outweighs personal addiction to likes and habits, the world will find peace. Getting upset when other cultures eat dogs—while still eating pigs and cows in our society—is absurd. You either eat meat or you don’t. Being responsible for violence wraps us in a whirlwind of negative karma.

“Were the walls of our meat industry to become transparent, literally or even figuratively, we would not long continue to raise, kill, and eat animals the way we do.” ~ Michael Pollan

“Think occasionally of the suffering of which you spare yourself the sight.” ~ Albert Schweitzer

“But for the sake of some little mouthful of flesh we deprive a soul of the sun and light, and of that proportion of life and time it had been born into the world to enjoy.” ~ Plutarch

“A man can live and be healthy without killing animals for food; therefore, if he eats meat, he participates in taking animal life merely for the sake of his appetite. And to act so is immoral.” ~ Leo Tolstoy

Vegetarians make much better lovers because they aren’t energetically weighed down by dead animal flesh wasting in their guts. Sexual energy is able to move throughout the body more fluidly when the system is cleared of the heavy vibes from stagnating, rotting meat. Arousing sensations are more full-bodied and can last much longer.

Going vegan changes the chemistry in the body, even making bodily secretions smell better. The heaviness of a meat diet restricts blood flow, especially to that special area below the belt. It increases toxins in the blood and can result in impotence and erectile dysfunction. Meat is not macho. That mentality must die. A vegan diet increases libido, sexual stamina, virility, and longevity.

“As long as man continues to be the ruthless destroyer of lower living beings, he will never know health or peace. For as long as men massacre animals, they will kill each other. Indeed, he who sows the seed of murder and pain cannot reap joy and love.” ~ Pythagoras

It’s no secret anymore that the livestock industry is destroying our precious planet. Millions of acres are cleared for cattle and the grains to feed them for human consumption. Deforestation is a major international threat. Up to 90 percent of the Amazon rain forests are being demolished. Air pollution and climate change are increasing on a massive scale. To simply look the other way because it’s more convenient is not only irresponsible, it’s selfish.

“By eating meat we share the responsibility of climate change, the destruction of our forests, and the poisoning of our air and water. The simple act of becoming a vegetarian will make a difference in the health of our planet.” ~ Thich Nhat Hanh

“To seriously fight climate change, more plant-based diets will be needed. Our analysis shows if the world went vegetarian that cut in food-related emissions would rise to 63%. And if everyone turned vegan, 70%.” ~ Cowspiracy, National Academy of Sciences

Bringing more light to this wretched system helps to free ourselves from it. “It blocks empathy and other qualities vital to us. It is irrational and inhuman. We have been wrongly programmed to believe the myths that eating meat is normal, natural, necessary. The system is built on deception and relies on us to not care. Awareness is the greatest threat.” ~ Melanie Joy

There exists some heavy animosity between vegans and vegetarians and people who still decide to eat meat. Meat-eaters’ arguments just aren’t valid anymore.

Isn’t a fairly simple choice preventing the destruction of our planet, our bodies, and our karma well worth the initial challenge of a gradual diet change? Eliminating dead animals from my cuisine continues to benefit and enlighten me in indescribable ways. I feel less heavy physically, as well as emotionally, and much more wholly nourished.

“I have no doubt that it is a part of the destiny of the human race, in its gradual improvement, to leave off eating animals, as surely as savage tribes have left off eating each other when they came in contact with the more civilized.” ~ Henry David Thoreau 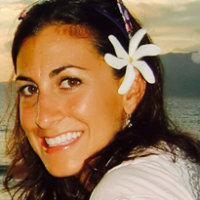